19 Best Songs about Monsters that Will Give You a Chill 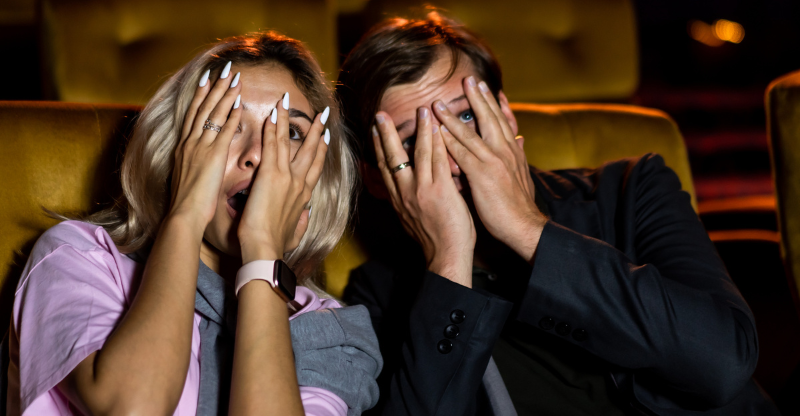 Monsters are one of many enduring legends that still have a surprisingly strong effect on individuals in a modern, science-focused world. As a result, several music artists have performed songs about monsters in all their forms. Learn about some of the best songs about monsters and see how musicians approach this sometimes scary topic. Mwahahaha.

This is a lighthearted song about the Frankenstein monster starting a dance craze that all the monsters end up enjoying at a monster party. It’s based on the dance The Mashed Potato and Frankenstein’s monster, which is why “mash” is in the title. It’s gone down in history as the most successful novelty song. You’re almost guaranteed to hear this one at a Halloween party!

Related: Check out our playlist of the best Halloween songs.

This song is about two lovers reuniting and dealing with the “monster” inside each other. Bebe Rexha and Jon Bellion wrote it with Eminem. Rexha was inspired to write it based on her experience with being dropped from a record label.

Tom Petty sings of wannabe punks hanging out at a location known as the “Zombie Zoo” in this piece. It refers to a real-life underground deathrock club in Los Angeles that was popular in the late 1980s.

This track explores war, American politics, and culture through a critical lens. It runs nine minutes and 15 seconds long. After its release, it was popular on college radio stations, as protests were prevalent in those locations.

The Monster is Loose – Meat Loaf

The anger that comes from being lonely and facing mistreatment can be disastrous. Meat Loaf explores those feelings here.

Related: This song features on our playlist of songs about being mistreated.

A well-dressed and well-mannered monster who preys on helpless ladies is the subject of this song. It was Warren Zevon’s only Top 40 hit as a singer.

This is the fifth song on Sly Stone’s album High On You in 1975. It’s an instrumental piece in the R&B/Soul category.

This monster-themed version of R.E.M.’s ‘Shiny Happy People’ was performed on Sesame Street in 1999. It is a sunny song about friendly monsters instead of scary monsters, even though its origin is the student uprising against the Chinese government in Tiananmen Square in 1989.

Kanye West sings of standing up to your detractors and being proud of your achievements. This song features Nicki Minaj and Rick Ross.

Here’s a dark song about rising from the dead and similar vague themes. It’s the 11th track on the album Famous Monsters.

The narrator of this track will help a love interest face inner demons. It features Katie Sky and was released in 2014 on the album After Hours by Timeflies.

The Cranberries were inspired by a tragedy in England when writing this track. It tells of the battle for Irish independence.

This is the opening track of Ne-Yo’s album Libra Scale, which tells the story of three sanitation workers who are granted every wish they’ve ever had, including superpowers. The catch is that they can’t fall in love, which adds drama and conflict to the album.

James Blunt wrote this piece for his father, who died of chronic kidney disease. It was co-written with Amy Wadge, who has written a number of hits with Ed Sheeran.

This song pays homage to classic vampire films. It’s about an actor attempting to retire from horror roles. The title is based on actor Bela Lugosi, known for his portrayal of Dracula.

Sometimes, we’re so desperate for love or companionship that we go about finding it the wrong way. That’s what this song is about—it’s not about an actual monster! It’s been covered numerous times and seems to have a different feel each time.

The Thing That Should Not Be – Metallica

Metallica based this track on H.P. Lovecraft’s short stories about the monster Cthulhu. An earlier song by the band called ‘The Call Of Ktulu’ had the same inspiration.

Would You Love a Monsterman? – Lordi

Many consider this track to be Lordi’s definitive piece. The narrator asks someone if they can love an imperfect “monsterman.”

This collaborative track tackles the topic of toxic relationships that are hard to let go of. blackbear’s feature was the first foray into rap for All Time Low.