Rise and Shine! Here are 12 Great Songs about Morning 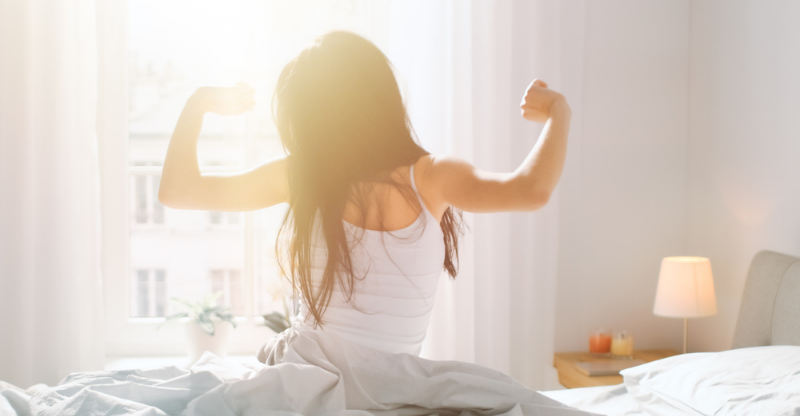 The morning is a magical time of the day so it comes as no surprise that songwriters have written a fair few songs about it.

In this list, artists like Meghan Trainor, Cat Stevens, and Joni Mitchell capture the energizing, hopeful feelings that come with the rising of the sun. Filled with a dynamic mix of popular upbeat singles and positive relaxing tracks, here is a playlist of songs about the morning.

Time to rise and shine!

Cat Stevens was rifling through old hymn books one day and found a set of lyrics he found particularly beautiful. He decided to put music to the words and ‘Morning Has Broken’ was born. Though it was an old hymn, after Stevens resurrected it many other artists including Neil Diamond went on to cover his poetic version.

A Beautiful Morning – The Rascals

During The Rascals heyday in the 1960s, it was a particularly unsettled time in America socio-politically. Because of this, the band strived to bring a sense of hope to listeners via their songs. ‘A Beautiful Morning’ charted high in the US, almost reaching the top spot. They also had another big hit with their summery tune ‘Groovin’.’

The Beatles are legendary songwriters producing hits like ‘I Wanna Hold Your Hand’ and ‘Hey Jude.’ Occasionally, their songs could get a bit quirky. In the case of ‘Good Morning Good Morning’ bandmate John Lennon took a bit of a novel approach by adding several animal noise sound effects to the track. He got the idea for the eclectic song while watching a cereal commercial one morning.

Chelsea is both a beautiful sought-after area in London and in New York City. In this song’s case, songwriter Joni Mitchell wrote it after moving to the big apple after a divorce. She was moved by the beauty of the area and how much healing she was able to do surrounded by good friends and great little spots to perform at. This all happened before she hit it big with her first record deal.

The Eagles are known for leaving their songs open to interpretation. Their smash hit ‘Hotel California’ is famous for its many possible meanings. ‘Train Leaves Here This Morning’ has a melancholy twist to it and many fans believe it’s about a heartbreaking end to a marriage after a spouse cheats.

Legendary artist Stevie Wonder faced a lot of hardships in his life but that didn’t stop him from writing upbeat inspirational tunes. Comparing a newfound love to the biggest star in our sky, Wonder sings about taking a chance and falling for the perfect someone with ‘Happier Than the Morning Sun.’

This song features a lot of talent and it begins with rappers from critically acclaimed band The Roots stepping out to record a solo song with ‘Good Morning.’ Funk band The Roots has a regular gig as the house band on the Jimmy Fallon Show, but for this song the group’s rappers teamed up with lyrical masters Pusha T and Killer Mike to release an energetic track about personal awakening.

Angel of the Morning – Juice Newton

Merrilee Rush was the first to release this song in the late 60s and just as the hit was climbing the charts the label went bankrupt. Though she never quite made it to mainstream music recognition this song’s romantic outlook stuck with listeners through decades. The Pretenders frontwoman Chrissie Hynde sang a portion of this song live on an episode of Friends when she played a coffee house troubadour unwittingly upstaging Pheobe’s territory.

Early in the Morning – The Gap Band

This funky tune was The Gap Band’s biggest hit. It was released in the early ’80s but has resurfaced over the years when artists have recorded popular covers of the tune. It was also featured in the ’08 film Be Kind Rewind and Dave Grohl has even mentioned the song helped inspire him for the drum intro. on one of Nirvana’s biggest hit songs, ‘Smells Like Teen Spirit.’

It doesn’t matter what state you are traveling through in the US, if you are performing country music and a George Strait tune is requested by the audience, it will be his early hit ‘Amarillo by Morning.’ It’s one of the genre’s most popular tunes of all time and it tells a beautiful rodeo story in ballad form. Before George Strait released the tune, Chris Ledoux was the first to record it in 1975.

The Morning – The Weeknd

The Weekend, who is actually a solo performer- not a band, gets a bit naughty with his tune ‘The Morning.’ Written about a house full of ladies of the night (whether this destination is real or not, no one knows), he describes his night spent with the women. This track takes a more direct lyrical approach as opposed to his other songs which have more open-ended messages appropriate for radio.

This dreamy, moody song finds the protagonist waking up in the morning after having been through a long emotional night. ‘Morning’ is featured on Beck’s concept album Morning Phase, which uses the tracklisting to take the listener on a day’s journey from beginning to end. Throughout the album he played heavy on words. For instance, when singing about the morning he compared it to mourning something.