29 Songs about Moving On and Going it Alone 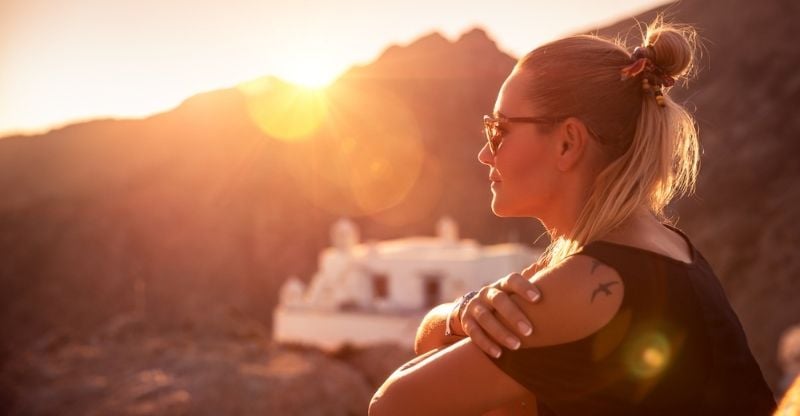 Sometimes, moving on is the best thing a person can do for their happiness and grow as a human. As you’re about to see, it’s a perennial subject in songwriting, as songwriters – being creative types – have had their fair share of relationship woes.

So, here are some of the best songs about moving on ever written – many of them are pretty uplifting songs. Enjoy 🙂

Since U Been Gone – Kelly Clarkson

This song is about two exes, one who has grown and become happier since their breakup and one who regrets the split. This track and the album it appeared on granted Kelly Clarkson two Grammy Awards, making her the most successful American Idol winner to this day.

Hailee Steinfeld, Alesso and Florida Georgia Line sing about a love that isn’t working out like it used to in this track. Steinfeld likens it to her own experiences of trying to balance work with romance and has said that, while this sounds like a breakup song, it’s really about loving someone enough to let them go.

This song is about a self-centered love interest who’s making the protagonist’s life miserable. While the track has been rumored to be about Selena Gomez, Justin Bieber has only confirmed that it’s about an ex-girlfriend. It was co-written with Ed Sheeran and won Bieber one of four American Music Awards that he took home in 2016.

We Are Never Getting Back Together – Taylor Swift

Taylor Swift wrote this track in only 25 minutes with help from Max Martin and Shellback. It is rumored to be about her breakup from actor Jake Gyllenhaal, and focuses on the final end of an unhappy, on-again off-again relationship. It was Swift’s first Number One hit song.

It can be hard to let go of a relationship and set boundaries with an ex. This Dua Lipa track explores those boundaries. Lipa reached Number One on the UK Charts with this single in 2017 as the first female artist to do so in nearly two years.

While this sounds like a track about breaking up with a hurtful, lying romantic partner, Grace Carter has said that it’s actually about her attitude toward and fatigue surrounding her father’s abuse. It’s about standing up to someone hurtful and realizing you deserve “the opposite,” as Carter sings.

Here, Lizzo sings of leaving a non-committal partner and pursuing a new romance with a Minnesota Vikings team member—Lizzo moved to Minneapolis, Minnesota in 2017 and is said to be a big fan of the Vikings. The singer became the third female rapper to hit Number One on the US Hot 100 chart with this track.

Inspired by the reality TV series of the same name, this song referred to sticking it out through intergroup struggles, including the loss of three members within the space of one year. Destiny’s Child leader Beyoncé has said that this song marked an important turning point for the group.

This song is about moving on from an ex-boyfriend who is “so yesterday.” It’s really about putting a past love into perspective and moving into the future with a clean slate. Hilary Duff was reluctant to sing the track, but came to love it after recording it.

As the title suggests, this track explains that the pain of heartbreak will improve over time, even if it feels earth-shattering when it first happens. It charted in numerous countries around the world after its release in the Top Ten position.

Before He Cheats – Carrie Underwood

This wildly well-known crossover country track is about seeking revenge on a cheating lover. Carrie Underwood feared that she would receive backlash for it’s harshness, but it turns out that her worries were unwarranted; ‘Before He Cheats’ won several awards and was the first country track to be certified as a double-platinum single in the United States.

Look At Her Now – Selena Gomez

Moving on from a breakup is a triumphant and optimistic moment in this Selena Gomez track. It was released one day after Gomez’s ‘Lose You to Love Me,’ which is a more somber track that serves as an interesting contrast to the upbeat vibes of ‘Look At Her Now’ and shows how the end of a relationship can lead to both types of feelings.

In one of Britney Spears’ earlier hits, the pop star sings about getting stronger despite facing a number of heartbreaks. It’s interesting in that the line “My loneliness ain’t killing me no more” refers to Spears’ other hit track, ‘Baby One More Time.’

This song is said to be about a brief affair that Leonard Cohen had with Janis Joplin at the Chelsea Hotel where he lived at times. Cohen later regretted calling out Joplin as the inspiration for the track and considered it the only real mistake in his music career.

Related: see songs about an ex.

Boyz II Men sing of a painful breakup in this track. It was unique for the group in that each member had solo vocals. This interesting change may have helped the song find popularity; this was the track that allowed Boyz II Men to find stardom.

Maggie May refers to the name of the woman who was a part of Rod Stewart’s first passionate fling. However, the name itself does not appear in the song—though Stewart has sometimes introduced the song with the name while performing it live.

Related: see songs with a woman’s name in the title.

This song is about moving on after a lover has caused too much pain, and suggesting that they do the same—especially since they’ve been unfaithful, anyway. It was originally released as a teaser track for a later release.

Skinny Love’ is about pursuing a non-substantial relationship for the wrong reasons. Birdy gave the track new life with her cover in 2011 when she was only 14 years old. Interestingly, this has been a very popular track on various singing competition shows across the globe since then.

Better By Myself – Hey Violet

This is a track that is about finding peace after a breakup and realizing one is better off alone than in a painful relationship. Released in 2017, it was Hey Violet’s first track to not feature keyboardist Miranda Miller, who left the band on good terms the same year.

Stitches’ was the first song by Canadian artist Shawn Mendes to reach a Billboard airplay chart. It’s about the pain and suffering that a breakup can cause, making one feel as if they need stitches. Mendes was reluctant to sing a song he didn’t write but feel in love with its music and lyrics in the end.

This is an uplifting breakup song that helps listeners feel the positive side of a romantic split and realize that it’s possible to fall out of love and move on from heartbreak. It has the same title as the EP that it appears on.

This song is about dreaming that things are okay only to wake up and realize your heart is still broken. It highlights the many ways that a romantic breakup can affect one’s life, whether awake or asleep.

Related: see songs about loving someone who isn’t around anymore.

This song is about a breakup that Amy Winehouse faced that led to her going back to destructive habits from her past, which is what the title refers to. Winehouse ended up marrying said boyfriend, Blake Fielder-Civil, in 2007.

Cry Me A River – Justin Timberlake

Cry Me A River,’ which is about making sure a cheating ex knows you moved on, was inspired by a heated phone call Justin Timberlake had with ex Britney Spears after she talked about him at a concert that he attended.

Related: see songs about having an affair.

There You’ll Be – Faith Hill

This song was written for the film Pearl Harbor and appears on its soundtrack. It’s about still feeling someone you loved and lost in your heart and always appreciating whatever amount of time you had with said person. This was Faith HIll’s only Top Ten hit in the United Kingdom.

Too Good at Goodbyes – Sam Smith

Sam Smith sings of getting used to—and good at—being dumped in this heartbreaking track. It topped charts across the world after its release, reaching Number One in the United Kingdom. An acoustic version and two remixes have also been released.

This track is said to be about any several famous lovers of Carly Simon’s, primarily Warren Beatty. In any case, it’s a song about a vain love interest and the heartbreak he causes. Some of the interesting lyrics’ origins remain a mystery to this day.

Whitney Houston covered this Dolly Parton classic in 1992. It’s about the pain of knowing you will love someone that you can’t be with for the rest of your life. It appeared in the 1992 film The Bodyguard.

This song—which was inspired by Miley Cyrus’ split from husband Liam Hemsworth—is about moving on from a love between partners who have outgrown each other. It also alludes to needing to step away from a partner who is falling into destructive, partying habits, which Hemsworth was believed to be doing.