19 Best Songs about Nature to Help You Appreciate its Beauty 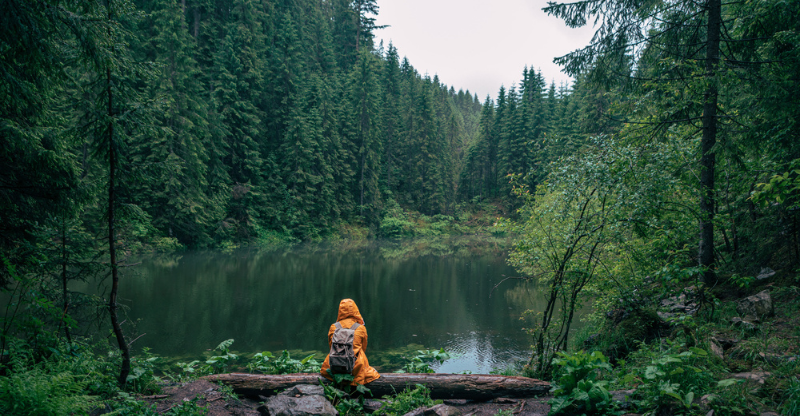 Planet Earth is a beautiful place to live, from the vast oceans to the thick forests. Take a moment to appreciate its beauty with these songs about nature. Many of the songs on this playlist urge everyone to make environmentally-conscious choices to reduce global warming to keep the earth alive longer.

Neil Young takes a moment to appreciate mother nature with ‘Natural Beauty.’ He talks about the importance of preserving nature and references the deforestation of the Amazon that has been happening for decades. If you’re feeling appreciative of the world, this is an excellent song to listen to!

This song paints a picture of a doomed world due to climate change. Nobody worried about their fate even though the future looked bleak, and nobody ever tried to change their life because other people around them weren’t. The song charted at number 96 in the US and did even better in the UK, Australia, and Belgium.

Climate change concerns aren’t new to the new millennium. Marvin Gaye had his concerns when he released this song in 1971. He sings of radiation killing animals, poisons blowing in the wind, and smog that prevents blue skies. It must have struck a chord with many others because it charted at number 4 in the US.

This pop song was written for the 2017 film An Inconvenient Sequel: Truth To Power. The narrator of the song is the earth. The earth believes in humanity and wishes that humanity could believe in the earth. The song points out that the earth isn’t eternal and that there are consequences for not caring about the planet.

Going Up the Country – Canned Heat

Canned Heat adapted this song from a blues song popular in the 1920s. They performed it at Woodstock in 1969, and it became a popular road trip song among nature-loving hippies who wanted to leave behind concrete jungles to get closer to earth. The song charted at number 11 in the US and 19 in the UK.

Where Have All the Flowers Gone – Peter, Paul and Mary

This song calls for peace since it talks about soldiers passing away in a war. The song also points out how cyclical life is. The song starts with young girls picking flowers, the girls grow up and get married, the married men go to war, the soldiers get buried, flowers grow in the graveyard, and the girls pick the flowers. The song suggests that war is cyclical like nature.

John Anderson sings of how the Seminole group of Native Americans had to watch immigrants search Florida for silver and gold. After they dug everything up, they left the land bare and disturbed. The song calls attention to how destructive it is to drain the earth of its resources to become wealthy.

Don’t Go Near the Water – The Beach Boys

Is it fitting or ironic that The Beach Boys made a song urging you to stay out of the ocean because of pollution? They call attention to how pollution in the water affects life on land and that it isn’t safe for humans to go near it. The song was released in 1971 on the Surf’s Up album.

After the Gold Rush – Neil Young

‘After the Gold Rush’ is a dreaming song that will take you on a journey through time, starting with the Middle Ages and ending with a new life on a distant planet in the future. In the song, the earth became uninhabitable due to pollution and climate change, and humanity was forced to find a new place to live.

Sunshine on My Shoulders – John Denver

John Denver was waiting for spring to arrive and felt gloomy on a dismal day. He set out to write something to match his mood, but he ended up with a beautiful song that appreciates the sun’s warmth. The song charted at number 1 in the US and Canada.

(Nothing but) Flowers – Talking Heads

This song is about a “reverse” post-apocalyptic world where nature has overrun modern society. There aren’t any restaurants, highways, or technology in this world—only plants and flowers. While it sounds like a good thing that nature reclaimed its presence, the narrator struggles with his dependency on modern-day conveniences. He wants to mow the grass, but he can’t. He wants to buy a ready-made meal, but he can’t.

Fun fact: After the split of indie band The Smiths, Johnny Marr flew over to the States to join them on this record.

‘Radioactive’ is about realizing that the world is changing and accepting that you have to make changes. The song’s meaning is open to interpretation, so some may see it to be about climate change while others may understand it to be about social issues or change in general. The song reached number 3 in the US and 12 in the UK. It was on Imagine Dragon’s debut album, Night Visions, and quickly became one of their most iconic songs that propelled their career upward from the start.

Folk singer Joni Mitchell was inspired to write this song when she was in Hawaii and saw a huge parking lot just below a beautiful mountain. It made her think about how humanity has taken nature for granted and covered it with manufactured things rather than appreciate its beauty. The song charted at number 11 in the UK and 24 in the US.

‘S.O.S. (Mother Nature)’ is a plea for people to take better care of the earth. will.i.am. talks about how climate change is rapidly changing the earth and that the earth is in danger because of how fast everything is happening. This song was included on the Songs About Girls album, which isn’t totally out of place since it’s about Mother Nature!

Time is Ticking Out – The Cranberries

Lead singer Dolores O’Riordan was inspired to write this rock song after reading about the nuclear disaster at Chornobyl. She warns everyone to consider the consequences of their actions because the planet won’t last much longer if there are more nuclear disasters. The song wasn’t released as a single, so it didn’t get much attention.

This song is nothing but appreciation for the beautiful world we live in. From the roses to the rainbows, Louis Armstrong takes a minute to admire all of it. This song charted at number 1 in the UK and 32 in the US. It didn’t rank as high in the US because the head of ABC Records couldn’t stand to listen to the song.

Related: Check out more songs to lift your spirits.

Paul McCartney was inspired to write this song after attending a transcendental meditation camp. While that camp was the spark that led to this song, he used childhood memories of riding his bike into the woods to develop the lyrics. McCartney recorded the vocals and the guitar himself while alone in the studio.

Where Do the Children Play? – Cat Stevens

Cat Stevens mentions how tall buildings take up space in the sky, and roads cover the grass. Grass is a valuable space where children can play, so the singer questions where the children will go if all this space is taken up. This song asks everyone to stop polluting the earth and think of future generations.

Lil Dicky collaborated with about 30 artists to create a serious but comical song about how there’s a lot to love in the world, so everyone should just get along and agree to take care of the world together. The song was released around Earth Day in 2019 and urges everyone to start trying to fix the climate so the world won’t be doomed.