21 Best Songs About Night and Night-Time 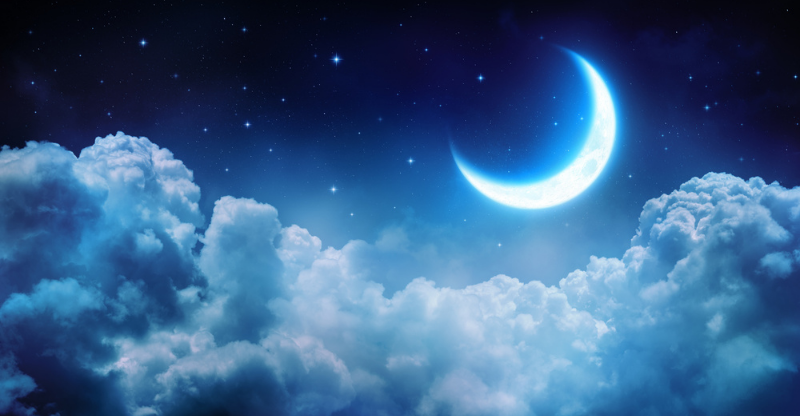 There’s something magical about the nighttime that makes it a fantastic inspiration for various art forms. Music is no exception, as evidenced by the numerous songs that have been written on the topic. Here are some of the most famous and popular songs about night and some eye-opening details about each one.

This song is about a nostalgic and romantic night in the protagonist’s memory. The song started out with more suggestive lyrics, but these were rewritten to some extent to appease conservative radio stations. The Four Seasons became the only artist to have hit singles before, during, and after the Beatles when this track went to Number One.

Whatever Gets You Thru the Night – John Lennon

John Lennon had an uplifting message with this track. That message was an encouragement for listeners to do that which makes them happy. Lennon made a wager stating that he would perform live at an Elton John concert if this track went to Number One. It did, and Lennon appeared in what would be his last live performance before his death.

This Avicii track is all about living life in the moment. It was also written as an ode to the uncredited vocalist’s father – vocalist Nicholas “RAS” Furlong was also the song’s writer. Avicii’s manager came into the song’s possession, leading to the collaboration between the two musicians and the song’s release.

Strangers in the Night – Frank Sinatra

Here’s a romantic classic about two strangers meeting by chance and finding romance. It was originally written by Ivo Robic for a Croatian music festival. Frank Sinatra’s version became his comeback song, allowing him to hit Number One after 11 years. It’s been covered by numerous artists since Sinatra’s version was released.

All Day and All of the Night – The Kinks

The Kinks sing about a classic theme with this hit: wanting to be with your special someone all day and all night. The band was pressured to release this track quickly after their first hit, ‘You Really Got Me,’ but the rush didn’t hurt the song’s lyrics or sound—it charted in multiple countries after its release.

Lionel Richie invites the listener to a fun party that will last all night in this song. Richie said that it took him roughly two months to write the piece, as he could not figure out how to end it. One day, inspiration hit him and the track was finished.

This song is about a crucial passionate encounter between a young couple, although the title has been said to have several meanings. On a broader level, the song is about coming of age and finding freedom as a teenager. It was inspired by the movie American Graffiti which as set in the early 1960s.

Elton John wrote this song with frequent collaborator Bernie Taupin, who was inspired by the British dance clubs that he frequented as a youth. John has said that the idea was to write a rock-n-roll song with English cultural influences, a unique move for the singer-songwriter at the time, who usually covered American culture in his tracks.

Katy Perry has said that this Friday-themed track is an ode to those wild party nights that partygoers look back on with fond memories. It was inspired by a party that Perry attended, though some fictional elements were added. It added some fun to an album that also had some deeper tracks.

Let’s Spend The Night Together – The Rolling Stones

This song is about a romantic night between the protagonist and his love interest. It was often played on the radio with the word “night” censored out, while the Rolling Stones ended up singing “Let’s spend some time together'” in later live performances.

Adam Levine sings of feeling guilty about staying with a lover when the relationship isn’t working out. The “one more night” seems to keep going on in this case. The track has reggae-style influences and was one of the first ones that Maroon 5 sought outside collaboration on as they became a pop music force.

This quintessential 1980s pop hit seems to be about a sunglasses-wearing protagonist who watches his lover as she commits untrue acts and lies to him. Despite its ongoing popularity, Corey Hart has said that he has never gotten sick of the song and still enjoys hearing it come on in public.

This track was used for the film Saturday Night Fever, which the Bee Gees’ producer was working on. It stayed at Number One in America for eight weeks—longer than any other song the year it was released, which was 1978. It’s about getting a “night fever ” from a romantic interest and the power of mutual attraction.

While this song was written to be open to interpretation, there is a theme of unending love running throughout. It is considered to be The Moody Blues’ most famous song by many.

Last Night I Dreamt That Somebody Loved Me – The Smiths

This song’s simple lyrics describe what the title suggests – dreaming that you have a romantic partner that loves you. David Bowie has said that this is his favorite song by The Smiths. Sounds from the 1984 to 1985 miners’ strike are included at the song’s beginning for two minutes.

AC/DC – You Shook Me All Night Long

AC/DC sings of an exciting encounter with a love interest and compares the experience to driving a fast car. The track’s guitar solo is considered to be one of the best of all time by many sources.

Written to describe the peaceful feelings that a rainy storm can evoke, ‘I Love a Rainy Night’ became Eddie Rabbitt’s biggest crossover hit as a country artist. Rabbitt started the song in the 1960’s but didn’t complete it until 1980.

Dance the Night Away – Van Halen

Spirit In The Night – Bruce Springsteen

Bruce Springsteen tells a story of an adventurous and youthful night with this track. Manfred Mann’s Earth Band covered it in 1977 and hit the Top 40 chart in the United States.

(Looking For) The Heart Of Saturday Night – Tom Waits

This classic tells the story of a young man driving around on Saturday night looking for “his heart,” although there’s some ambiguity to the track. The raw concept of looking for the heart existed long before the song or its tune came to be.

The protagonist of this song asks his love interest to give him one more night to prove how much he loves her. ‘One More Night’ became Phil Collins’ second Number One hit single in the United States. The lyrics are meant to be more optimistic than desperate or sad.