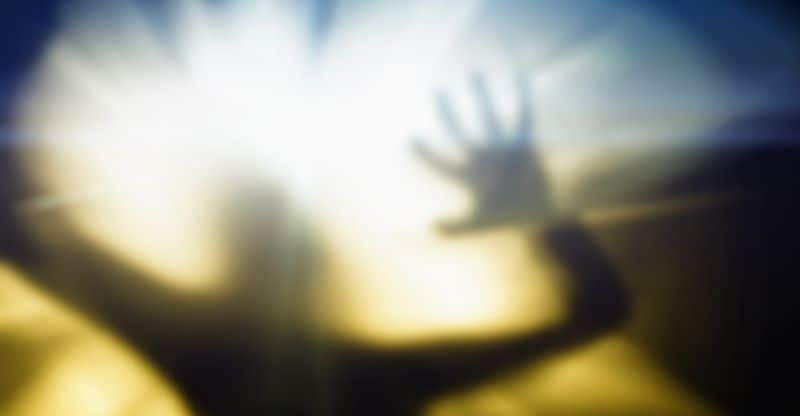 Nightmares are something all of us experience from time to time. They are usually pretty traumatic.

Songwriters, made of flesh and bone like us, are no exception and experience them too. As we’ll see, many songwriters use them metaphorically to depict something dark inside themselves or something wrong about society.

So here are some of the best songs about nightmares ever written. Some will make you want to bury your head under the sheets :-0

Everyone who experiences lucid dreaming and sleep paralysis knows how scary they can be. Not being able to move but still being aware of your surroundings – it sure does sound like a nightmare.

Jared Higgins, best known as Juice WRLD, uses the idea of lucid dreaming to describe his heartbreak. The singer sees his ex in his dreams which leaves him feeling paralyzed.

People can be walking red flags who aren’t ashamed to admit that they’re no good. Weirdly enough, not even that can stop some people from trying to be with them.

In this song, the singer makes fun of her lover for not taking her warnings seriously and ending up hurt. Next time, if a person tells you they’re bad news, maybe you should believe them…

Children can sometimes say things that make you wonder if they’ve lived on this planet before. Our singer’s grandson deeply inspired his grandma without even knowing it.

‘Bad Dreams’ was inspired by Joni Mitchell’s grandson, who once said: ‘Mamma, bad dreams are good in the great plan’. By the end of the song, she accepts the reality as it is, not as she wishes it to be.

The worst kind of nightmares are those that are realistic and include real people and situations, and what better song about a nightmare than one that came directly from a dream.

The singer has a dream about running into a burning house to save her ex, ready to die with him. The song describes a relationship in which former lovers can only be together in a dream, no matter how awful it is.

Bad dreams come and go. They are a part of life and there’s no point in dwelling on them. In our next song, Yorn and Johansson use this idea as a metaphor for bad things in life.

This song is all about acceptance. Accepting that you are getting older, that your relationship didn’t work out, or anything else that life brings. Acknowledging and accepting your faith makes living a lot easier.

Suffering from insomnia is never fun and sometimes it can last for months. Four months of insomnia paired with nightmarish hallucinations sounds like hell, and it’s exactly what inspired our next song.

Our next singer went through awful periods of sleeplessness. During this time, she had half-sleep hallucinations of sirens calling out for her. It inspired ‘Sirens’, which is now a plea for her to escape the forces that bind her.

It’s often that we dream of people we love dying. Those dreams tend to be the hardest to deal with in the morning, and our next song describes that feeling.

The song was inspired by Robert Smith’s nightmare in which he dreamed of his wife drowning. It woke him up in the middle of the night in distress and panic, and he found comfort in his wife’s presence.

Last Night I Had a Dream – Randy Newman

Dreams described in songs often follow a pattern or tell a story. In reality, however, they’re hard to follow and often make no sense when we think about them the next day.

In this song, Newman created a feeling of a nightmare we’d all have. It’s disjointed and makes no sense when you try to retell it. The song perfectly captures the fragmentation of a nightmare, but also the intensity of the emotions it brings.

The System Only Dreams in Total Darkness – The National

We’re living in a corrupted system where a lot of people struggle to survive every day, so it comes as no surprise that a song with a political overtones found its way on our playlist.

The singer admitted that this song was inspired by 2016 Presidential Election. The ‘system’ represents the political structure of the USA. The track is filled with imagery of confusion and darkness, showing the harsh reality of the US society at that time.

There’s no way our playlist about nightmares could go without some real horror rap, and how could we choose anyone else but the rap God himself, Eminem.

Sometimes, you don’t have to fall asleep to experience a nightmare. In ‘3 A.M’, Eminem’s alter ego, Slim Shady, becomes a serial killer who escaped from a rehabilitation clinic. Definitely wouldn’t recommend this song to those who have a weak stomach.

Evil manifests itself in many ways, and our song explores one that not a lot of us can relate to, but it’s still one that’s very present in today’s world.

A lot of people dream about becoming rich, but not many of them realize the bad sides of wealth and fame. In this song, Peter Green describes the dream he had in which the devil warned him about the evils of money that changed him.

Nightmares – A Flock of Seagulls

Losing our loved ones seems like the worst dream we could have, and it’s even worse when that nightmare becomes reality.

The song begins with the description of a mother helping her child calm down, her arms being her kid’s safety. Now, the child grew up, their mother passed, and they’re struggling to find peace in a world without the arms that used to comfort them.

Monsters Under The Bed – Eugene McGuinness

Battling with depression can feel like living the same day over and over again. For some people, it’s like a living nightmare, and this song describes just how bad it gets.

Wasting your days doing nothing when you know you’ve got things to can be really hard to snap out of. Losing your will to be productive and do something with your life is an awful thing to deal with, but we hope this song can help you get back on track.

One of the raging problems in America is the growing number of mass shootings. In this song, the singer takes the notion of a perfect ‘American Dream’ and shows us what reality is really like.

‘American Bad Dream’ starts off with Brown recalling his carefree youth. As the song progresses, he compares his serene childhood to the nightmare of children worrying about being shot in their classrooms today.