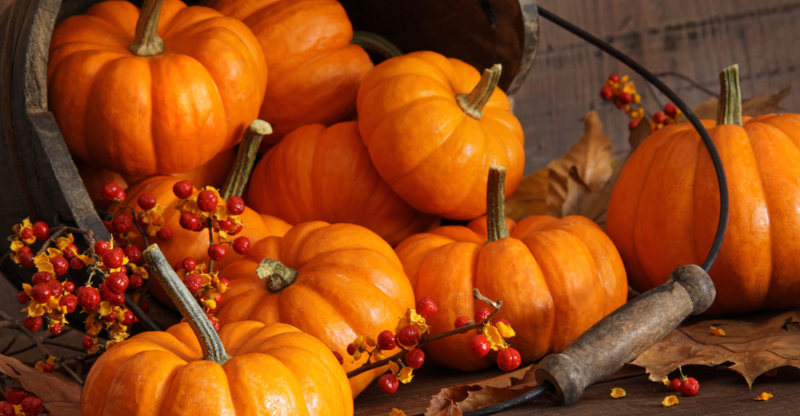 There’s something exciting about October! Autumn is in full swing, and the changing tree leaves paint the world in a new way.

If you want to turn to music to get in an autumnal mood, you’ve come to the right place. Keep reading to learn about some of the best songs about October.

This track is actually a tribute to Amy Winehouse’s canary, named after Ava Gardner, who died before she wrote the song. Winehouse sings of the ways that Ava is at peace now in the lyrics of ‘October Song’ and also recounts the day the bird passed away.

Related: Chirp along with our bird songs playlist.

This U2 song shares its name with the 1981 album it appears on, which was released in October. The lyrics tackle the band’s concerns that the group was getting in the way of their religious faith. While the song was never released as a single, it became one of U2’s most popular releases.

‘October Road’ is about changing seasons and how they symbolize life changes. James Taylor also sings about giving up fast-paced city life for a more fulfilling and peaceful country existence, as he has had enough of the former: “Sweet call of the countryside. Go down slow, open wide.”

Related: If life keeps changing, learn to adjust with the best songs about growth.

Robin Williamson wrote this song, which was first performed by The Incredible String Band. Quite a few artists covered it after its original 1966 release. The lyrics find the song’s protagonist accepting mortality and enjoying the simple things in life, reminding listeners to appreciate each day and accept what can’t be changed.

Related: Appreciate today with these songs about the present.

This track finds Alessia Cara reflecting on her tour with Shawn Mendes, which ended in October. The tour was a great experience for Cara, who wanted to capture the emotions stirred in her through song. She considers it one of the most emotional tracks on her EP album This Summer; it is also included on the 2022 album Seasons Change.

It seems that the protagonist of this track told a love interest that she would be there forever. However, she has changed her mind, much like the summer turns into fall. She wants to move on and be by herself but feels regretful about the change of heart.

Related: Keep putting one foot in front of the other with these songs about moving on from someone.

Broken Bells explores the somewhat flawed mindset of many teenage girls in this track. The song tells of a girl who thinks she is wise as she figures out how to manipulate those around her so she won’t be lonely. In reality, she isn’t as confident or clever as she appears, and this flaw will likely come back to hurt her one day soon.

This track has an impressive runtime of five minutes and eight seconds. It uses questions to build an anti-war message. It tackles the environment, war, religion, and the self in an interesting way. While many songs of this nature blame an outside source for sorrow, Roy Harper seems to blame himself in this piece, especially where his own misery is concerned: “I think you’re all right, and it’s me that’s all wrong.”

Related: If you’re feeling guilty, listen to our list of guilt songs.

Here’s a song about cuddling up with someone special on a cozy October night. While the song generally paints this picture romantically, there seems to be a bit of possessiveness to the narrator’s tone, as well, as he wants to keep watching his love interest sleep rather than moving on with the day.

This track explores the hurt feelings that Dani Cimorelli felt after crushing on a guy who was somewhat of a player. He moved on from girls faster than most, making her wonder how he could keep changing his feelings while she was still hung up on him.

Related: Check out these songs to listen to when you have a crush.

The narrator here is in love with a woman who has changed. She used to seem bright and innocent, but a sort of depression has fallen over her. He doesn’t want to give up on their relationship, but it seems they have drifted too far apart due to the darkness that has hurt her.

Related: Here are some songs to listen to when you’re sad to help you get your feelings out.

Jonas Alaska wrote this track about his second cousin, Erik, who was killed alongside two friends, all of whom were caught in a storm. Alaska talks about the few memories and positive impression he had of his cousin, recounts the accident, and laments how Erik will never grow up as he has.

Related: Find peace with our losing someone songs list.

Kidd G’s ‘Last October’ appears on his album of the same name. It finds Kidd G singing of his success as a country singer as he suddenly realizes how much his life has changed for the better, even though someone else didn’t believe he would make anything of himself.

Related: Celebrate with the best songs about success.

The protagonist of this piece seems to miss someone from the past, possibly a lover. He realizes he can’t change the losses he has experienced, so he is trying to forget this person. He also doesn’t want to face the negative changes he sees in himself and doesn’t want the other party to know about them.

Related: Missing someone? Here are some songs about lost loves.

Jeremy Zucker seems to be pursuing a relationship for the passionate side in this track. According to the lyrics, the other party seems to think this is a serious and loving relationship, but Zucker thinks it is somewhat of a waste of time and is just recklessly pursuing it for fun.

We Fell in Love in October – Girl in Red

Girl in Red wrote this track in her mid-teens, showing a romance from a teenage girl’s perspective. The protagonist here is in love with another girl and shows it purely romanticly, repeating that this is “her girl” proudly and excitedly. The song was written after Girl in Red broke up with her girlfriend and started a new relationship with the girl in question.

The protagonist here seems to be dealing with something dark, possibly alongside someone else who is struggling. One or both of them is thin and seems to succumb to addiction, which will cause further decay. They don’t want to speak about it in case it makes everything worse for them.

Related: These addiction recovery songs will encourage you to stay on track.

In this song, Matt Berry sings of doing something wrong and falling prey to evil. He apologizes directly to others—maybe friends—for the harm he has caused them as the track’s protagonist: “Michael, Peter, Mark, and John, please forgive me, for I have done you wrong.” There seems to be a sense of foreboding in the lyrics.

Related: Figure out how to apologize with the best I’m sorry songs.