18 Best Songs about One Night Stands 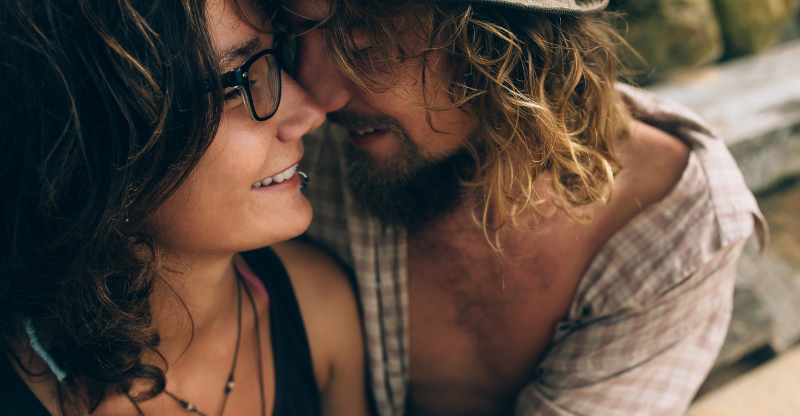 Artists have always been particularly good at capturing what it’s like to spend just one intimate night with a person. Their days spent on the road and tendency to be loners lends well to writing songs about chance encounters and nights spent in motels.

Capturing the emotions and events surrounding quiet rendezvous, here is a list of songs about one night stands.

Swedish native Eagle-Eye Cherry wrote ‘Save Tonight’ as the last song for his album Desireless to create a tune that could stand the test of time. After the song became a top hit in both the US and the UK, the lyrics gave new meaning to his life as he toured constantly. The song’s story references cherishing the moment you are in because it could be gone in an instant.

Related: Hear more of the best living in the moment songs.

Dave Matthews’ debut album, Crash, produced multiple hits for his band. ‘Say Goodbye’ appears on that album and clocks in at a whopping 6 minutes and 10 seconds. Matthews wrote the song about real-life events while sharing a rural cabin with his girlfriend and another couple. By the end of the stay, he had secretly traded his girlfriend for the other guy’s girlfriend. He always retells the story before playing the song at shows.

All I Wanna Do is Make Love to You – Heart

In-demand ’80s writer Mutt Lange wrote this strange, controversial tune. Though others had recorded the song before Heart, their version was the one that climbed the charts. The song tells the story of a woman picking up a hitchhiker and spending a night with him in a hotel. She winds up pregnant with his child, and he only finds out due to a chance encounter with them down the road.

“Well, I’m not talkin’ bout locking down forever, baby. That would be too demanding.” Country crooner Toby Keith doesn’t leave much to a girl’s imagination with ‘I’m Just Talkin’ About Tonight’ (hey, at least he’s honest). Co-written with country songwriter Scotty Emerick, this was the first number one hit they’d work on together. Keith found inspiration for this song from his early days playing in clubs and watching guys try to take home girls night after night.

Songwriting hit maker Leonard Cohen waited years to finally admit who his romantic ‘Chelsea Hotel #2’ song is about. After much speculation, he told audiences at a show he wrote it for Janis Joplin, with whom he had a short-lived romance in the late ’60s. She came to the Chelsea Hotel where Choen lived looking for Kris Kristofferson, but she found Cohen, and supposedly one thing led to another.

Though the title ‘One Night Stand’ gives off an air of simplicity, Janis Joplin’s song contained an important cultural realization of the times in the ’60s when more and more women were entering the workforce. The tune isn’t just about spending one night with someone. It’s about not having the time for anything more due to life’s demands. It’s featured on a posthumous compilation release called Farewell Song.

Related: Check out these songs about getting a job.

Purposefully vague, ‘Little Red Corvette’ represents a layered metaphor for hooking up. Prince’s earlier tunes contained overtly sexual titles and lyrics, so with this one, he got a bit artistic with it so radio stations wouldn’t be afraid to play it. This single was his first hit in the top ten on the US charts in 1999.

Related: Drive over to our songs about driving playlist.

This summery song features the collaboration of two different artists, British producer Jonas Blue and singer, songwriter JP Cooper. Blue laid down instrumentation for the track giving it an island-style vibe. Cooper sings over the instrumentation about a romance he’s trying not to take too seriously. The tune appears on the 2016 album Blue.

After seeing the movie The Sting and being inspired by a scene featuring a waitress and Robert Redford’s character, Bob Seger wrote the piano ballad ‘We’ve Got Tonight.’ The song captures the story of two people coming across each other late at night. They know they’d never normally go for each other, but they are lonely and decide to be together for just one night.

Related: Listen to our playlist of night time music.

‘Memory Motel’ is an actual place in Montauk, New York, near Andy Warhol’s estate. The Rolling Stones were good friends with Warhol and often stayed with him in the ’70s. Memory Motel was the only bar in town then, so they would often visit it for their drinks and pool table (much to the owner’s dismay). It is speculated that the girl in the song references Carly Simon, who Jagger dated at one time.

“Stay all night. I dare you. Look, who is going to know?” ’80s English rock band The Wedding Present sings about a secret rendezvous in their tune, ‘Dare.’ The lyrics are just general enough to be left up to interpretation. But one thing is clear—the singer is calling out the woman he’s seeing in an attempt to take an honest look at their precarious situation.

Country band Old Dominion pairs tropical vibes with a fun story about a summer squeeze. Lead singer Matthew Ramsey sings about a “hotel key” his lover keeps with her to remind her of their fun times. The fun tune appears on their 2017 album, another sexually-charged title, Happy Endings.

A slow jam about a one-night romance, ‘One Night Stand’ was Keri Hilson’s third single release from her album No Boys Allowed. R&B pop singer Chris Brown provided guest vocals for the track and helped write it. Though it was released in 2010, Hilson drew on ’90s R&B music to inspire the track.

Calvin Harris scored his fifth number one in the UK as a solo artist with his tune ‘Blame.’ The emotional song features soul singer John Newman providing vocals for the track. After its initial release, ‘Blame’ broke records becoming the song with the most streams on Spotify in a single day with over 1.8 million streams.

This classic Enrique Iglesias tune features rap star, Ludacris. The song had to be heavily edited for radio, even down to the title that had a particularly raunchy name. Featuring a protagonist telling a woman all the ways he intends to show her a good time, the song was produced by in-demand producer DJ Frank E who has also worked with artists like Nelly Furtado, Flo Rida, and Madonna.

Country royalty Carrie Underwood is known for taking on characters for her songs that don’t represent who she is in her personal life. Her single ‘Last Name’ finds her embodying one of those characters who finds herself in a shotgun wedding situation at a chapel in Las Vegas. The problem is she woke up and can’t remember who she met on the dance floor and married, hence the song’s final hook, “And I don’t even know my last name.”

Related: Find this song on our playlist of the best fooling around songs.

“We held onto the day til it became ours.” Feist takes a different approach to one-night stands in the song ‘One Evening.’ While the tune features a random encounter, the experience means more to the lovers than they had anticipated. The poignant song appears on the Canadian singer’s album Let It Die, released in 2004.

More songs about one night stands: