16 Songs about Paranoia for When You’re Feeling Worried 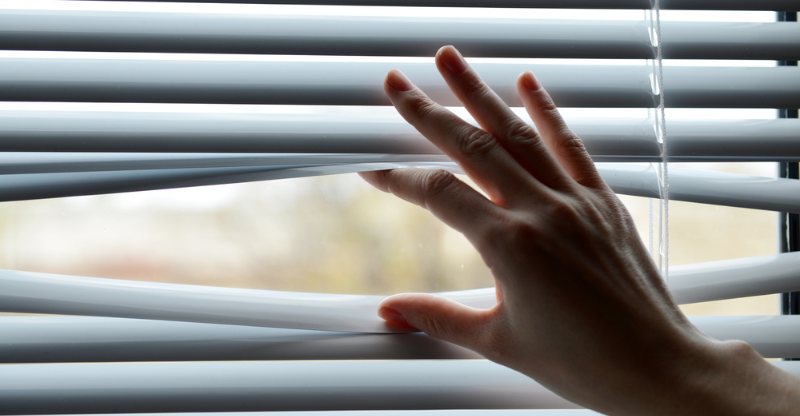 What was that noise!?

We all feel paranoid sometimes. It’s what we do with those feelings that counts.

How do musicians handle feelings of paranoia? Look no further than their paranoia songs to find the answer. Here are some of the most well-known songs about paranoia for you to learn about.

This track is all about a man who feels paranoid. The song’s frantic sound highlights the protagonist’s uneasiness, out-of-control worries, and emotions. It’s also about the darkness of depression and how the two issues intertwine and cause problems for the sufferer.

Related: Hear this song on the list of Dazed and Confused songs.

Here’s a political track about the Communist paranoia of the 1950s in the United States. Bob Dylan parodies the John Birch Society and his perception of the organization as a place that decried free speech as an act of Communism no matter what. The song was controversial enough that it kept Dylan from performing on the Ed Sullivan show like his contemporaries.

Related: The original song is on our playlist of the best songs with clapping.

This piece is about feelings of chaos and losing control of one’s environment. Its overall production style lets the listener in on the protagonist’s feelings of disease and claustrophobia. Band leader Thom Yorke was inspired to write the track after a chaotic night of bar-hopping in Los Angeles.

Post Malone has exaggerated fears surrounding his safety in this track. However, Malone’s worries about his privacy as a rich and famous individual lend his paranoia credibility. Anxiety and paranoia work together to cause havoc in Malone’s life as he builds it around his worries. As the rapper says, “a paranoid man makes paranoid plans.”

Afraid of Everyone – The National

This song is about the understandable desire to protect one’s family. It’s also about the broad uneasiness that occurs when one thinks about the badness and confusion in the world and doesn’t know how to protect loved ones from it all.

Related: Check out the best songs about courage.

Talking Heads speak to the spiraling discomfort involved in being subjected to wartime with this song. The tune also addresses concerns with cyber surveillance that were starting to arise when it was written. The lines, “you oughta know not to stand by the window. Somebody see you up there,” could refer to being in a war zone or being watched.

The protagonist in ‘Love/Paranoia’ has been hurt in love before. Now he’s paranoid that his new love will cheat and be disloyal to him. This protagonist is an interestingly unreliable character—you can’t tell if he’s actually been hurt in this relationship or if his fears are unreasonable. Whether his feelings are justified or not, his feelings end the romantic partnership.

Related: Head over to the cheating songs playlist.

This dark Oasis song about supernatural possession—which leads the protagonist to extremely spiritual and physical confusion—was inspired by extreme prescription medication-induced panic attacks that Noel Gallagher suffered, but it could apply to anyone who feels emotionally out of control. The lyrics may also refer to the infamous Stephen King villain Randall Flagg.

Coldplay’s ‘Spies’ plays homage partly to James Bond movies, which the band enjoys. While it has political undertones that got it banned in China, the spies referenced refer to band leader Chris Martin’s inescapable worries and anxieties. The song took three days to record.

This is a Pink Floyd track that talks about the impacts of war on the mindset of soldiers, who may feel terrified, anxious, and paranoid due to fighting battles. It also talks about the destruction that politics can cause and the aftermath of returning to civilian life after war.

The protagonist here feels paranoid because of something he’s doing that’s less-than-ethical: he’s dating two women and is afraid his secret will come to light. It shows that keeping self-serving secrets ends up torturing the offender, possibly more than anyone else involved. A remix of the track also exists.

Related: Tiptoe over to the best secret love songs.

This is likely about Kanye West’s relationship with Alexis Phifer. The song finds a male protagonist begging his romantic partner not to be paranoid and worried about “the wrong things,” such as things in life that either of them can’t change. He doesn’t think that she should give these worries any thought.

A regular guy is afraid that he is being watched everywhere and all the time in this humorous song about paranoia that has gone way too far. Michael Jackson sings backing vocals, which likely helped the song to be released and become the iconic hit it is today.

While this song is about unnecessary distrust in a healthy romance that might lead to its end, it is mainly meant to be taken as a fun dance track from the Jonas Brothers. The guitar-focused beats add to its lighthearted sound. It was the first of the band’s songs to reach the Hot Dance Club Songs chart from Billboard.

Related: Throw a party with these fun songs to dance to.

Fear of the Dark – Iron Maiden

The man who serves as this song’s narrator is constantly waiting for something to come out of the dark and hurt him. This is a direct consequence of watching horror films and studying dark subjects. The album on which it appears debuted on the UK Charts at Number One, outperforming the band’s previous, less-successful release.

Related: Don’t be afraid of the best monster songs.

Addiction and heartbreak fuel Juice WRLD’s paranoia in this track, as he finds it hard to trust due to his rough past. His emotions and dependencies control his life, keeping him going as they also continue to make him lonely and miserable. The song was released on SoundCloud as part of a larger EP project.

Related: You’re not alone, but here are the best songs about being lonely.