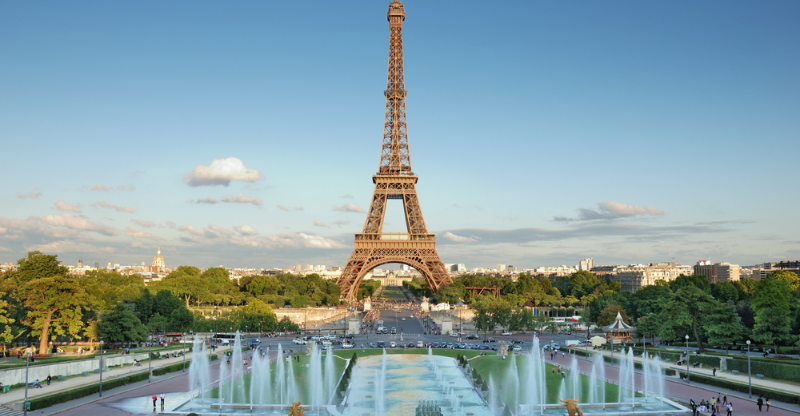 Paris has long been considered one of the world’s most romantic and enchanting cities. It’s no wonder that it has been the inspiration for many songs over the years.

The following songs about Paris will help you to understand the city through the eyes of musicians. It’s time to transport yourself to the city of light. Au revoir!

Are we starting this list with a song with no lyrics? Yes, but it’s Django Reinhardt – one of the most important guitarists ever to live, whose music evokes the streets of Paris like none other – so cut us some slack! Django himself was Romani-French and lived and worked in and around Paris for much of his life.

From Django straight into some Chainsmokers? Yep, we’re that kind of site :-). This song uses Paris as a symbol of escaping one’s reality. The Chainsmokers’ Andrew Taggart even tweeted his own definition of Paris as a fantasy destination before the song was released. The lyrics were inspired by Taggart’s friend trying to escape the pains of daily life with his girlfriend by running away from their troubles.

Related: Head over to our list of adventure songs.

Frank Sinatra sang this with Maurice Chevalier in the film Can-Can released in 1960. The song was first published in 1953 after being written by Cole Porter and appeared in the Broadway production of Can-Can. Numerous artists covered the track after that time. The simple lyrics find its narrator loving Paris all year long, no matter what.

Matty Healy of The 1975 sings of wanting to escape to Paris and simpler times after experiencing the pains of the world, including cheating in relationships and addiction faced by loved ones. The lyrics also criticize racism and elitism with the line, “we’re all just the same, what a shame.”

Numerous notable jazz musicians have performed this track, sometimes as a duet. It was written for the 1933 Broadway production Walk A Little Faster. Doris Day also sang it in a film of the same name. It talks about enjoying the spring season in a new way after finding love in Paris.

Related: Here are some sweet songs about spring.

Place Pigalle is a public square in Paris. The lyrics are about meeting someone special while on holiday but realizing that a relationship isn’t possible. The narrator reflects on what might have been and how much he wishes he could bring the woman he has met with him. It’s vintage Elliott Smith.

This song reflects somberly on “the poor people of Paree.” It talks about their love, pain, and struggles. Chet Atkins’ version is one of the most popular and hit the United States Top 100 after its release. Most English-language versions have been instrumentally based, but the original track sung by Edith Piaf was in French.

Here we learn about an American soldier in World War II Paris. He is reclusive and is talking about Paris’ destruction. While the song talks about a time long past, it was written to honor victims of hurricane Katrina in August of 2005.

Related: Find similar songs on our playlist of songs about war.

The “free man in Paris” referred to here is David Geffen of Joni Mitchell’s record label. The song is about the pressure musicians face from their labels and the recording industry as a whole. Neil Diamond, Sufjan Stevens, and Elton John have all recorded covers of the track.

Related: Take a trip with the best vacation songs.

The protagonist here promises someone they will have a wonderful future together in Paris. It’s a hopeful song full of romantic innocence, where a couple believes that they can run away together and build a dream life in a new place.

Related: Travel the world with our playlist of city songs.

This French language piece is one of Serge Gainsbourg’s most popular releases; it is also a beloved song for the French people. Les Lilas is a Paris commune, and this song tells of a ticket puncher at a subway or train station there. He talks about how he passes the time, the holes he punches, and his dreams.

This is an unreleased song by Lana Del Rey. It is also known as ‘Paris.’ It was set to appear on Del Rey’s first studio album but was cut from the tracklist. She asks a lover to take her away to Paris so they can escape mundane life and troubles. The song cross-references other tracks from the same album.

Related: Get away to our playlist of escape songs.

While there is wedding imagery at play here, the wedding seems to be a metaphor for the political and social landscape in the world during the aftermath of World War I, as the title might suggest. It demonstrates the shaky peace in Europe during that time.