16 Songs about Phone Calls That Will Keep You Hanging On 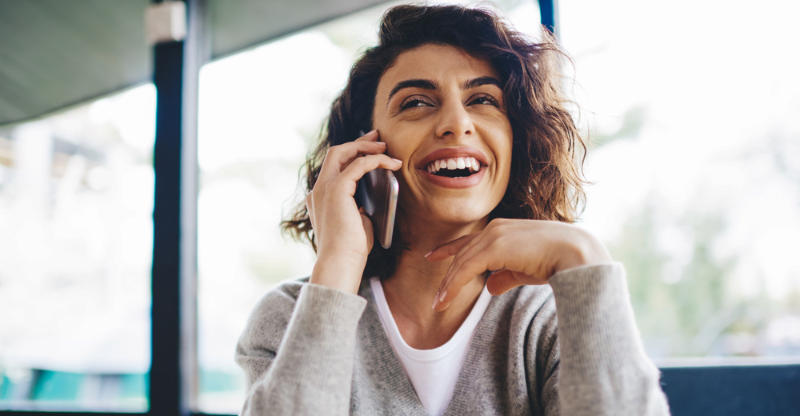 Ring, ring, ring! An amazing playlist is waiting for you to pick up!

These songs are all about phone calls, and many of them feature sounds that will have you checking if your phone is ringing. These tunes cover a range of emotions, from the joys of connecting over the phone to the pain of never receiving a call you were really hoping for.

No matter the content, all these songs about phone calls are great ones – and when a great song calls, we answer!

Madonna is hung up on a guy, waiting for a call that might never come. She feels the seconds crawl along as she waits for the phone call, singing “time goes by so slowly” many times in a row, creating that feeling of being suspended in time while you anticipate something. ‘Hung Up’ samples its catchy and recognizable synth riff from ‘Gimme! Gimme! Gimme! (A Man After Midnight)’ by ABBA.

Related: Hurry over to our songs about time playlist.

‘Telephone Line’ opens with a ringing phone and turns into a slow rock ballad about a lover who won’t pick up the phone. The narrator reminisces over the couple’s times together and pines for a chance to get back together. Even though no one’s picking up, he asks the phone not to stop ringing. “Telephone line, give me some time. I’m living in twilight.”

The Beatles put their spin on ‘Memphis, Tennessee,’ a song originally by Chuck Berry, in this stripped-back rendition featuring lots of electric guitar. This song sings about a long-lost girl in Memphis, Tennessee, that the narrator is trying to get into contact with. At first, you think this girl is an ex-lover, but at the end of the song, it’s revealed that “Marie is only six years old,” telling us she’s the narrator’s daughter. It’s interesting to listen to the song before and after this realization, as it begins to take on a totally different meaning.

Related: Check out these country songs about Tennessee.

This is one of the catchiest songs from 2012 and remains a staple of Maroon 5’s discography. Adam Levine is going through heartbreak and asks his ex if it’s not too late to reconcile the relationship. It’s hard to move on from someone you built a life with, especially when you made promises always to love each other. Levine is willing to fight for the future because he knows how good they had it, but this ex just doesn’t feel the same. “You turned your back on tomorrow ’cause you forgot yesterday.”

Related: Find similar songs on our playlist of heartbreak songs.

How Come You Don’t Call Me Anymore? – Prince

If you’ve ever felt like a jilted lover, you know how frustrating it is when a relationship ends and you don’t know why. You thought the relationship was going well and trusted this person, but now it’s over. It leaves you wondering what you did wrong. “If what we had was good, how come you don’t call me anymore?” This piano ballad features emotional vocals from Prince, where you can really hear his confusion and pain.

‘Star 69’ was named after the call return feature in phones – if you press *69, your phone will automatically dial the last incoming call you got. This feature was a big blow to prank callers and anonymous calls, and R.E.M. uses it to their advantage in this grungy rock song. It sounds like someone in trouble called, but the narrator doesn’t want anything to do with it, saying, “I know you called. I can’t be your alibi, star 69.”

Talk to Me Baby – Elmore James

‘Talk to Me Baby’ is an awesome blues song featuring saxophone, slide guitar, and energetic drums. The song is about a phone call between Elmore James and his love, and he just can’t seem to get enough of her voice. He sings, “I get a real good feeling talking to you on the phone,” and climbing melodies and blaring horns punctuate his joy.

Related: What did you say? Here are some songs about talking.

After a few shrill rings of the phone and a tentative “hello?” this beautiful swaying ballad begins. The song is conversational, with “Loretta” mourning the end of the relationship as the man apologizes through the modulated vocals of the speaker phone. Even though the conversation is painful, Loretta doesn’t want to hang up, singing, “I can’t believe you’ve been gone as soon as I hang up the phone.”

Related: Have some apologies to give? Here is our apology songs playlist.

The beginning of this song is stripped back, featuring only the lead vocals so that you can focus on the lyrics’ narrative style. Later, the instruments become the stars of the song. ‘Long Distance Call’ seems to follow a long-distance relationship where some infidelity may be present. The narrator begs for a call from his girl because “the party said another mule kicking in your stall.”

Related: Travel over to these songs about long distance relationships.

Hanging on a Telephone – Blondie

The lead vocals and electric guitar are the standouts of this pop rock song, which follows a woman trying to get in contact with someone. It’s not obvious what the relationship between the two is, but it’s clear the narrator is desperate for a conversation, singing, “don’t leave me hanging on the telephone.” The song’s intensity and indignance of the vocals make you wonder just how far she is willing to go to receive an answer.

Related: Pass the time with this playlist of waiting songs.

Your Wire’s Been Tapped – Pigmeat Markham

This old-timey blues song has an upbeat feel and fun horns throughout. It has a comedic tone, and the singer warns us against admitting our feelings over the phone. If someone sounds a little off, there may be someone else listening, or maybe they just don’t have the same feelings as you do. Whatever the reason, you must move on and protect yourself because “your wire’s been tapped.”

Staccato piano and deep humming back up the sorrowful vocals of ‘Wrong Number.’ Aaron Neville is nursing a broken heart, cycling through hope when the phone rings, then dejection when it is not his past love. He doesn’t want to accept that this relationship is over, but resigns himself to living without when he says “I live simply on the memory of your love that was once for me.”

Der Telefon Anruf,’ which means “the telephone call” in German, is a mainly instrumental track, with a few lines in German that translate to things like “the number you have called is wrong, please call information.” It starts a bit ominously, with a beeping noise that sounds like a heart monitor and various phones ringing. It’s unclear exactly what Kraftwerk was trying to convey with this song, but they certainly created a great beat (if a bit unsettling).

‘Le Jeu Du Téléphone’ is sung entirely in French, and the title translates to The Telephone Game. This is a game kids often play, where a phrase is whispered down a line of friends, and the resulting phrase often ends up entirely different from the starting sentence. The song seems to be about messing around and passing the time with activities that don’t really matter: “we make up stories, they tell a thousand jokes, it doesn’t matter.”

Lead singer Debbie Harry’s intense vocals make this a rock song about desperation for love—although it’s unclear whether the narrator or the audience is desperate. The narrator talks about how she is always available for loving, telling the other person to call her anytime. She seems enamored with this person, but some allusions to prostitution suggest she’s actually just doing her job.

‘Call Me Maybe’ took over the world of pop in 2012 and instantly solidified itself as a classic teen pop jam. The song is catchy through and through, using the standard pop format while adding dancing synths and strings. Carly Rae Jepsen sings about being love-struck by a boy which completely took over her life. She is down bad and flirtatiously tries to convince him to call her.

Related: Confess your feelings with the best crush songs.