These 22 Songs about Plants Will Grow on You 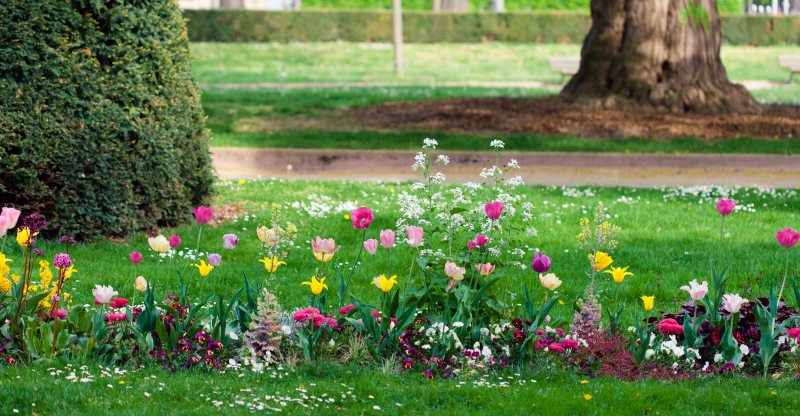 Artists are often connected to nature. Natural elements, from water to air, play a big role in their mental process for creation.

With this playlist of famous songs about plants, explore Stevie Wonder’s film score for the documentary The Secret Life of Plants and songwriters like Ed Sheeran and John Lennon of The Beatles, who use flowers and plants as metaphors for major life events.

In 1979, Stevie Wonder was commissioned to provide the soundtrack to a new documentary, The Secret Life of Plants, based on a popular book by the same name. Wonder’s Secret Life of Plants album is packed full of the artist’s creativity. Featuring collaborations with fellow artists like Syreeta Wright and unique instrumentation like digital synthesizers, a few of the singles released from the project charted, including the title track and ‘Send One Your Love.’

When Lennon was very young, he lost his parents in a tragic accident. Though he lived with his aunt, he often visited Strawberry Fields in Liverpool, an orphanage run by the Salvation Army, because he felt connected to the children there. When he became a Beatle, he often donated to the nonprofit. After he died, a memorial with the song’s title was erected in his honor in New York’s Central Park. His song ‘Strawberry Fields Forever’ draws heavily from his experiences as a youth.

Related: You’ll love our list of strawberries music if you’re a fan of the fruit!

I Heard It Through the Grapevine – Marvin Gaye

This number-one hit in the US and the UK makes good use of a common saying. “I heard it through the grapevine” means you’ve become aware of a rumor quickly spreading throughout your social circle. In Marvin Gaye’s hit single, he passionately sings about finding out his girl has been cheating on him due to everyone he knows talking about it.

UK artist Ben Howard is a longtime surfer. After signing to Island Records, he released his debut single ‘Old Pine.’ The gentle, acoustic track is based on a pretty crazy real-life event. The lyrics center around a surfing trip he took when he was 16 and was almost taken out by a random giant pine tree that almost fell on him.

Related: Firs, pines, birches… Find it all in these songs with trees in the lyrics.

Every Rose Has Its Thorn – Poison

This number-one Poison hit came at a price for frontman Bret Michaels. He wrote it from a deep place of heartache after phoning his girlfriend while out of town on tour and hearing another man’s hushed voice in the background as he tried to talk to her. Despite the pain of being cheated on, ‘Every Rose Has Its Thorn’ would become one of Poison’s signature tracks.

Related: Listen to our pretty list of the best flower music.

This jazzy single explores the delicate nature of relationships. For sultry vocalist Lila Ramani, sweetness is a good thing. But with too much, it soon becomes apparent the relationship is no more than surface interaction. ‘Plants’ appears on the psychedelic rock band’s EP, Locket.

The debut single from Radiohead’s The King of Limbs, the album title and the single are full of natural imagery and symbolism. While the album is named after an ancient oak tree in England, the song evokes images of fertility and growth with lines like “slowly we unfurl as lotus flowers.”

Related: This song features on our playlist of the best drop D songs.

One of country singer Tim McGraw’s many popular ’90s hits, ‘Where the Green Grass Grows’ highlights the artist’s need for a change from city life to country living. The song was written by lyricists Craig Wiseman and Jess Leary, who were both looking for a rural property while penning the track. Soaring fiddle gives the tune an especially down-home feel.

UK singer-songwriter Ed Sheeran was always very close to his grandmother, who encouraged him to pursue his musical interests from a young age. When she passed, he found himself needing an outlet for his grief. Naturally, he turned to his guitar and wrote ‘Supermarket Flowers,’ a stirring song that chronicles the day he and his family cleaned out his grandmother’s hospital room.

Related: Find comfort in these songs about tragedies.

Nostalgia plays a big role in Foals’ ‘Birch Tree,’ which features the artist looking back on memories. An air of homesickness envelopes the track, with lyrics like “the city I was born in, I left a long time ago,” highlighting the musician’s search for his definition of “home” that he can’t quite put his finger on. Like other nature-focused tracks, water elements like rivers play an important part in the song’s story.

Related: The best nostalgic songs will make you smile.

“When she’s with him, she seems happier. And I don’t want to take that away.” Singer-songwriter Shawn Mendes gets caught up in romance with ‘Roses’ as he finds ways to figure out if a girl he likes feels the same way. His love interest is taken, and he doesn’t want to get in between them. Mendes uses a single rose as symbolism when he gifts it to her, asking, “Will you let it die or let it grow?”.

Frontwoman Dolores O’Riordan uses daffodils to represent rebirth with her poignant The Cranberries song ‘Daffodil Lament.’ The song opens with the singer questioning a failing relationship. Ultimately, she realizes she must let it go and move on. As she does, she opens up to the beauty around her, commenting, “And the daffodils look lovely today.”

Daisies often represent beauty amid death in artistic pieces. “Pushing up daisies” is a common phrase associated with burial sites. With pop star Katy Perry’s ‘Daisies’ track, she puts a new spin on the metaphor and uses the flower to represent her lifelong ability to persevere through adversity and chart her own course. In the song, she declares she’ll do this despite what her “haters” say, “’til they cover me in daisies.”

Build Me Up Buttercup – Mike d’Abo and The Foundations

The buttercup flower is a bright yellow summery plant that has a unique ability to appear glowing due to its petals’ airy makeup. For The Foundations’ ‘Build Me Up Buttercup,’ the shiny flower is the protagonist’s nickname for his girlfriend. Despite the cheery nature of this late ’60s hit, the lyrics center around a boyfriend being mistreated by his girl, signaling a breakup is on its way.

Leaves That Are Green – Simon & Garfunkel

“I’m twenty-two now, but I won’t be for long. Time hurries on.” A coming-of-age story is wrapped up inside this Simon & Garfunkel track from their iconic Sounds of Silence album. Paul Simon wrote the tune, which first appeared on his solo album, the Paul Simon Songbook. Simon uses the life cycle of leaves turning from green to brown to symbolize his own aging process, including his blooming and fading love for a girl.

Related: If the leaves aren’t so green anymore, it’s time for songs about autumn or fall!

In the early ’90s, Jon Bon Jovi struggled mentally from endless touring and media attention. While recovering from a hard night of partying, he fired up a keyboard in his LA hotel room and began writing ‘Bed of Roses.’ In the track, he refers to his “mistress.” This reference isn’t to an actual woman but to the entertainment industry and how he felt pushed, pulled, and used by the media.

Related: Here are some gorgeous songs with roses in the lyrics.

“You belong somewhere you feel free.” Written like a love song to someone deeply important to him, Tom Petty penned some of his most poetic lines while constructing ‘Wildflowers.’ The emotive song dives into themes like freedom and finding home. In previous interviews, Petty remarked on the easy nature of the song, telling interviewers he wrote it in less than five minutes.

Related: Feel as free as a wildflower with the best breaking free songs.

A number-one hit in their native Germany, Fools Garden released ‘Lemon Tree’ on their album Dish of the Day. Frontman Peter Freudenthaler wrote the pensive number after getting stood up by his girlfriend once again, signaling he needs to get the nerve to move on. The song’s setting features the protagonist staring out of a window, focusing on a lone lemon tree while he contemplates the fate of his relationship.

Echoing the dynamic ways of our changing seasons, Adam Young, who goes by the stage name Owl City, wrote ‘Plant Life’ while dreaming about warm days and blooming flowers during a cold snap in the wintertime. As he wrote the layered track full of key changes and lively rhythm, it took the shape of a character feeling trapped by his surroundings and utilizing the lessons of nature to break free.

Related: Waiting for flowers to bloom? Here are the best songs about spring.

Open-ended lyrics to the early Nirvana track ‘Marigold’ still leave fans speculating about the song’s meaning even today. Written by drummer Dave Grohl, it’s one of the band’s only tracks that features his vocals. Some claim that Grohl wrote it about his babysitter from when he was younger. Others claim it is about his fear of Kurt Cobain becoming jealous of Grohl’s songwriting success. In the song, the chorus focuses on several drawings of marigolds “all in a row.”

Using the symbolic power of lilies for her philosophical track, Natasha Khan, who goes by the stage name Bat for Lashes, wrote about letting go and becoming as alive as possible. She penned the tune while feeling a bit empty in her life and wishing for excitement. She was inspired after watching the film Ryan’s Daughter, which deals heavily with a female protagonist who is tired of her boring life and seeks adventure.

Related: Get inspired to get out there with these songs about exploring.

While playing a card game fellow musician Brian Eno invented, Bowie drew a concept card that read “destroy everything,” and Eno drew a card its opposite, that involved keeping order to things. This sparked inspiration for Bowie’s transcendental piece, ‘Moss Garden,’ which evokes colorful imagery of a Japanese temple Bowie once visited. Keeping in line with the song’s theme, Bowie chose unique eastern instruments like the Koto and played them on the recording.

Related: Our playlist of the best garden songs will make your gardening chores fun!