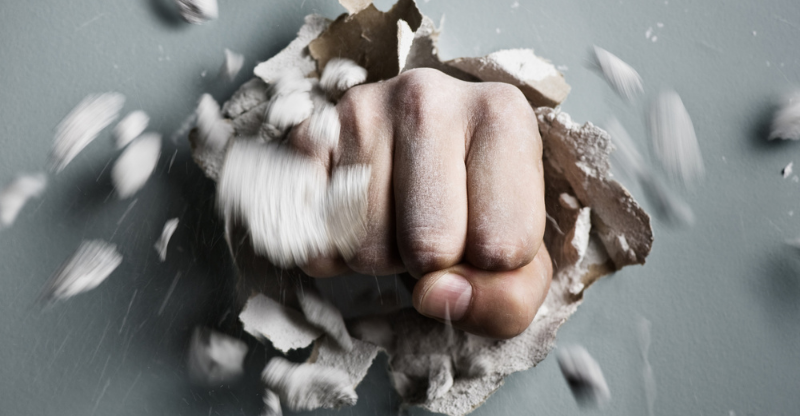 Feeling down or need a boost of confidence? This list of songs will have you feeling empowered and capable!

From defying social norms to demanding equality, the singers in these songs about power are all standing up for something and will encourage you to do the same. It’s time to break down some barriers.

“Power to the people” was a popular phrase in the 1960s used by citizens to protest the government and the Vietnam War. John and Yoko were inspired by an interview with political activists Robin Blackburn and Tariq Ali to create a “singable” song that the people could use. The song inspires starting a revolution, paying workers what they deserve, and treating your woman right.

‘Fight The Power’ was written for the 1989 film Do The Right Thing. The song was intended to empower the black community, encouraging them to fight oppressive authority. The song points out some injustices, like how most people considered heroes are white, like John Wayne or Elvis, but they aren’t heroes to most black communities.

James Brown initially released this single in three parts. Part one had a longer version that was performed live, but the full 12-minute version wasn’t released until 1996 on a CD. “Soul power” is loosely defined as a spiritual power within you, and the source and meaning of this power may vary from person to person. Regardless of your thoughts on the subject, this song can give you a general sense of positivity and empowerment.

Lead singer Chris Martin is infatuated with someone in this song. He feels that they’ve “got a higher power” that helps make his life more enjoyable and gets him through the day. The song is inspired by 1980s pop, and the music video is a futuristic cyberpunk world with aliens, so this song will surely transport you somewhere else! The song debuted in 2021 and reached number 12 in the UK and 53 in the US.

The Power of the Heart – Peter Gabriel

This song is about a couple who has many problems to work through, but “the power of the heart,” that is to say, their love for each other is enough to hold them together through their problems. The song was written and recorded by Lou Reed in 2008 but was covered by Peter Gabriel in 2010, which allowed this song to become a bit more popular.

(Something Inside) So Strong – Labi Siffre

This song is a protest against racial injustice. Labi Siffre was inspired by a documentary that showed horrific things regarding inequality and mistreatment of black people. The song also encourages people who aren’t treated fairly, inspiring them to “look ’em in the eyes and say we’re gonna do it anyway.”

People Have the Power – Patti Smith

Patti Smith released this song in 1988 in an attempt to reignite the 1960s spirit of “power to the people” and introduce a new generation to that powerful, freeing mentality. The song declares that “the people have the power,” but it also promotes peace while imagining lambs and leopards peacefully lying next to each other.

This uplifting song will help you feel like you can handle anything. Titanium is a sturdy metal used to build airplanes and missiles and can’t easily be taken down. Sia claims she’s titanium and “bulletproof glass,” saying that people can’t tear her down no matter how hard they try.

Kanye talks about broken systems and people having too much power. It’s a song about taking back the power that others have stolen from you and claiming your rightfully earned place in the world. Kanye wrote this song to inspire his listeners, but he eventually felt like the single was weak compared to others because it sounded like some of his previous work. Despite that, this song still made it to number 22 on the charts in the US.

Billie Eilish wrote this song to draw attention to how many young women are taken advantage of when their partner carries more power in the relationship than they do. Many people suspect this was about a man Billie dated when she was sixteen, but she specified that this song wasn’t about anyone specific. The song made it to the Top 10 in both the US and UK upon its release.

This song is about the competition between rappers and how many of them do it for fame and fortune. A Tribe Called Quest says they’re “staying sincere to this” and later mentions that “we get this money for these kids,” showing that they’re making music for noble reasons rather than money and attention. They mention “mind power” at the end, suggesting that you have to be in the right frame of mind to keep doing something for the right reasons.

This was the first rap song to make it to number 1 in the UK. It did well in the US, too, coming in at number 2. “I’ve got the power!” is a sample of Jocelyn Brown’s ‘Love’s Gonna Get You.’ ‘The Power’ seems to be more about the music than the lyrics since the lyrics are mostly just about being a great rapper who can’t be copied.

We Are the Champions – Queen

This song is a staple for hyping up a team! Freddie Mercury wanted to create a song that would allow audiences to participate in celebrating with teams, and he seems to have accomplished just that. This song celebrates victories and acknowledges how much work it takes to get there, saying, “it’s been no bed of roses.” You’re likely to hear this song at a sporting event or any kind of event that has something to celebrate.

‘Power’ is an empowering song meant to remind women that they can be the ones who have the power in relationships; it doesn’t have to be the man. This song made it to number 6 in the UK but received criticism for featuring Stormzy – a male – in a song meant to empower women. But, Stormzy’s verse shows that men can support women having power, too.

Take the Power Back – Rage Against the Machine

Rage Against The Machine criticizes the US government for trying to make everyone conform to a particular way of life. They claim that “Uncle Sam” has a “structure of lies installed in our minds,” but the people are too smart to be fooled. Perhaps the most powerful lyric in the song is “the circle of hatred continues unless we react,” saying that racism and inequality can’t end until the people end it themselves.

The Power of Love – Huey Lewis and the News

Director Robert Zemeckis wanted Huey Lewis & the News to make a song for the film Back to the Future. Even though this song has nothing to do with the movie, it made its way into the film and is even on the soundtrack. The song is about how love is powerful enough to change your emotions, influence your decisions, and that it can occasionally be cruel.

Girls are traditionally portrayed as sweet and innocent, but Shampoo sought to change up those thoughts with this song. The singers establish that they want to be girls but do “boyish” things like destroying rooms and playing with knives. They don’t want to subscribe to social norms like working or receiving an education—where’s the fun in that? This song is peppy and fun and is a great reminder that you can be who you want to be!

Related: see our list of songs about finding yourself.