13 Best Songs about Resilience to Keep You Going 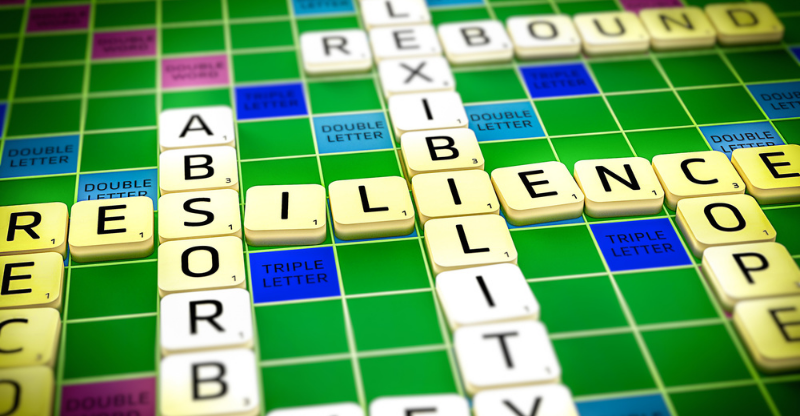 Life isn’t always easy. It can knock us down and throw us for a loop. Even rock stars and songwriters aren’t immune to life’s curveballs.

Maybe you are going through a breakup or contemplating a career change. Whatever the issue you face, feeling afraid and uncertain is okay!

From Fleetwood Mac’s emotional hits to Imagine Dragons’ empowering anthems, here is an inspirational mix of songs about resilience that will feel like a hug when you need it the most. Stay strong!

Pop sensation Katy Perry wrote her song ‘Resilient’ during times of personal uncertainty. Not long after her 2017 album didn’t fare well with fans and media, she split up from her boyfriend, actor Orlando Bloom. While dealing with heartbreak and a career crisis, she began focusing on writing songs about staying the course and fighting through adversity. From those writing sessions came ‘Resilient,’ which appears on her 2020 album, Smile.

Related: Grab some tissues for this playlist of heartbreak songs.

Christian husband and wife duo Brian and Jenn Johnson released this deeply personal song on their debut album, After All These Years. A contemporary mixture of pop, gospel, and classic Christian rock, ‘You’re Gonna Be Okay’ offers a helping hand to those going through tough times. The duo penned the tune after Brian went through a particularly rough experience and used songwriting as a way to heal and move forward.

Related: This song features on our playlist of songs about inner strength.

Nat King Cole’s best solution for sadness? Smile! This timeless tune was surprisingly originally written by comedian Charlie Chaplin. When it made the rounds as a cover, it began to take on a life of its own. Both Tony Bennett and Nat King Cole recorded popular versions of the mood-elevating song. Other cover artists include Lady Gaga and Michael Bublé.

Related: Stay hopeful with this playlist of songs about hope.

‘Stuck in a Moment’ has a double meaning for U2 band leader Bono. He penned it as both a tribute to his late friend Michael Hutchence of INXS and as a message of hope for people going through times of sadness. The song’s rowdy nature was produced with a purpose. Bono felt Hutchence would have much preferred an in-your-face song than a soppy goodbye piece. Mick Jagger and his daughter sang backup, though that version didn’t appear on the album.

Though people often relate this classic song to a romance-gone-wrong, the original writer penned ‘I Will Survive’ about a professional breakup. Motown producer Dino Ferkaris was let go from the famous Sun Records establishment, and when he was at home worried about his fate in the music industry, he wrote the powerful survivor’s anthem. The next singer he worked with, Gloria Gaynor, had the honor of cutting the track with him. It’s a positive track that will make you want to get on the dance floor!

Related: Will you survive? You will with these songs about being a survivor.

A personal favorite of British pop group Sugarbabes, their song ‘Stronger’ was written by bandmate Heidi Range alongside other co-writers. Range used her feelings of loneliness, isolation, and separation from her friends and family as inspiration for the uplifting ballad. It appears on their 2002 album Angels with Dirty Faces.

Written during a time when several bandmates were going through personal breakups with each other, the song is centered around leaving the past behind and moving on. Fleetwood Mac keyboardist Christie McVie wrote the tune about bass player John McVie to symbolize her forgiveness for his mistakes. All of the tension during the recording process proved beneficial. The song’s album, Rumours, became one of the most profitable records of all time.

Related: This song is also on our playlist of songs about persevering.

I Am What I Am – Shirley Bassey

Initially a featured number in the French broadway play La Cage aux Folles, this inspirational tune is about owning who you are and being unapologetic in the face of pushback. The dynamic tune has been covered many times, and Shirley Bassey featured it on her 1984 album by the same name. This great song has since become an empowering anthem in the LGBTQ community.

Related: Feel good about yourself with these songs about self-love.

A song about following your heart, The Script brought on Black Eyed Peas star will.i.am to guest appear on the single after working with him on the hit TV show The Voice UK. The Script frontman Danny O’Donoghue wanted to pen a song reminding artists what is truly important for their career. He urges them to forget about red carpets and money and focus on the work and the music.

Related: You can find this song on our playlist of bravery songs.

‘Skyscraper’ was the first single pop singer Demi Levato released after spending time in a treatment facility for an eating disorder. She recorded it before seeking help, so she felt the need to re-record the song when she finished her program. However, she went with the first recording because of its raw emotion and authenticity. The song features on her album Unbroken, which focuses on themes of overcoming obstacles, finding your inner strength, and fighting for your well-being.

Related: Head over to our playlist of meaningful songs about life.

Featured as a single on her second album released in 2002, ‘Fighter’ is a personal song for Christina Aguilera. While on tour promoting her debut record, she spent some time reflecting on her childhood experiences that helped shape the kind of artist she strived to be. She wrote bits and pieces of the song as she worked through emotions from being bullied, living in an abusive household, and feeling artistically stifled at times by the entertainment industry.

Related: Get confident when you listen to these songs to help build self-esteem.

On Top of the World – Imagine Dragons

This rocking track has been licensed several times by soccer-themed video games. Imagine Dragons released the single in 2012, and it marked the longtime band’s rise to fame after several years of hard work remaining relatively unnoticed. ‘On Top of The World’ chronicles the group’s struggles as they tried to make it in the industry and the gritty attitude they’ve adopted to reach success. Its upbeat tune makes it the perfect song to lift your mood when you’re feeling down.

Related: Feeling like a winner? Listen to these songs about champions.

Country band Rascal Flatts is known for its positive songs centered around perseverance. ‘Stand’ is an empowering, uplifting single reminding the listener of their own strength. The message tells the listener they might get knocked down by things out of their control. But through faith and inner strength, they can find the will to get back up again and conquer their enemies.

Related: If you like this song, you’ll love our playlist of feeling good songs.