21 Songs about Roads to Make You Appreciate the Asphalt 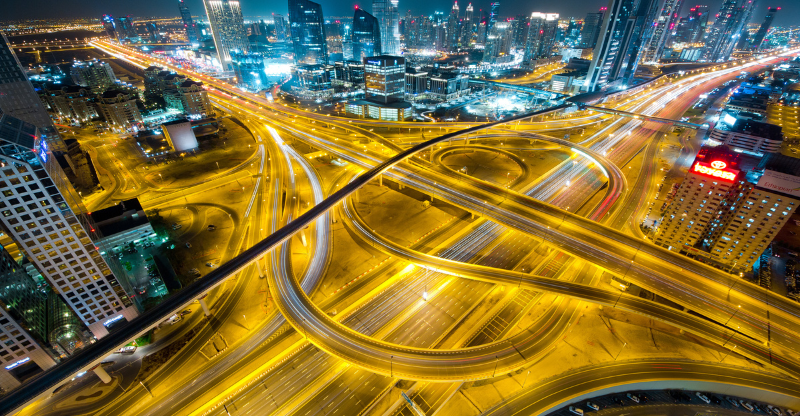 If you’re going on a road trip or daydreaming about one, these are the songs for you!

Winding backroads and endless highways hold the potential to see so many new places and find new people and experiences along the way. You’ll want a flawless playlist to go with it.

These songs about roads are a mix of country, rock, and alternative sounds that cultivate the perfect energy for your drive.

Though this song has a joyful beat and a fun accordion, its lyrical content is a little heavier. This song talks about impending doom yet tries to face that doom with optimism. “We’re on a ride to nowhere. Come on inside,” they sing, showing a kind of acceptance that the end is near. When you know your time is coming to a close, maybe acceptance is the only thing that can keep you sane.

Related: Complete your trip with this playlist of road trip songs.

The Long and Winding Road – The Beatles

This song was written amid The Beatles’ breakup. Full of tension, regret, and reflection, this song talks about the steadiness of a path back to your roots. No matter where you go, what you face, or how you change, “the long and winding road that leads to your door will never disappear.” Cinematic strings add to the depth of emotion this song contains.

King of the Road – Roger Miller

A vagabond lifestyle isn’t often coveted, but Roger Miller looks at it with a new perspective. He doesn’t have a place to call home, and there’s “no phone, no pool, no pets,” but his constant exploration makes him “king of the road.” The swaying feel of this track mirrors the narrator’s wandering, creating a peaceful outlook on a life with minimal means.

Related: Mosey over to our country music playlist.

This song was written for the movie National Lampoon’s Vacation, playing during the opening credits. The movie follows a family driving across the United States, so it’s fitting that it opens with such a good road trip song. There’s fun guitar, a jumpy beat, and “ohhs” that are impossible not to sing along to.

Related: Check out these vacation songs.

‘Highway to Hell’ was a huge song for AC/DC and remains a favorite for rock fans today. A shredding song about living on the edge with a reckless and free mentality, there actually is a “highway to hell” the song was named for—a road in Australia known for its high death toll.

A nostalgic song inspired by being stranded on the side of the road with his father, Dewey Bunnell wrote this transportive indie rock song. Lines like “Ventura highway in the sunshine” and “alligator lizards in the air” make you feel like you’re wandering along the side of the road, too—but at least you have this great song to keep you company.

Related: Listen to more songs with California mentioned in them.

‘I Play the Road’ is Zac Brown Band’s ode to touring. From road to road, city to city, these guys play countless shows, connecting with a new audience in each place. The incredible connection between artist and audience is seen with the line, “well, the bus it is our steeple, it brings us to the people.” Comparing the relationship to something religious makes it clear how music can bring people together.

‘Dirt Road Anthem’ has all the classic elements of a good country song—lilting guitar, sentimental reflections, and mentions of “ice cold beer.” Jason Aldean sings about the simple times in his hometown, where all that mattered was his friends, his truck, and the steady dirt roads: “I’m turning off the real life, driving that truck.”

Sawyer Brown sings about his six-day journey home. He looks forward to finally returning to his family, ending each verse with “six days on the road, and I’m gonna make it home tonight.” Deep guitar and rocking instrumental breaks build anticipation, the same feeling Brown has as he itches to get home.

‘Thunder Road’ is one of the most iconic songs in Bruce Springsteen’s catalog, often referred to as the song that solidified and grew his fanbase. The relatability and freedom of the song certainly contributed to its success—everyone dreams of escaping to the wide open road at some point in their lives. When life is overwhelming, confusing, or just a bit too hard, there’s nothing to do but “roll down the window and let the wind blow back your hair.”

Traveling can be one of the most exciting experiences because of all the potential it holds. New faces, new experiences, and new opportunities can all come from getting on the road and seeing the world. Willie Nelson sings about this unmatched hopefulness in ‘On the Road Again,’ saying, “I just can’t wait to get on the road again.” Though Nelson seems to be referring specifically to touring his music, this song still perfectly applies to most kinds of travel.

A standout country rock song, the unique flute, intriguing lyrics, and long instrumental section of ‘Take the Highway’ make it a perfect driving song. This track is about leaving your life and love behind, capturing that feeling of when something isn’t working anymore, and you know it’s time to go. “The time has finally come for me to pack my bags and walk away,” using the highway to move on.

Related: Headed out? Listen to our list of driving music.

‘Bless the Broken Road’ compares the journey through life and love to a broken road. Each crack in the road of life only prepares you for the smoothness that true love can give you. The narrator doesn’t mind all the heartbreak and hardship he had to endure because “God blessed the broken road that led me straight to you.”

Related: Fall in love with this playlist of soulmate songs.

Free and Easy (Down the Road I Go) – Dierks Bentley

Whether you’re driving toward home, a vacation, or a brand new place, being on the road holds a certain type of freedom. You could go almost anywhere! Dierks Bentley feels that sense of wonder and security in this song, saying, “ain’t no tellin’ where the wind might blow, free and easy down the road I go.” It’s a great sentiment of going with the flow told over the classic sounds of a country song.

‘Take Me Home, Country Roads’ is a hallmark of John Denver’s discography and a love song for West Virginia (an interesting subject choice since Denver had never actually been to West Virginia!). This country ballad has a nostalgic feel to it, as it’s all about driving the roads that take you back to your hometown. The hook “country roads, take me home, to the place I belong” creates that same feeling of peace and purpose when you return to a place that holds meaning for you.

On the Road Again – Canned Heat

Anticipatory instrumentation and the somewhat quirky melodies make ‘On the Road Again’ a pretty distinctive song. These elements, as well as lines like “I’m so tired of crying, but I’m out on the road again,” fit with the feeling of being a wanderer, out on the road and looking for closure and salvation.

This hit works as an attitude-filled conversation between jilted lovers. The woman sings, “hit the road, Jack, and don’t you come back no more,” and he responds, “I guess if you said so, I’ll have to pack my things and go.” Jack pleads for her not to do this, even pretending not to understand her in hopes that her resolve will change, but she doesn’t back down.

Related: Finish your journey on the road with this playlist of leaving songs.

This song took the top charts and pop culture by storm with its unique mix of rap and country elements and the memes born from its popularity on social media. Lil Nas X sings about leaving behind a life that has wronged him, saying, “I’m gonna take my horse to the old town road, I’m gonna ride ’til I can’t no more.”

The Road to Hell – Chris Rea

While stuck in awful traffic, Chris Rea was struck with inspiration. ‘The Road to Hell’ is an ominous warning that bad choices will come back to haunt you- “you must learn this lesson fast and learn it well.” Naivety will lead you into hell if you don’t learn the ways of the world and the repercussions of your actions.

Why Don’t We Do It in the Road? – The Beatles

This Beatles song only has two different lyrics: “why don’t we do it in the road? No one will be watching us.” It’s a bit comical, this desperation to “do it” in the road (which we can assume is a nod to sexual tension between the narrator and someone else). The bluesy style and raspy vocals make this a very captivating song, despite the lack of lyrical diversity.

This alternative pop song is a fun one, comparing sexual attraction to driving. Specifically, “reckless drivin’ on dirty back road.” Layered vocals and a classic 80s style make this a great driving with the windows down song, and its suggestive lyrics, such as “you ride me like a road,” add to the heat this song creates.