13 Songs about Robots That Will Charge Your Batteries 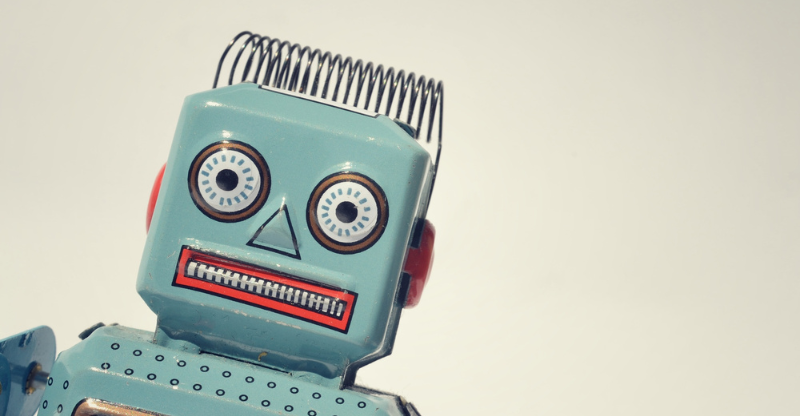 Whether you believe that robots are taking over the world or simply view them as an entertaining curiosity, robots have found their places in various aspects of society. Music is one such place—there are several robot-themed songs you’ll enjoy!

Explore some of the best songs about robots and see what musicians have to say about these androids!

This track demonstrates the chaos, disorder, and confusion that occurs when someone’s life comes crashing down and they feel vulnerable and on display. It uses an android robot as a metaphor for strange behavior and also highlights how it feels to be in a crowded space. The song’s claustrophobic sound and energy add a dose of realism to its frantic vibes.

Damon Albarn warns of a future where humanity changes in strange ways with this track. Albarn compares people to “everyday robots” due to their reliance on modern conveniences like cell phones. He was inspired to write the song while observing fellow citizens lost in their own worlds in a traffic jam.

I Am Not a Robot – Marina

This song reminds listeners that they are not machines and that it’s okay to be emotional and vulnerable sometimes to be different from robots. MARINA has said that the song speaks to her own way of being, as well, as she isn’t always herself around others.

Related: If you’re not a robot, you’ll love this feelings songs playlist.

A woman named Yoshimi inspired this song. The lead singer had a recording of her screaming, which led to musical creativity. The song serves as the centerpiece of an album of the same name, which involves a fictional character named Yoshimi battling robots that appear soft and harmless.

Daft Punk, known for distinct robot sound, wrote this song as a tribute to the loud and dynamic sound of hard rock music, fusing powerful rock chords with a typical dance track in a creative and experimental move. The track samples Breakwater’s song ‘Release the Beast’ at one point in the tune.

This is considered one of Kraftwerk’s most famous songs, if not their most famous. It accompanies the song ‘The Man-Machine’—German versions of both songs exist, which also accompany each other. Lyrically, the song is about how robots have changed the modern world.

Dan Mangan pleads with himself not to waste his days in this track, which is one of his most popular and the one song that found him fame in Canada after its release. Mangan has said that this song changed his writing style where future releases were concerned.

Related: Check out these inspiring live in the moment songs.

This unusual track talks about an imaginary future where “children will work together to build a giant cyborg.” A harder adult version exists of the song, though some would argue that both versions are too strange for young children to hear. There is also a podcast version that goes into the parade idea on a deeper level.

The protagonist of this track seems to wish for the life of a robot so he can live with his romantic interest forever—and copy her every move. The song shows how extreme obsessive feelings can affect one’s life and romantic relationships and how unhealthy such feelings can become.

Related: You won’t be able to get enough of these obsession songs.

Connie Francis wishes to have a “robot man” in her life with this track, written by Sylvia Dee and George Goehring. A mechanical man could do what she wanted him to and wouldn’t hurt her as a human man would. They wouldn’t even fight because he wouldn’t be able to speak!

Linkin Park used a more traditional symphonic sound to contrast this song’s robotic themes. The protagonist encourages someone—either a loved one or the listener—not to give up. Instead, this person should use their burdens to help them find new strength to get through each day and wait for better times ahead.

Related: Listen to this playlist of fight songs.

Hey! (Rise of the Robots) – The Stranglers

The Stranglers could be singing about a science fiction-based robot uprising here. Alternatively, the song could be about hard workers standing up for themselves against poor treatment in the workplace. The song was released in 1978 on the album Black and White as the fifth piece on the tracklist.

Related: Here is our list of songs about being brave.

The narrator hopes for a future where robots take better care of the world than humans have throughout history. It also imagines a future where humans are destroyed by robots or other powerful beings in years to come. Interestingly, the song imagines the year 2009 to be this way!