12 Songs about Rockets That Are Out of This World 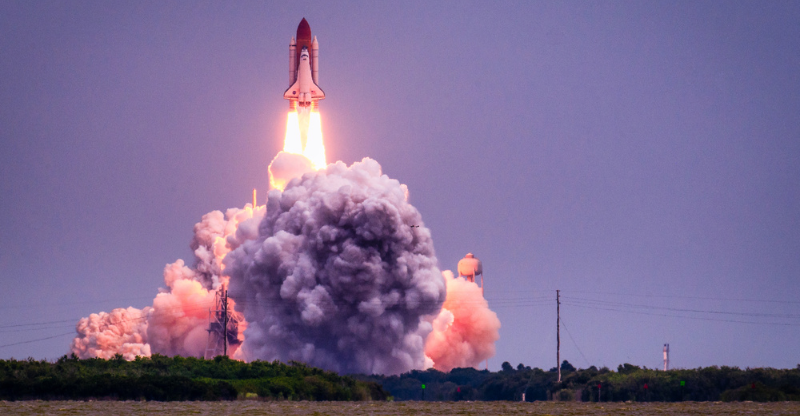 Rockets are a symbol of power and the unknown. They require extraordinary engineering and energy to accomplish their intended purposes, typically uncovering new facts about our universe. Music is a great outlet for exploring rockets and rocket-related themes.

Keep reading to learn about some of the most enjoyed songs about rockets that will blast you off to another universe!

The Kinks sing of escaping to an imaginary futuristic world and leaving an overwhelming, crowded world in this song. It’s believed in this song that traveling to outer space would end the social inequalities present in Earth-based societies. It’s a similar track to ‘Apeman’ by the same band.

Related: This song features on our list of the best songs about space.

Elton John’s collaborator Bernie Taupin provided the lyrics for this classic hit, inspired by the short story The Rocket Man by Ray Bradbury—and possibly space missions occurring in the early 1970s when it was released. The track is about a man sent as an experiment to live in space, but it also symbolizes the isolation that famous musicians often face.

Related: Take a break from your book and enjoy these songs about reading.

This track reminisces about retro music that once played on the radio and longs for the days of classic songs that make listeners feel something deep inside. These powerful songs are referred to as “retro rockets” within the lyrics to show how loud they are and the emotional effects they have on their fans.

Kate Bush uses exciting rocket imagery to explain what it’s like to be in a situation that teaches you to live in and enjoy even the most fleeting of moments, such as a rocket launch. It also encourages listeners to live each day to the fullest extent possible. Bush’s cat Rocket served as inspiration for the track.

Related: Listen to more songs about living in the present.

Surfing on a Rocket – Air

This song was featured on an EP by the same name. The protagonist seems unstoppable while “surfing on a rocket” but also asks a loved one to remember them and not let them down. The track featured Lisa Papineau and became famous after being included on the FIFA Football 2005 video game soundtrack.

Sonic Youth talks about some kind of wild and memorable time in this track, using rocket imagery to symbolize the situation’s intensity. It could be talking about an addictive habit; it may also serve as a tribute to someone or something else. Rolling Stone named it one of the 100 Greatest Guitar Songs of All Time.

Related: Don’t forget to check out these songs about memories playlist.

‘Rocket Fuel’ is mostly a lighthearted and fun-filled Hip-Hop track that compares partying hard and having fun to having rocket fuel. It also talks about being a DJ and making or sharing music with music lovers. The song cleverly used wordplay and was designed to be an enjoyable dance track.

Related: Keep the party going with the best dance songs.

This Moby song has repetitive lyrics, mainly meant to be an electronic dance track. What lyrics it does contain seems to tell the listener that it’s okay if things are lost or gone from time to time; endings are a part of life, after all. Perhaps it’s talking about the fleeting presence of a rocket shooting into space.

Kashmir sings about the difficult moments in life here, especially those moments when you’re losing those relationships that matter most in your life, such as having a falling out with your friends and family members. It highlights the different feelings that occur when life is changing. A documentary about the band was filmed in 2004; it was also called Rocket Brothers.

Related: Find similar songs on our playlist of songs about change.

Cat Power explores the passage of time, lost dreams, and anti-war ideologies in this track. Like many other pieces that use rocket imagery, Power focuses on the impermanence of rockets here and compares them to the relative shortness of a single life compared to the larger world. The song also compares the innocence of babies to the stressful lives of adults.

Related: Head over to our list of songs against war.

This track compares outer space metaphors to partying and feeling good while doing so. Moe Moks is featured on this Lion Babe single, released in 2017. It was featured in season two of the series Shrill in the fifth episode.

This Korean track is about a protagonist who wants to build a rocket and fly to space with a special romantic partner. He wants them both to escape the worries and cares of the world and be themselves in another place.