17 Best Songs about Searching for Someone or Something 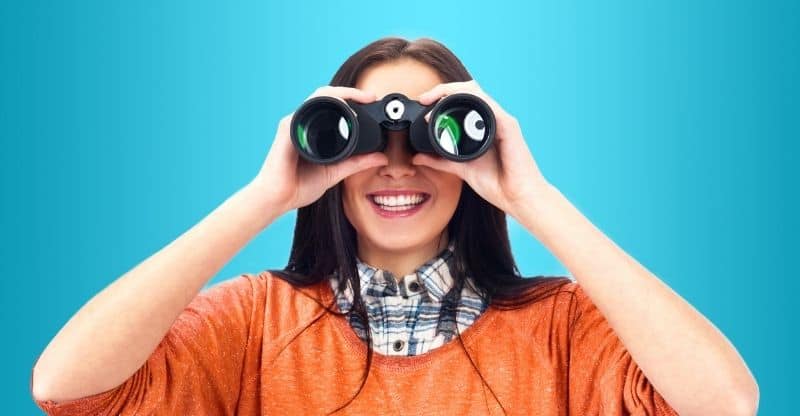 Love, happiness, enlightenment, a new job. We’re all searching for something.

It turns out the world’s best songwriters are too and have written some of the best songs you’ll ever hear (no overstatement).

So without further ado, here are the best songs about searching. You’re about to discover some real gems :-).

Dating back to 1957, it sounds as fresh today as it did back then. Written by hit-making duo Jerry Leiber and Mike Stoller, it marked the beginning of a new type of rock ‘n’ roll and was covered by just about everyone, including Sly & the Family Stone.

The Coasters were a considerable influence on the early Beatles’ sound too. ‘Searchin” was a regular number at the Cavern Club, and the fab four auditioned with it for Decca records in 1962. Paul McCartney also named this song one of his Desert Island Discs when interviewed for the British radio show in 1982.

‘Searching For My Baby’ – Bobby Moore and The Rhythm Aces

This classic side of Southern soul from 1966 is from American soul group Bobby Moore and The Rhythm Aces.

It became popular with British lovers of soul and R&B. The stunning vocals are courtesy of Chico Jenkins, with Bobby Moore (not the England footballer, in case you were wondering) as bandleader and tenor sax (who played in the spirit of King Curtis and Ben Webster).

If you like this, check out their follow-up song ‘Try My Love Again’ (a superb song about unrequited love.)

‘In Your Eyes’ – Peter Gabriel

Ok. Stop what you’re doing. Put some headphones on, and listen (and watch) this.

There’s a reason why people go crazy about this song (and they do). Many think it’s one of the best songs song ever written. This live version is good, too (so uplifting.)

It’s a song about seeking something magical and finding it “in your eyes.” Is it about finding God, finding true love, or ‘finding yourself? That’s up to you.

Share it with your best friend or a loved one. It will make their day :-).

‘Search and Destroy’ – The Stooges

The first song from The Stooge’s Raw Power album (which many consider the best album of all time, including Kurt Cobain and Morrissey).

Frontman Iggy Pop is in fine form here, with the band playing tight and raucous at the same time. The term ‘search and destroy’ was a military term used in the Vietnam war, hence the references in the song to napalm.

But this isn’t a song about war. Instead, it’s a song about growing up and finding your place in the world (“the world’s forgotten boy.”)

‘Searchin’ For a Rainbow’ – The Marshall Tucker Band

This band from South Carolina play a blend of infectious boot-stomping Southern rock that sounds as fresh today as it did back in the ’70s. Their progressive country style might remind you of Kings of Leon too, with a touch of flute added for good measure.

For more of their stuff, check out their blistering 1976 offering, Live in the UK.

Roy Ayers is one of the most well-respected musicians out there. He’s done post-bop, funk, soul, jazz, jazz-funk, you name it. His vibraphone grooves have also been sampled by countless hip hop and rap artists, such as Pete Rock and C.L. Smooth.

This song is from his Vibrations album and is a song about searching for peace.

Searching for someone with a heart of gold can take a lifetime. Here, Neil Young is a ‘miner,’ trying to find true love.

He’s been to Hollywood, he’s been to Redwood, he’s even searched the ocean, but he’s out of luck. “And I’m getting old,” he laments.

‘Have You Seen Her’ – The Chi-lites

Another R&B classic here about missing someone who’s gone away. A month ago, the narrator “was as happy as a lark,” but now “I keep sayin’ she’ll be back, but today again I’ve lied.”

He took her for granted. “I thought I had her in the palm of my hand,” he laments. Let that be a lesson, don’t assume anything 🙂

A perfect summertime song, ‘Search Party’ has a breezy, mid-tempo vibe. It appears in the movie Paper Towns.

It starts in Paris (“halfway up the Eiffel Tower”) and is about running away with someone and hiding from the world. The “search party” is going to be out all night looking for them, “they’re searching high, searching low, searching super-wide.”

A conversation with a “wise man” who tells the narrator this cryptic message, “find the mornin’ dove, and she’ll tell you where to find your love.”

It’s a song about finding love to complete your life. Like all their songs, it’s a great rock ‘n’ roll track with sublime playing.

Want more from Lynyrd Skynyrd? Check out their classic ‘Freebird’ (featured on our freedom songs playlist) or ‘Was I Right Or Wrong’ (from our songs about guilt list.)

American reggae singer Matisyahu blends Orthodox Jewish themes with reggae, rock, hip hop (including beatboxing) with some jazz scat thrown in. He’s a flamboyant musician and worth checking out.

“I’ve been searchin’ for you, all my life.” You might have just finally found him 🙂

This cool pop song with house-tinged beats is by up-and-coming English pop singer-songwriter Liv Dawson. The song’s lyrics are about being left behind and all the feelings of rejection that comes with it.

“Where have you gone?” she sings.

Here’s another treat for Neil Young fans, released a few years after ‘Heart of Gold’ (see above). It appears he’s no closer to finding true love.

Like much of his work, there’s a vulnerability that makes the listener instantly connect (I always have, anyway.) Here he hopes he doesn’t mess up his new love.

“I hope I treat her kind, and don’t mess with her mind when she starts to see the darker side of me.”

The song is from his 1975 album Zuma. If you like this, you should check it out.

‘Needle in a Haystack’ – The Velvelettes

The Velvelettes were an American Motown girl group signed from the ’60s.

‘Needle in a Haystack’ was their biggest chart success in 1964 and has since become a firm favorite on Northern Soul setlists.

This ’80s pop song is actually a pretty deep song about searching for truth and meaning. The narrator has run, crawled, and “scaled these city walls,” but he still hasn’t found what he’s after.

The sound was inspired by gospel music, which the brilliant producer Daniel Lanois suggested.

If you’ve seen that scene in the movie Stranger Than Fiction when Will Ferrell picks up a Stratocaster guitar and plays a little song, you’ll recognize this one.

It dates back to 1979 when a young Eric Goulden found himself in the Hull University bar – he wrote this song straight after.

‘I’ve Been Searching So Long’ – Chicago

Here’s a song about searching for inner truth (or ‘self-discovery,’ or ‘knowing who you are.’)

“I’ve been searchin’, so long, to find an answer, now I know my life has meaning.” Of course, we never find out what it is he’s found. But it sounds profound.