19 Songs about Second Chances in Love 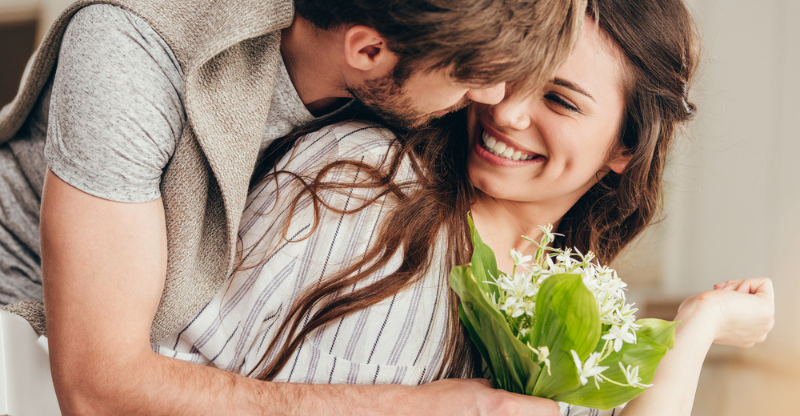 Let’s face it. Love is complicated. We’ve all had our hearts broken a time or two. And we’ve all held on a bit too long to a failed relationship hoping for another shot at making it work.

No matter your situation, you’ll be able to vibe with this wide-ranging playlist featuring a diverse mix of pop, R&B, and soul tunes.

So without further ado, here are the best songs about second chances in love.

“I’m begging, begging, begging you.” In this R&B-influenced pop single, Maroon 5 vocalist Adam Levine tries to salvage a failing relationship. Featuring scenes of desperation conveyed within the lyrics, “It’s a special occasion. Not invited but I’m glad I made it,” the singer tries to make things right and win back his ex.

“Tell me that you turned down the man who asked for your hand because you’re waiting for me.” Songwriter Ed Sheeran has a knack for writing vulnerable, layered love songs. ‘One’ is a quiet, forlorn ballad featuring only Sheeran’s voice and acoustic guitar. As he weaves in soft falsetto vocal lines throughout the song, he tells the story of a man in love with a woman who’s moved on, silently pleading with her in his mind to come back.

Back To You – Selena Gomez

This upbeat number has Selena Gomez loving with reckless abandon. The story finds her taking a big risk by getting back together with a guy who’s hurt her before and could do it again. “Took you like a shot.” They dove into their relationship, but as time goes on she, “Let a couple years water down how I’m feeling about you.” ‘Back To You’ details the complicated nature passionate relationships can often have.

Related: see our list of songs about loving someone you can’t be with.

Coldplay band leader Chris Martin wrote ‘The Scientist’ when he realized the album they were recording at the time was missing something. “But tell me you love me. Come back and haunt me.” Built around Martin’s instantly recognizable piano stylings, this ballad is about Chris’s tumultuous history with relationships and wishing he could go back for a fresh start.

Related: see songs to get over a breakup.

Make You Feel My Love – Adele

Originally written by songwriting giant Bob Dylan, Garth Brooks recorded this hopeless-romantic song for the hit movie, Hope Floats. When Adele resurrected the song years later, she added her soaring vocals to its stripped-down instrumentation and gave poetic lines like, “I could hold you for a million years, to make you feel my love” new life.

Just Give Me A Reason – Pink Feat. Nate Ruess

Written by Pink and Fun frontman Nate Ruess (who also appears on the track), ‘Just Give Me a Reason’ is about staying in a relationship even when you’re worried about where it’s headed. Pink has described it as a conversational song featuring two perspectives. Overlaying trimmed-down piano are hopeful lines like, “Just give me a reason, just a little bit’s enough. Just a second we’re not broken just bent, and we can learn to love again.”

Hate That I Love You – Rihanna Feat. Neyo

Neyo brings his clean, classic R&B style to Rihanna’s sexy single ‘Hate That I Love You.’ The tune opens up featuring crisp acoustic rhythm with Rihanna and Neyo trading vocal runs. As the beat drops and the song opens up, she starts singing about falling in love with someone you weren’t supposed to get involved with. “And I can’t stand you. Must everything you do make me wanna smile.”

“I changed you. You changed me. This is how these things go.” R&B powerhouse Mary J. Blige sings about asking for peace and a second chance after a broken heart in ‘Come To Me.’ This track is another addition in Blige’s repertoire of honest raw songs featuring beautiful lyrics like, “I’ll restore your freedom. I’ll carve away the worries in your heart. And I’m here to make peace.”

If You Leave Me Now – Chicago

“If you leave me now, you’ll take away the biggest part of me.” Bass player Peter Cetera specializes in ballads, so his Chicago bandmates chose him to sing lead for ‘If you Leave Me Now.’ Though the lyrics are deceptively simple, the song as a whole contains an unusual structure with the hook appearing early in the song and no traditional chorus separate from the verses.

“We were such a mess, but wasn’t it just the best.” Katy Perry goes big yet again for her single ‘Never Really Over’ about not being able to forget a romance no matter how much time has passed. This harmony-heavy pop song features layered electronic drum tracks and nostalgia-ridden lines like “Just because it’s over doesn’t mean it’s really over.”

Still In Love With You – Sade

“Darling, darling. Is this the end?” This Thin Lizzy original covered by soul artist Sade is a story about still being in love with someone even though the relationship is over. “Call on me baby, if there’s anything I can do for you.” Even though they are through, the singer stays loyal to her ex as she holds onto feelings for him.

Back To December – Taylor Swift

“I go back to December all the time.” In this somber pop tune full of emotional vulnerability, Taylor Swift sings about regret in regards to a former relationship. “This is me swallowing my pride standing in front of you saying I’m sorry for that night.” Set in present tense, ‘I Go Back To December’ details Swift’s chance encounter with her former mate. As they reminisce, she apologizes and says if she ever gets another chance, “I swear I’d love you right.”

“All our love is still special. Let’s take a chance and fly away.” This Lennon tune is about his relationship with Yoko Ono at a time when they were focused on renewing their love and passion for each other both personally and professionally. “Our life together, is so precious together. We have grown, we have grown.” This happy, dynamic song is about moving forward by ‘Starting Over’ with a fresh perspective.

Lips Of An Angel – Hinder

“Coming from the lips of an angel, hearing your voice it makes me weak.” Austin Wrinkler, the vocalist for rock band Hinder, delivers a vocal performance full of despair and determination. His commanding pipes paired with lyrics describing a private, hushed phone call between him and his lover give this song a duality that hits you in the gut as you listen to it.

Every Road Leads Back To You – Bette Midler

This imagery-heavy classic 80s ballad contains powerful lines like “Some say love, it is a razor, that leaves your soul to bleed.’ As Midler’s crisp, reverb-laden vocals describe the torment love can often put us through, she reminds the listener towards the end of the song, “Just remember in the winter, far beneath the bitter snows, lies the seed that with the sun’s love in the spring becomes the rose.”

With classic electronic 80s instrumentation, this pop power ballad has been covered many times with Mendes recording the most popular version. “I was as wrong as I could be, to let you get away from me.” With lost love as its theme, ‘Never Gonna Let You Go’ has been recognized as one of the most complicated pop songs ever written due to the tune’s key changes, unusual chords, and unique chord progressions.

Over and Over – Nelly Feat. Tim McGraw

This early 2000s collaboration marked the beginning of rap artists and country artists combining their styles to create a whole new subgenre of twangy, hip hop music. “I can’t go on not loving you.” Nelly and McGraw trade lyrical turns as they both sing about not being able to move on from a breakup. “It’s all in my head. I replay it over and over again.” Their vocal performances give off an air of desperation as they detail their ongoing heartbreak.

If you watched VH1 at all in the 90s, you’d inevitably hear Loebe’s conversational hit playing on the channel’s popular show, Pop-Up Video. “You say, I only hear what I want to.” With her iconic glasses and acoustic-based confessionalist-style songwriting, she sings about her own turmoil with past relationships in ‘Stay.’

Related: this appears on our best 90s karaoke songs list.

Against All Odds – Phil Collins

“You’re the only one who really knew me at all.” Phil Collins sings about loss and grappling with questions about how to move on in ‘Against All Odds.’ Adapted for a movie by the same title, this chart-topper was part of a series of #1 hits for Collins in America in the 80s. While he leaves the lyrics somewhat open-ended for listener interpretation, he used his own heartache over his divorce as the reason behind writing the song.