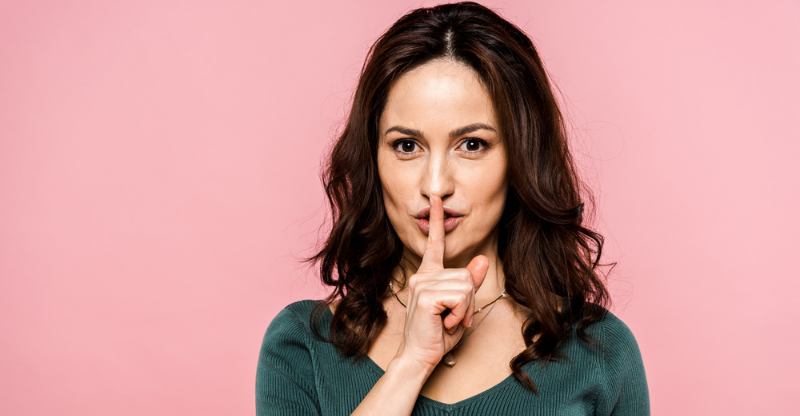 Secret love can be fun, risky, or heartbreaking – it depends on your position in the situation! This list has a mix of songs from people who are too shy to reveal their feelings, lovers who don’t have everyone’s approval, and those who are enjoying cheating on their partners.

So here’s our pick of the best songs about secret love.

This song tells the story of two lovers who shouldn’t be together because the woman is already in a relationship. But it doesn’t stop her from seeing this other guy! The love in this affair is real enough to keep them together, but the woman is afraid to let go of her current relationship. The song features Jason Derulo, and he sings about an actual situation he was in.

The two lovers in this song are each married and know that fooling around together could “mess up both our happy homes,” so they’re putting a lot on the line just to be together! Atlantic Starr had been around a while when this song came out, but it was the one that allowed them to hit the Top 10 on the pop charts in the US and UK.

The man in this song asks his lover why they can’t tell anyone about their relationship. In the second verse, he finds out that she has another lover, which is why she wanted to keep this affair a secret! The man says, “I won’t be the one who gives you love when your other guy ain’t giving you none,” essentially telling her she needs to pick which lover she wants.

She Doesn’t Have to Know – John Legend

In this song, John Legend sings of sneaking off to the other side of town because he’s cheating on his girlfriend with a woman cheating on her partner. The two are enamored with each other and don’t want to stop seeing each other, even though they’re risking it all just to see each other. According to John, “she doesn’t have to know,” so it’s no big deal, right?

The secret love in this song isn’t romantic, but rather love between a celebrity and their fans. The song starts with “My life gets kinda boring, need something that I can confess,” showing that the singer is left feeling lonely once the paparazzi goes away. Toward the end of the song, “just don’t let me disappear” sounds like the singer is pleading to his fans not to let him fall out of fame just because he doesn’t share juicy secrets.

Madonna sings of a love that isn’t supposed to be, even though it feels right – to her, at least. The song isn’t specific about what’s keeping them apart, but all it took was one kiss and one look to convince Madonna that the two were meant to be together. You may conclude that this is a story of unrequited love since it’s called ‘Forbidden Love’ and the song asks, “are we supposed to be together?”

This Taylor Swift classic is about two young lovers who want to be together, but Juliet’s parents disapprove of Romeo. The two sneak away to have some alone time since they can’t be seen together. The song ends in a happy ending: Romeo gets permission from Juliet’s father to propose, and they end up happily ever after. This song is still popular today and made it to number 2 and 4 in the UK and US, respectively, when it debuted in 2008.

Nothing’s worse than seeing the potential love of your life dating someone else! Shawn Mendes tries to convince a girl he wants to be with that he can do better than her current boyfriend, “and any girl like you deserves a gentleman!” You can assume that these two are at the very least close friends since she appears to cry about her boyfriend frequently. This song came in at number 6 on the charts in the UK and US.

Saving All My Love For You – Whitney Houston

Whitney Houston sings of a strong love for a man who’s with another woman, and rather than trying to find someone else to love, she’d “rather be home feeling blue” because she can’t be with this man. It may seem sad, but you can call it hopeful! This song made it to number 1 in the UK and US, so you can assume that there are plenty of other people who share this sentiment. Hang in there.

‘Rewrite The Stars’ appeared in the 2017 film, The Greatest Showman. The two singing the song want to be together, but life keeps pulling them apart. The man feels more optimistic about potentially being together, suggesting that they could “rewrite the stars,” but the woman says that’s impossible to do and that she’s “not the one you were meant to find.” The song doesn’t end with much hope since the woman says they’re “bound to break.”

Carly Rae Jepsen sings of a kiss that’s so good that she’s willing to cheat on her man! The man she’s after has a girlfriend, but he seems to be drawn to Carly. They spend time together dancing in clubs, but that’s about as serious as this relationship gets. The song charted at 23 in Canada but only 86 in the US.

Lie About Us – Avant

The man in this song has fallen in love with a woman despite already being in a relationship. He asks her to wait for him because he needs to figure out how to break up his current relationship before committing to her. Unfortunately, the girl doesn’t trust his intentions since he’s hesitant to let his other girl go. This song made it to the Top 10 R&B charts in the UK and US.

This song is about a woman in a somewhat committed relationship with a man who has another girlfriend, but she’s completely okay with that. In fact, she thinks it’s thrilling to be in the same room with the other woman. People have their suspicions, but nobody wants to say it out loud. So, their relationship isn’t a “big deal.” This song came out in 1998 and made it to the Top 10 in the US.

Lorde sings this song from the point of view of the “other woman.” The man has been cheating on his girlfriend with Lorde, but his and Lorde’s relationship is drifting apart; the two of them are the “melting magnets” in the song. Lorde wants him to stay with her and feels that she’s better than the girlfriend, but the guy doesn’t seem convinced.

Me and Mrs. Jones – Billy Paul

Billy Paul sings from the perspective of a man who’s dating a married woman. They meet at the same place every day, and although it’s unclear if the singer is also married, he does say, “she’s got her own obligations, and so do I.” They don’t want to get caught so they can keep seeing each other, even if it’s risky. This song made it number 1 in the US and 12 in the UK.

Don’t Stand So Close to Me – The Police

This song tells of a handsome teacher who finds one of his students attractive, and she seems to feel the same way about him. They keep their distance from each other to stay out of trouble, but he can’t help but feel bad that she has to wait in the rain for the bus. The risqué subject matter didn’t stop this song from reaching the Top 10 in the UK and US. Maybe that propelled it?

Somewhere Only We Know – Keane

When you start going through tough times with someone you love, things can be easier when you go back to common ground, whether that be a pleasant memory or a favorite place. This song is about that kind of place, whether real or mental, where lovers can go to be honest about their feelings and try to work through their problems. This song made it to number 3 in the UK but only reached 50 in the US.

This song is from the perspective of two women dating the same guy; one of them was his girlfriend, and the other was the woman he was cheating with. Now that they’ve both found out about each other, rather than fighting, they decide to be friendly with each other and kick him to the curb since he’s the one who betrayed them. Good move, girls.

The woman in this song assures the man she’s interested in that he can trust her with all of his secrets. They don’t appear to be in a relationship since he’s away so much, but she tells him he can come over any time he’s in town. You can conclude from the lyrics that she has feelings for him that he may not know about, so she’s trying to be so friendly toward him.