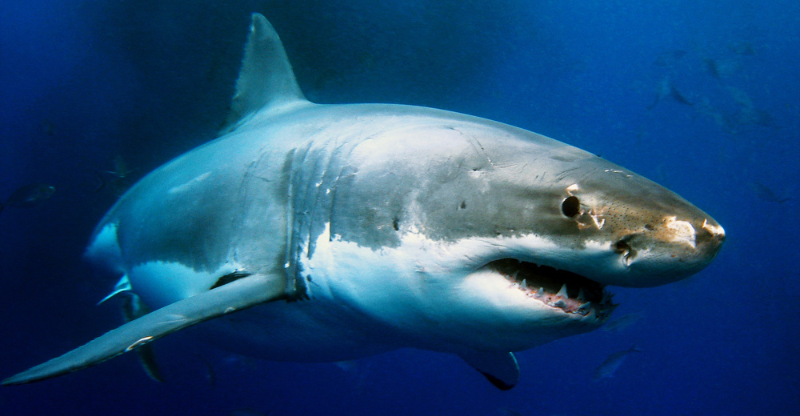 Sharks can be scary or fascinating, depending on how you look at them. Some people avoid them, while others enjoy learning everything there is to know about these underwater animals. Perhaps you enjoy Shark Week?

If you have ever wondered what musicians think of sharks, today’s the day to find out! This article will introduce you to some of the most interesting songs about sharks.

The sharks of this Imagine Dragons song are the liars and cheaters of the world. The track warns listeners to avoid dangerous and hurtful people that they may meet in life. However, vocalist Dan Reynolds points out that it’s hard for him to judge, as he, like most humans, has exhibited suspicious behavior in his life.

Related: If liars got you down, check out these songs about deceit.

Shark in the Water – VV Brown

This song’s line “there’s a shark in the water” refers to feeling anxiety—feeling as if something bad is about to happen. The track was written specifically about the anxiety surrounding romantic relationships, but VV Brown has said that it could refer to any feelings of anxiety that a person might struggle with.

Related: See similar songs on our songs about water list.

In this song, the shark seems to be a bad omen of sorts. The lyrics are about a man who keeps coming back to the woman who makes him unhappy. He promises to leave her for good at the end, giving the audience a cliffhanger to think about as the song closes.

Related: Here are the best songs about toxic relationships.

This song is about a dangerous person, whom Bobby Darin warns the listener about. The song sounds happy but has a very dark theme. After hearing the original in the German play The Threepenny Opera, Darin decided to record his own version, where Mack is the main character.

Here’s a track about guys who hit on attractive women with an air of danger and exploitation. Jimmy Buffett was inspired to write the piece when he observed the treatment of beauty contest contestants by a group of men at a bar in the Daytona Beach area in the state of Florida.

It can be hard for even dedicated fans to understand the true meaning of this song, which was written for the film Deep Blue Sea. However, LL Cool J seems to be hoping to become the “deepest” person and refers to his hat as a “shark’s fin.” Perhaps the draw of this song is its abstract lyrics.

This song seems to find two people in a tense situation where one is out of control, and the other loves them anyway. The “shark in your brain” seems to be the unhealthy mindset and lifestyle this out-of-control person is dealing with—or not dealing with. It shows how hard it can be to look for the good in someone that you love who is letting you—and themselves—down.

Related: Check out our songs about not being good enough playlist.

Here’s an energetic song that compares a heartbreaking woman to a shark. She’s attractive and magnetic but hurts her love interests in various ways. It’s obvious that the protagonist has been hurt by her and is singing about her hurtful behavior from his own painful experience. It highlights the pain of being heartbroken by someone you had strong, passionate feelings about.

Related: Listen to more songs about getting hurt.

Arguably the most famous of the shark songs, this iconic instrumental piece is often used in media other than Jaws to highlight a dramatic and dangerous event—sometimes humorously. John Williams wrote the track in such a way that it would illustrate the grinding, tense feeling that a shark attack has. Why does the song hit the listener in such an uncomfortable and emotional way? The likely answer is because it only uses two notes played in the film as the shark approaches its victim.

Perhaps the cutest shark song to ever be released, this Pinkfong children’s song and dance became a cultural phenomenon after its release in 2015. If you listen closely to the lyrics, however, you will soon learn that the sharks are planning to catch their prey—they just aren’t successful. Even more surprising, the song was based on a campfire track about a swimmer who died after a shark took his limbs!