18 Great Songs about Shopping and Shops 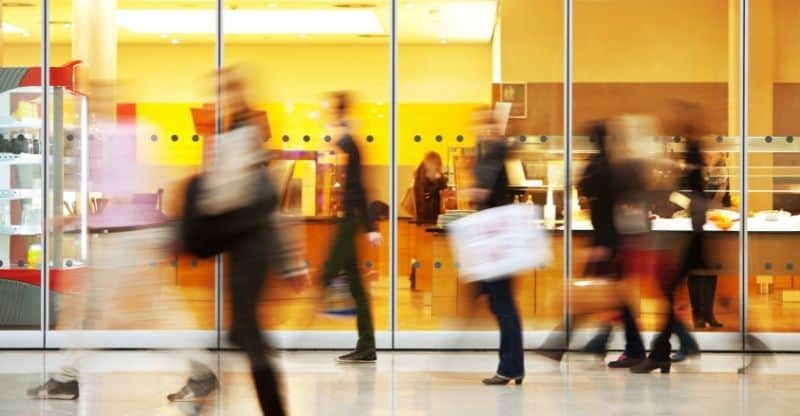 Shopping is something most of us love, especially if you’re shopping for something you’re genuinely excited about – there’s a reason why it’s referred to as ‘retail therapy.’

The amusing this is that many of these songs are a scathing attack on consumerism and society as a whole. Rather than celebrate fashion hunters, they poke fun at them.

So whether you’re doing your weekly grocery shop, or you’re shopping for a bright green Lamborghini, here are some of the best songs about shopping.

Lost in the Supermarket – The Clash

This song is meant to be a criticism of consumerism. The song suggests that buying things to be happy eventually becomes overwhelming and stops making people happy as it did at first. Joe Strummer first wrote ‘Lost In The Supermarket’ while feeling overwhelmed in a supermarket, so the consumerism meaning is pretty blatant. Another interpretation some people take from it is as a metaphor for loneliness. Being lost in the supermarket can be symbolic of finding your place in the world.

Shoplifters of the World Unite – The Smiths

The shoplifters mentioned in this song aren’t those who steal tangible items but rather borrow ideas and beliefs to use them for their own gain. The song’s title is a reference to “workers of the world, unite!” which is a slogan of communism. The song’s message isn’t clear, but many people interpret it to be against capitalism or as a call to share ideas with others. The single’s vinyl sleeve had a picture of Elvis Presley, which really drives home the idea of “shoplifting” ideas for the benefits.

Shopping’ criticizes the privatization of businesses, which frequently happened in the 1980s. Privatization is when public services are sold to private businesses to operate them. The joyful “S-H-O-P-P-I-N-G” sounds like a fun Saturday out, but really it’s a dismal situation because it’s the House of Commons selling off public services to make more money, which results in the people paying more money. The irony of this song is that it’s been used in TV and movies during shopping scenes.

This song is about a shallow woman who’s only in it for the money. Her “part-time heart” means she’s only sort of in the relationship for love but is mostly in it to get gifts, so she’ll move on once the money runs out. It’s a fun song, but it does have a grim meaning below the surface when it says nobody’s her prince. It suggests that she can’t find love, so she keeps it all on the surface and goes after the money. Despite having everything money can buy, she’ll always feel empty.

It seems like people either love or hate this song – John Lennon hated it but it helped reggae-style music grow more popular in the UK and the US. It was the first reggae-style song to hit #1 in the UK. The title came from someone who used to say “ob-la-di, ob-la-da, life goes on” at the clubs they played at, and they eventually paid the man to drop rights to the phrase since he demanded money for it. The song is upbeat and carefree and follows a man and woman who fall in love and build a life that goes on together.

Queen of the Supermarket – Bruce Springsteen

Most people probably know what it’s like to spot someone beautiful at the grocery store, and this song describes those feelings to a tee. It mentions the heightened feelings you might feel in the moment: ecstasy, bliss, love. But, the employee doesn’t notice because she’s just bored doing her job. The singer achieves “victory” at the end of the song when he notices her smiling at him as he drives off. Depending on how you look at it, this song can either be a comedic dramatization of your feelings or the song you cry to at night.

According to this song, if you can’t afford a wealthy and fabulous lifestyle and you’re jealous of others, you’re window shopping 50 Cent is mocking anyone who’s mad at him for living a lavish lifestyle and even goes as far as to threaten those who want to mess with him because of it. He takes an “it’s your fault if you’re not rich” approach, pointing out that he had to work hard to get to where he’s at in life.

This song is a loose parody of 50 Cent’s ‘Window Shopper’ song. In 50 Cent’s song, “window shopper” refers to people who envied his wealth, but the meaning can be taken at face value in Lily Allen’s song. The song talks about how her nan is incredibly cheap and won’t buy things unless they come from a thrift store. This parody keeps the diss track style by insulting the grandmother for buying Christmas gifts way before the holiday shopping season begins and mentioning the bingo obsession.

In a world that glorifies designer brands, new clothes, and buying everything you can, ‘Thrift Shop’ stands out because it glorifies the humble activity of buying used clothes. Macklemore wanted to make a song that went against the norm; most hip-hop songs are about being wealthy and successful, but this song idolizes being cheap and hunting for bargains. The lyrics sound comedic and a bit like a parody, but it was surprisingly popular when it came out and was #1 in Australia for six weeks.

This song is about a man who’s feeling defeated and seeks solace in drinking and getting high. He’s stuck in a dead-end job and doesn’t have any money, so what can he do but forget his problems until tomorrow? The lyrics are somewhat hopeful, saying that tomorrow will be better, but it’s clear that it’s a never-ending cycle that’s hard to break. The song is a reggae style and features Bob Marley’s son, Damian, so of course it has a “don’t worry about it” attitude.

Man in the Corner Shop – The Jam

‘Man In The Corner Shop’ examines society’s social class systems. A factory worker is jealous of the man who owns the corner shop, thinking he’s rich. But, the corner shop owner sells cigars to the factory owner, who’s much more prosperous than him. The irony is that they all attend the same church where they’re told that everyone is equal in God’s eyes. But in day-to-day life outside of the church, that’s not the case. Paul Weller, who wrote the song, says he meant to be flippant about the system when he wrote it.

Consider this song a cautionary tale of “gold-diggers,” or women who are interested in wealthy men simply because they have money. It can also be a wake-up call to those dating a gold-digger since the lyrics say that they’re all laughing at you for wasting your time with one. This song was De La Soul’s first single but came from their seventh album, The Grind Date.

I Am a Grocery Bag – They Might Be Giants

“What?” That might be what you said when you first heard this song if you’re unfamiliar with They Might Be Giants. ‘I Am A Grocery Bag’ came from their 2002 children’s album, No! The album is full of quirky, nonsensical songs that don’t offer much deeper meaning (it’s for young children, after all.) However, this song may be a call back to their 1990 song, ‘Dead,’ which talks about coming back as a grocery bag.

This song is a social commentary about how women’s magazines can cause women to fall for the lies that they can buy solutions for all their “problems.” The song points out that women who are already perceived as beautiful will buy what they believe will make them beautiful because they don’t feel that way when comparing themselves to the magazines. It also points out how the magazines create urgency about settling down and having kids, and learning how to cook.

Jonathan Richman sings about a shopping mall in this song, and it’s unclear if he’s making a statement or simply singing about buying things in stores. Whether or not he had a message to share when he wrote this, it may make some people think about how shopping malls could be perceived as a strange way to shop. People used to go to separate buildings owned by different people, but now we can find everything we need under one roof.

On the first listen, you may laugh at this song – a can of pineapples turning into peas? – but it’s actually about the cruel conditions of inequality in the United States. In the song, Eugene McDaniels wants to return his “magical” can of peas but is instead met with violence. This can be considered a metaphor for being sold a lie (presumably about safety or equality) by white people and getting threatened and called names for standing up to point out it’s a lie.