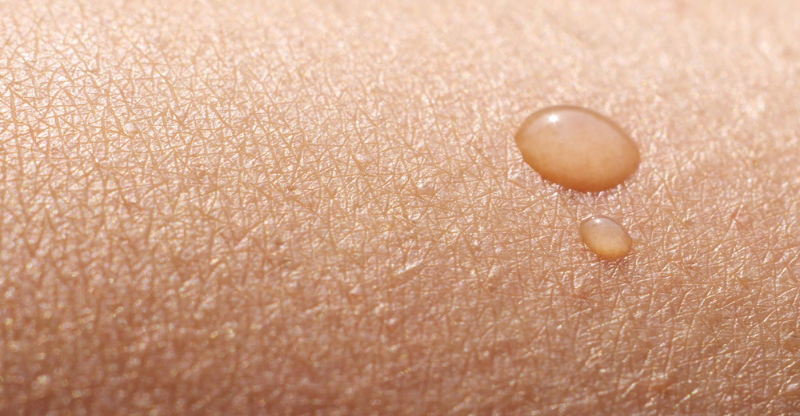 Skin… a weird topic for a playlist, perhaps? That’s where you’re wrong! As you’re about to see, there are some absolute stonker tunes that include or mention this silky-smooth covering for our flesh and bones!

Feeling comfortable in your own skin? Then sit back, grab some headphones and check out these songs about skin (that hopefully won’t break out in an itchy rash :-))

The term “skin deep” refers to shallow people who lack substance. Often considered one of the most underrated songs of the ’80s, This Stranglers ditty implores you to “watch out for the skin deep”, in other words, beware of false, disingenuous, self-serving people (I’m sure they encountered plenty in the music industry.) “Make sure that you’re receiving the signals they send / Cause brother, you’ve only got two hands to lend.” What a great song.

From their first EP named “No One’s First, and You’re Next,” this song is a stirring, angry song. What he’s angry or disillusioned about is open to interpretation. Is it modern life, work, or relationships? The term “moth wing feelings” denotes his inner, fragile self (if you’ve ever touched a moth’s wings, you’ll know it sort of disintegrates and turns into dust).

Many of us will be able to relate to the feelings in this song, as it’s a song about love lost. The singer looks back wistfully at a summer romance that ended all too quickly. Some brilliant evocative language is used here that eloquently captures those long summer evenings (“Squeaky swings and tall grass / The longest shadows ever cast”). It’s one of the band’s most beloved songs and appeared on their band’s equally brilliant album, Plans.

Related: Check out more songs about frolicking in the summer.

Award-winning Kenyan band Sauti Sol were originally an acappella group, which explains their strong vocal performance in this catchy song about being obsessed with a “heart breaker” black woman on the dance floor (the addition of Nigerian reggae-dancehall singer and songwriter Patoranking add to the vibe nicely too). ‘Melanin’ refers to a pigment produced by cells in the skin (the amount of melanin determines their skin color, people with more melanin in their skin have a darker skin tone).

“Skin and Bones” by the formidable Foo Fighters tune dealing with themes of vulnerability, frustration, and the fragility of, well, us humans (“seems my time is growing thin”.) If you’re wondering what ‘Brennivín’ refers to in the line “All worn out and nothing fits / Brennivín and cigarettes”, it’s a strong Icelandic drink (which translates as “burning wine,” so you get the idea.)

Related: Check out more references to alcohol in our list of booze-related songs.

A classic of the British 1980s indie oeuvre, “Perfect Skin” opened up the band’s superb “Rattlesnakes” album. Notable for some very spiky lyrics (you have to love the line “she sexually enlightened by Cosmopolitan”), the song is about someone (“Louise”) who is overly confident and self-assured – the singer is envious/obsessed with her perceived perfection and “cheekbones like geometry”. The song is cleverly written, with surrealism a-plenty (“up eight flights of stairs to her basement flat”), not to mention the excellent final line “strikes me the moral of this song must be there never has been one.”

Related: If you liked this, you simply must check out one of their other classics, “Lost Weekend”, which we include in our list of songs about taking a break.

I’ve Got You Under My Skin – Frank Sinatra

Written by Cole Porter in 1936, it was Frank Sinatra who made it his own in 1966, becoming one of his signature tunes, and his powerful performance of it really is something else. The words are about getting hooked on someone (or, alternative meaning, something…no prizes for guessing what). Far from being a romantic song, it’s actually about an affair. The protagonist keeps telling himself to wake up, “why not use your mentality / Step up, wake up to reality”. But he’s too far gone, all his willpower is gone. Love is blind, or infatuation is, at least.

Skin And Bones – The Sundays

The Sundays were a short-lived British indie band from the early ’90s. Their eponymous album, Reading, Writing and Arithmetic, was loved by many. “Skin and Bones” was one its high points, with dreamy instrumentation and beautiful vocals about the fragility of life (“we’re just flesh and blood/ And we’re nothing much more.”) Some quirky lyrics, too, such as “Oh, you see me in a cardigan / In a dress, dress, dress that I’ve been sick on.” The many students (of which I was one) spewing up after a night out could really relate to this line :-).

The lyrics of this song were inspired by a scene in the dark TV show Game of Thrones (spoiler alert: where Jon Snow’s Wildling girl dies on him). It’s a song about reminiscing about a past love that couldn’t be. About loving someone you can’t (or couldn’t) be with and thinking about what could have been. The singer admits that he’ll be thinking about her to his dying day. “When I run out of air to breathe / It’s your ghost I see / I’ll be thinking about you, about you”.

Don’t be fooled by this upbeat, quirky folksy song. It’s dark as anything! When you delve into the lyrics, you see it’s about using body parts to make items of furniture! It’s black comedy, folks…not to be taken literally. It’s actually a really great little song!

Here’s a powerful anthem by Lizzo about self-acceptance and loving oneself, no matter what others think or say. She sings about embracing her own imperfections and not letting anyone else’s opinions or criticism get her down. It’s a strong message about self-love and positivity.

Pop icon Beyoncé created this ode to “pretty dark skin” for the album “The Lion King: The Gift”, a collection of songs based on the worldwide phenomenon. The tune served as the impetus for the #BrownSkinGirlChallenge, a campaign that urged women of color to embrace their dark complexion by posting pictures of themselves online. Afrobeat Nigerian singer Wizkid appears on the track alongside Brooklyn-based SAINt JHN. Even Beyoncé’s daughter, Blue Ivy Carter, joins in. It’s a family affair!

The all-too-short life of American rapper Mac Miller (he died at just 26 from an overdose) is punctuated by some truly outstanding bits of music. The lyrics don’t leave much to the imagination (it’s not for young ears), but if you can get past the sexual references and hear the clever wordplay and rhyming, it’s really amazing. RIP boss man.

Here’s a laidback, gentle song about vibing with someone. There’s no underlying angst or complications, just unbridled joy at spending time with someone you’re into. “We come alive in the evening with heat and wet skin.” The video shows some serious clipping of hair, reminscent of Kubrick’s opening sequence in Full Metal Jacket. I’m sure that’s probably just me spotting that. I need to get out more 🙂