13 Great Songs about Snow and Snowfall 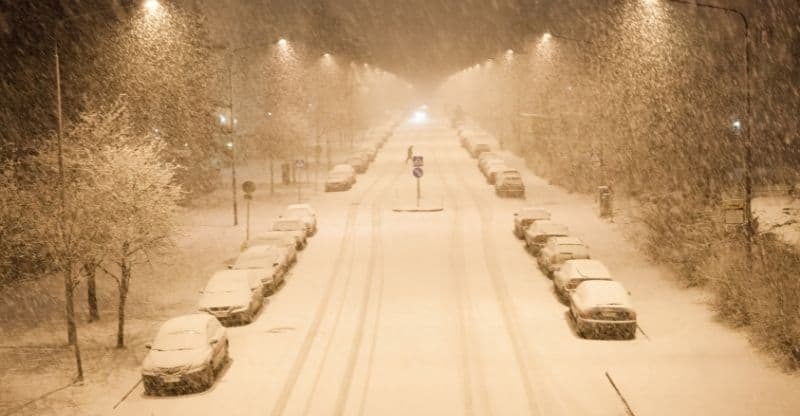 Snow can be a beautiful thing – when you watch it through the window from the comfort and warmth of your home. If you’re lucky enough, you’ll get to spend this wonderful season with the people you love, and the right music can set a perfect wintery mood.

If you’re expecting a blizzard or you’re already stuck at home because of one, it’s time to put down your shovel and enjoy a nice playlist filled with songs about snow.

There’s hardly anything more heartwarming than your childhood hometown during the winter season, covered in snow. This song is sure to make you feel nostalgic for the place you’ll always call your home.

In one of her interviews, the singer said this song was inspired by her childhood memory of walking to the top of the hill with her father. Living on her own made her reminiscence about the good times she had back home.

Drugs are not exactly the first thing that comes to our minds when we think about snow. Or to some of us, at least.

Cocaine and snow – two types of white stuff that have nothing in common, but somehow share the same name. In this famous RHCP song, the band sings about how hard it can be to try to start your life anew and get out of the self-destructive loop.

Growing up and going through the teenage years brings a lot of lessons, and they’re never easy. ‘White Winter Hymnal’ is all about trying to fit in.

This seemingly morbid song relates to the singer’s youth. He used to hang out with a group of his friends who grew up to do some questionable things. As they went their separate ways, the singer had a hard time adjusting to their new lifestyles.

Related: this one features on our playlist of songs about winter.

Not only is it a beautiful sight to see snow, but it’s also quite fascinating. Each snowflake is unique and every single one is extraordinary. How could you not write a song about it?

The song was inspired by the myth that Inuit Eskimos have 50 words for snow, so the singer decided to make up her own list. It includes some real synonyms, as well as her made-up ones.

For more Bush, check out her song ‘Breathing’ from our songs about breathing list.

Was a murder ballad a thing that crossed your mind when you first read the title? Yep, we didn’t think so, but we have one for you.

‘Cold Rain and Snow’ is a song that was a regular on the Dead’s repertoire. While the original 1917 version can be interpreted as a ballad about a murder, in the band’s version, a husband feels bad for mistreating his wife, but doesn’t kill her.

For more from The Dead, check out ‘Touch of Grey’ on our songs about not giving up playlist.

One of the most famous songs about snow and the first one most of us will play when the winter becomes snowy.

The Sinatra’s classic became an anthem for our favorite holiday season, even though there’s no mention of Christmas in the song. It celebrates snowfall and all the joy that it brings. It makes you want to cozy up and watch a snow blizzard with a cup of hot chocolate in your hand.

For more from old blue eyes, check out another of his classics – ‘The Coffee Song’ – on our songs about coffee playlist.

I’ve Got My Love to Keep Me Warm – Billie Holiday

Sometimes, no matter how bad it gets outside, being inside with the right people can create some of the most beautiful memories.

Imagine this: there’s a snowstorm outside, you’re at home, drinking a hot cup of tea cuddled up with the person you love. Now an awfully cold December doesn’t sound that bad, does it? This song describes how being stuck inside isn’t all that bad when you’re with the right one.

The biggest fear for all of us when there’s a blizzard outside – being buried under the cold, white snow…no thanks! We’ll stay inside just in case.

The song’s title is pretty straightforward. This blues tune sings about Nick’s friends being buried alive under this cold white evil. Fresh snow can be beautiful when you’re watching it from the warmth of your home, but not really when you’re buried in it.

If you want to feel a blizzard in a form of a song, ‘Velvet Snow’ is as close as it will get.

When it gets too cold, the best thing you could do is do things that will keep your blood pumping and your body warm. Is there a better thing for that than dancing? This song will shake you up and make you giddy with excitement.

In the case of this song, Winter serves as an allegory. The tune is not about the seasons as it might seem at first; rather, it’s about life and the passing of time.

Not the most cheerful song on our playlist, but definitely one with a deeper meaning. The band sings about how they spent their lives looking for something perfect, instead of actually living. They incorporated seasons are a metaphor for the cycle of life.

Angel in the Snow – Elliott Smith

Is there anything sweeter than a wintertime love? Winter is the most romantic season, and the luckiest of us will experience it with the person we love.

This wonderful acoustic ballad sings about laying down in the snow beside your dearest. It seems as if everything feels good when it happens with the right person, even if it’s laying on a bed of ice.

Although winter is the time of holidays and cheer, many face the terrible feeling of seasonal depression. We get it, dark and gloomy days can get you down, but hang in there – the spring is just around the corner.

The song describes the feeling you get when winter gets a bit too hard to bear. It reminds you that it won’t last forever and that you should hang in there for the sunny days that’ll come.

The Fox in the Snow – Belle and Sebastian

Cold, darkness, and long nights – it can all get a bit lonely during wintertime. This tune explores the themes of loneliness and missed opportunities.

The song addresses a fox, who’s hungry and cold, a girl that finds solace in books, and a boy riding his bicycle until his legs hurt. In the end, they show a bit of hope with a kid playing in the snow, making the most out of it and using the opportunity he has.