16 Songs about Soldiers to Pay Respect 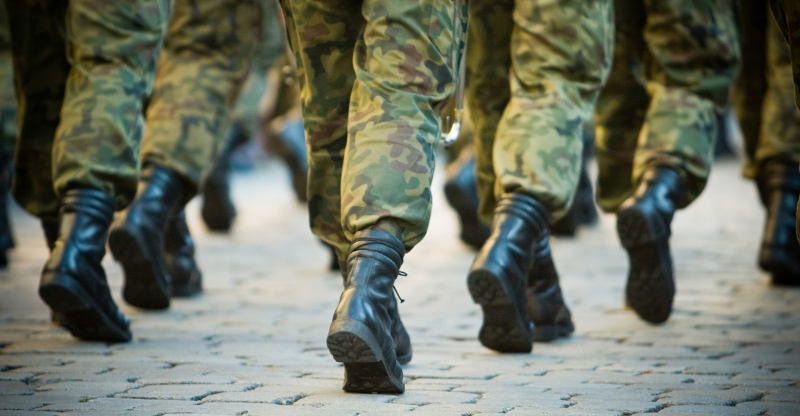 Soldiers have difficult lives. They experience hardships that few others can understand.

Many musicians have written and sung about soldiers to honor them and their bravery, many of them being country songs. Here are some of the best songs about soldiers to help you reflect on the sacrifices that heroes make to help their countries.

This is a cover of a 1996 Bruce Robinson song. The lyrics tell the story of an American serving in the Vietnam War. He befriends and writes to a waitress during his service and up until he dies. The waitress is the only person who knows of the young soldier’s death. This touching song became a number one hit for The Chicks.

Related: Check out some other great story songs.

‘8th of November’ tells the story of Niles Harris, who survived a Vietnam War battle that took the lives of 48 soldiers. A medic named Lawrence Joll, who saved lives that day, is also mentioned in the lyrics. He was the first black man to receive a United States Medal of Honor. The music video was nominated for a Grammy.

Here, Toby Keith sings as a soldier headed to war. He’s willing to make the ultimate sacrifice for his country if needed because “freedom don’t come free.” This song stayed at the top of the US country charts for four weeks straight after its release.

This soldier song has a narrator who is a dead soldier. He wonders if he can only find peace when the war ends. The song honors soldiers at the same time that it questions the violence and senselessness of war. The West Point Cadet Choir is featured on the track during the final acapella chorus.

Related: Here are the best songs against war.

Carrie Underwood sings about a soldier’s young wife in this piece. She is having trouble grappling with the fact that her husband has died. She hopes it is all a dream, as she can’t believe this tragedy has happened to her.

Related: Have sweet dreams with our dreaming songs playlist.

If You’re Reading This – Tim McGraw

The soldier in this song is dying throughout the track. He seems to be writing to his loved ones with his last wishes and his hopes for their futures. The letter he has written seems to be something he prepared before his death in case something happened to him.

Related: Listen to our playlist of songs about dying.

Some Gave All – Billy Ray Cyrus

This was the title track of Billy Ray Cyrus’s debut album in 1992. He re-released it on his 2011 album I’m American. The song describes the extreme sacrifice that soldiers who die in action make for their country. Cyrus and his first wife, Cindy Smith, wrote the track after speaking with a Vietnam War veteran.

This song tells the story of a man who buys a car that once belonged to a soldier. A note inside says the soldier must have died if someone else had the car. The man feels like he is traveling with this Private Malone in the car. When he gets in an accident, someone reports seeing a soldier pull him from the car and save his life. It seems as if Private Malone’s spirit saved him.

Related: Drive over to our list of car songs.

For You – Keith Urban

Keith Urban wrote this track with songwriter Monty Powell for the end credits of the film Act of Valor. The soldier in the song wonders if he could die for his country and fellow soldiers. He realizes he can if he must, even though he doesn’t want to be a hero.

Related: see our list of hero (and reluctant hero) songs.

The veteran protagonist in this track has difficulty adjusting to civilian life. He doesn’t experience gratitude at home; instead, people criticize him. He has seen and experienced horrific things that others in his life can’t understand, making him feel frustrated and alone. No one seems to understand the sacrifices he made for them.

This song talks about the sacrifices soldiers make and the power of brotherhood. A brother is in pain as his brother goes to war. He tries to deny what is happening and begs his brother to stay home, but he says he’s doing it for him. When the older brother returns injured, the younger brother repays him by helping him.

Here’s a track about the United States National Guard. It talks of how the National Guard will be there for all of the country’s citizens in their time of need. It also serves as a reminder to citizens of the many ways that soldiers work tirelessly to protect their country.

Here we see a narrator who waits for letters from home while fighting in a war. Throughout the song, he gets letters from his mother, his fiancé, and his father. In the chorus between letters, he sings of how he looks forward to receiving these letters.

Related: Homesick? Here’s our list of the best songs about going home.

The protagonist here wonders why a soldier she cared about had to die. She doesn’t believe anyone dies until it’s their time to go, so she decides that Heaven must have needed a hero who was full of honor and duty. The song was inspired by the death of the first female American soldier fighting in the Iraq War.

Related: Hear this song on our heaven songs playlist.

The Other Little Soldier – Josh Gracin

The boy in this song pretends to be a soldier like his father. He doesn’t understand the danger his parent will face in his role. The father dies in the end, and all the boy can do is salute the man, highlighting the helplessness and heartbreak that such a death can create in family members.

This is an anti-war song that also criticizes class inequality. It highlights the unfairness of poor soldiers fighting rich people’s wars. The song supported soldiers and their sacrifices but criticized the Vietnam War. It is not meant to be a patriotic American anthem, however.

Related: Empty pockets? Here are some songs about no money.