19 Best Songs about Spring and Springtime 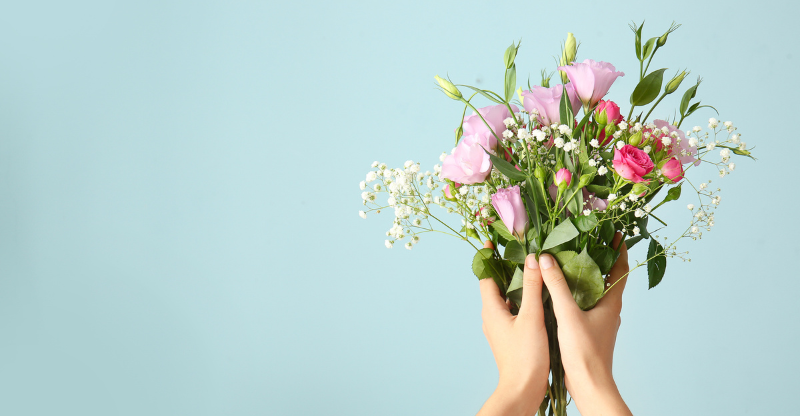 Nothing evokes feelings of happiness, new beginnings, and hope for the future the way the spring season does. Due to spring’s universal emotional appeal, musicians have demonstrated this feeling through spring-themed songs for many years. Here are some of the most famous songs about spring to help you get into a fresh and sunny mood.

This song was originally written for Rodgers and Hammerstein’s musical film State Fair in 1945. Frank Sinatra had a hit with his 1961 cover. It’s about feeling a change in the air and a desire for change in one’s own life as if it were spring. Other famous artists have also covered this piece over the years.

Biz Markie’s track is about finding new love in the spring. It’s also about happy spring memories from childhood and leaving hurtful lovers behind. It may not be one of the most popular spring songs, but it’s a good one to listen to.

April Come She Will – Simon & Garfunkel

This song compares the changing weather of the spring to the impulsive behavior of a young girl. It is the shortest track on Simon and Garfunkel’s album Sounds of Silence and featured on the soundtrack for the film The Graduate.

The Beach Boys sing of starting anew and celebrating life after spring starts. This feel-good song is typical of the group in that it mentions summer weather, having fun around town, and having good vibes.

Up With the Birds – Coldplay

‘Up With The Birds’ borrows from Leonard Cohen’s song ‘Anthem’ from 1992. It’s about dreaming of being free with the birds, having hopes of reconnecting with a past love, and looking forward to a happy future. It’s the closing track on the album Mylo Xyloto and is meant to feel like the ending piece of a story or film.

Related: Find this song on our playlist of bird songs.

The protagonist of this track tells an interesting story of visiting Fairbanks, Alaska, and meeting a woman that he dances with. It turns out she’s engaged, and the protagonist fights with the husband-to-be, leaving him with a likely-fatal wound. While it’s unlikely for the temperature to reach negative 40°F in Alaska during the spring, it has happened.

The lyrics in this The Flaming Lips song are somewhat abstract, but the heart of this song reminds you that you can’t stop time from passing or change from happening. This appeared on their album Oh My Gawd!!! in 1987.

George Harrison was inspired to write this song about the end of winter and the brighter days ahead by England’s long and seemingly unending winters. He also wrote it after the end of a long round of business meetings that he hated to attend. It was written on Eric Clapton’s acoustic guitar and became an unforgettable Beatles song.

Luke Bryan reminisces about memories of good times during spring breaks on the beach in Panama City, Florida. It’s a tribute to fans and their experiences at Bryan’s spring break concerts. The music video includes clips from Bryan’s Florida beach concerts.

‘April in Paris’ explores feelings of nostalgia and brokenheartedness caused by spending spring in Paris. Count Basie is one of several prominent jazz artists who covered this classic. Its lyricist also penned the words for ‘Somewhere Over the Rainbow’ from The Wizard Of Oz.

This song compares the changing seasons to the changes that becoming a father and watching your child grow can bring. It appears on The Avett Brothers’ 2012 album The Carpenter.

Some Other Spring – Billie Holiday

Billie Holiday looks forward to a supposed time in the future when her heart will heal, and she will move on to new love, much like how flowers bloom when spring arrives. Numerous artists have covered the track since Holiday’s version was released, including Tony Bennett.

Spring (Among the Living) – My Morning Jacket

This song explores the changes and rebirths that come with early spring with the arrival of warm weather. Frontman Jim James saw the passing of many seasons during the year that My Morning Jacket’s album The Waterfall was made, which inspired this track.

The Lullaby of Spring – Donovan

Donovan describes the beginning of another spring with this piece. It appears on his fifth album, A Gift from a Flower to a Garden, which was released in one of folk music’s first box set collections.

A city boy falls for a Kentucky farm girl in the film April Love, where this song appears. Pat Boone plays the city boy, and the farm girl, played by Shirley Jones, falls for him when he sings this tune about finding love in April.

Spring Can Really Hang You Up the Most – Ella Fitzgerald

Sometimes, we feel down even if the beautiful spring is beginning. That contradiction is what this track is about. It was written in 1955 but was featured in 1959’s Broadway musical The Nervous Set and has been covered by various artists, including Bette Midler.

You Must Believe in Spring – Bill Evans

Bill Evans encourages listeners to believe in spring and love, even when neither seems to be in sight. It is the second track on Evans’ album of the same name. Evans has also duetted the track with Tony Bennett. Barbra Streisand covered it in 2009.

Spring Will Be a Little Late This Year – Carly Simon

This duet between Carly Simon and Jimmy Webb says that spring will be late, as the protagonist’s love has left her. It was initially written for the 1944 movie Christmas Holiday before finding popularity through cover versions in the 1950s and beyond as a jazz and pop standard.

Elvis Presley sings of having fun and getting out when spring starts. It appears in Presley’s film Girl Happy and on the soundtrack of the same name, which was Presley’s tenth soundtrack release. This spring song was certified Gold in the United States in 1999.