19 Best Songs about Stars That Will Have You Mesmerized 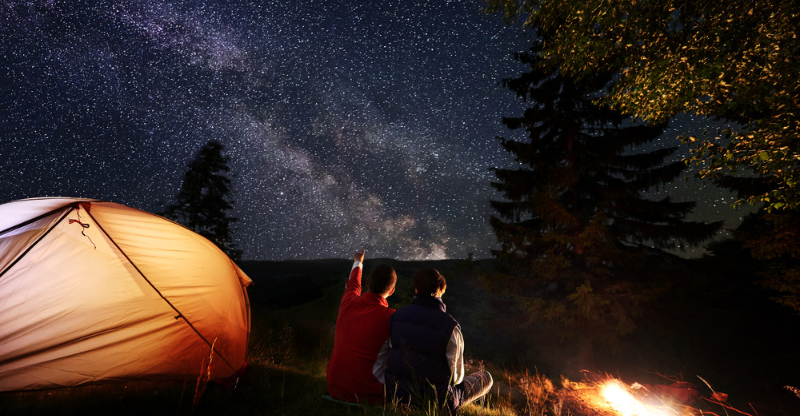 Stars have a magic quality that makes them a fantastic artistic muse, especially where music is concerned. Many musicians have used stars in their literal or figurative form to write songs that listeners can delight in and relate to. Here are some songs about stars that you may have heard of and some insight into each one.

Perhaps one of the most popular star songs, this song addresses the enticing properties of money while also demonstrating that dreams are more important than riches. It starts with the chorus, goes into an instrumental section, and then follows the typical pop song structure to create a somewhat unique sound.

We Are All Made of Stars – Moby

Moby uses the fact that humans are mostly stardust to demonstrate how unified we all are in this piece. It was inspired by the New York City attacks on 11 September 2001 and is meant to be a hopeful song.

All of the Stars – Ed Sheeran

Ed Sheeran wrote this track for the end credits of the film The Fault in Our Stars. The song references the Snow Patrol song ‘Chasing Cars.’ It’s about missing someone but has its hopeful elements.

A Sky Full of Stars – Coldplay

This track is about falling in love with someone who seems magical and features Avicii on the piano. It’s considered by many to be Coldplay’s most dance-worthy track with its house music-inspired beats and bass rhythms.

Related: Listen to our playlist of sky songs.

This uplifting tune says that we are all shining stars who can dream big. It was a Number One hit for Earth, Wind & Fire on the US Hot 100 and R&B charts. It is also a meaningful piece from an era filled with more simplistic disco tunes.

‘City Of Stars’ was written specifically for the 2016 musical movie La La Land. It demonstrates how magical the city you live in can feel when you fall in love. Ryan Gosling can’t whistle, so Justin Hurwitz provided his whistling for the song.

As with many Bob Dylan tracks, you can interpret this piece to reflect a failed relationship between a man and a woman or reflect on Dylan’s relationship with God. It was written in 1989 and appeared on the album Oh Mercy.

This is a cover of the track from 2017’s musical biopic The Greatest Showman, where Zac Efron and Zendaya initially perform the song as two love interests whose different lives prevent them from being together. Anne-Marie and James Arthur performed the song for The Greatest Showman: Reimagined soundtrack re-recording album.

Related: Check out more of The Greatest Showman songs.

This song explores the sadder side of living on the road, where one may lose their sense of self and miss their significant other. Its sound is partially influenced by tracks from The Strokes.

There’s a Star for Everyone – Aretha Franklin

Aretha Franklin’s ‘There’s a Star for Everyone’ seems to be about someone who feels lost and also heartbroken after the end of a romance. It was released in 1981 on the album Love All The Hurt Away and later on the album Love Songs in 2001.

It has been speculated that this song got its name from a Seattle sculpture, much as Soundgarden did. The lyrics express a general feeling of despair and sadness, but Christ Cornell has said that they didn’t necessarily come from a place of deep darkness. The song was a commercial success that won the band a Grammy Award.

The Beastie Boys sampled from ‘Love Is Blue’ by The Jazz Crusaders and the classic song ‘Prelude C-sharp Minor’ by Rachmaninoff in this piece. It’s a confident, boasting piece that makes various intergalactic references and pop culture ones. A vocoder created the robotic vocal sounds.

Related: Start your morning with some coffee songs.

This track about heartache is quite lengthy, with an impressive runtime of eight minutes and 28 seconds. Joyful music contradicts the lyrics for an interesting sound. BBC used the song as the theme for its coverage of the 2014 World Cup in Brazil.

Waiting for a Star to Fall – Boy Meets Girl

This one tackles the pain of loving someone from afar and wanting more, to which the title alludes. Boy Meets Girl members George Merrill and Shannon Rubicam wrote the song after seeing a star shoot across the sky. It was intended for Whitney Houston but was deemed not to be a fit for her style at the time.

Related: Check out our playlist of songs with colors in them.

This track was Madonna’s debut single based on the “starlight, star bright” nursery rhyme. It’s about a guy whom the narrator sees as her lucky star. It was Madonna’s biggest hit that only lists her as a writer.

Related: Feeling lucky? Then check our complete list of songs about luck.

All the Stars – Kendrick Lamar

Kendrick Lamar and featured artist SZA sing this duet as lovers finding passion with each other. It’s also about the changes that come with fame and dismissing those who pretend to be friends with you just because of your status. It was the lead single from the album Black Panther: The Album.

This was an ode to David Bowie’s future wife, Angie Barnett. It has been said that he sang it to her over the phone when he proposed marriage. Despite its heartfelt beginnings, it wasn’t one of Bowie’s successful songs. It sold only 800 copies after its original release.

The Manhattans sing of wanting to stay by a significant other’s side until the day they both die. It was the group’s highest-charting hit since 1976, reaching Number Two in New Zealand and Number Five on the US Billboard Hot 100 chart.

Sally Sossa says her love interest is perfect as a star in the night sky in this track. The song, released in 2020 and featuring Lil Durk, has been a viral song on TikTok, where the chorus is used in various video clips made by the social media platform’s creators.