12 Best Songs about Staying Together Through Hard Times 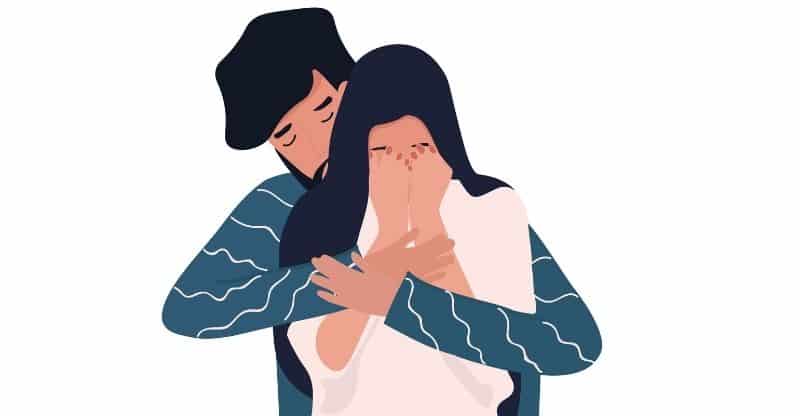 I have some news for you. Life is tough. It doesn’t matter how much money you have, or how good that Netflix series is, you’re going to encounter some rough patches in your relationship. Infidelity is the big one, but there are also health issues, financial struggles, and addictions that can wreak havoc in a relationship.

Sometimes, you’re better off without each other. But often, your best option is to stick it out and work things through. Your relationship will be all the better for it when you get through the other side, too.

So here are some of the best songs about staying together through hard times.

We’ve all heard it, there’s no such thing as a fairytale relationship. We have to work through all of the challenging times, and this Grammy-winner tune explains it best. Legend was inspired by his parents who divorced and got back together 10 years later. The song’s main idea is pretty simple – relationships are difficult, uncertain, and require a lot of compromises, but if they’re with the right person, they’ll always work out in the end.

Nothing better than a song that will make you appreciate all that you have. This love song is all about cherishing the small joys of life before it’s too late. In the song, we’re reminded of the all good things that we often take for granted by a man who lost his wife early in their marriage.

If you’ve been to a few weddings, you’ve probably heard this song at one of them. This popular wedding song, by soul supremo Al Green, is all about celebrating true love. Staying together for the long haul means sticking it out through the good and bad, or as Green sings: “Loving you whether, whether, times are good or bad, happy or sad.“

This Bryan Ferry classic is a plea from the narrator to his wife to stay together. They’ve made their marriage vows (“you know we made a vow to leave one another never”) and their child won’t be happy “without its ma and pa.”

Don’t Give Up – Peter Gabriel and Kate Bush

Partly inspired by a news story Peter Gabriel read about a woman who leapt to her death from an apartment block, and partly inspired by the help he received from his family during a nervous breakdown, it’s a song about finding inner strength and handling failure. Kate Bush joins him with her consoling voice, which catapults it into one of the best duets ever (you might even attempt it at your next karaoke bash).

According to Billboard, this track was one of the songs that defined the 2010s. It certainly helped Sheeran become the superstar we know today.

Inspired by his girlfriend at the time, the British pop star sings about loving his partner against all odds, as he promises his undying love to her. Unfortunately, their relationship didn’t last, but it brought the singer two Grammys. You win some, you lose some.

Looking at the world today with all its injustices, it’s hard to stay optimistic. From time to time, we all need a little reminder that everything will be alright, no matter how dark things get – and this song does a great job at doing so.

It reminds us to stay hopeful and optimistic and to never let a good moment pass us by.

Filled with metaphors and strong promises, ‘Dusk till Dawn’ is the ultimate love song that was made for our playlist. Zayn and Sia sing of a couple that’s doing everything to make their relationship work. The title can be seen as a metaphor for the good and bad things in life. ‘Dusk’ could represent all the hardships they face, while ‘dawn’ stands for new beginnings and hope.

Stay Together For The Kids – Blink-182

Being a married couple going through a painful divorce is hard, but even worse is being a child who has to witness it all. Inspired by his own childhood experience, Tome DeLonge sings about his parents’ divorce from the child’s point of view.

Every kid deserves to grow up in a home built on a happy marriage. Unfortunately, a good marriage is becoming a bit of a rarity.

Having someone by your side who stands by you through thick and thin can is a huge deal – this person can offer you a glimpse of hope when nothing seems to be working out. In this powerful ballad, Avril Lavigne opens up her heart to another person as she promises that they’ll never be alone, no matter what life brings.

If you have a person like that in your life – treasure them.

Both Of Us – B.o.B feat. Taylor Swift

The duo no one expected, yet their collaboration somehow worked out perfectly – Taylor Swift and B.o.B’s unexpected partnership resulted in a great success, with ‘Both of Us’ being certified Platinum in the US and Australia.

The song tells a story of a man who’s working hard to make a living for himself and his future girlfriend. However, in the hook so beautifully sung by Swift, he realizes that he has to find himself before he finds his other half. Pretty deep, eh.

Out next song is a real treat for our country lovers and the hopeless romantics out there. As a traveling musician, Kip Moore knows all too well that its hard to maintain a long term relationship. Music always come first.

He wrote that the song is “how I hope to feel about somebody, and this is the way I like to go through life with somebody.” Yep, I second that.

More songs about sticking together