10 Songs about Strawberries that are Sweet as Anything 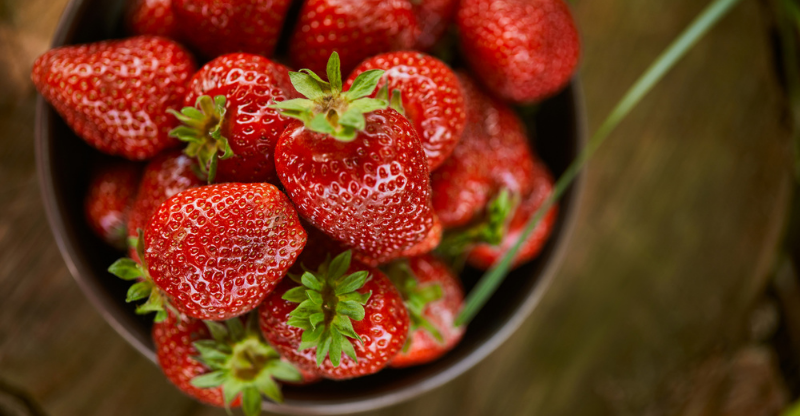 This song was based on a Salvation Army home (an orphanage) that John Lennon would visit as a child and hang out with other fatherless kids ‘getting up to no good’. A memorial to Lennon in Central Park (located across from The Dakota hotel where he was shot) is named Strawberry Fields.

Related: This classic rightly deserves its place on our list of best songs ever recorded. It’s also on our list of classic psychedelic rock songs (worth checking out too).

Here’s a calm, happy song about spending time with someone special. The Afro-pop guitars were inspired by Chris Martin’s mother’s roots in Zimbabwe as well as Martin’s own memories there. This track’s lyrics were used in a picture book with illustrations by Mitch Miller.

Related: Head on over to our playlist of songs with food in the lyrics.

This track is full of innuendos about wild behavior and finds its vocalists bragging about expensive items. Young Thug and Gunna are frequent collaborators on Lil Uzi Vert’s rap tracks.

This is one of several Justin Timberlake songs about a sweet lover who is compared to sugary candy. It’s likely that the song is about Timberlake’s wife Jessica Biel. It was debuted on an episode of Jimmy Fallon in 2013 and released on the album The 20/20 Experience that same year.

Deana Carter sings of a first love through the eyes of a young woman. ‘Strawberry Wine’ refers to a fruity wine called Boone’s Farm Strawberry Hill that is a common first drink that is being compared to first love in this piece. This song hit Number One on the US country chart.

Shuggie Otis wrote this song for his girlfriend when he was only 17 years old. The title refers to the 22 letters the narrator and his love have sent to each other so far, with hopes of a 23rd letter to come. Strawberry refers to the color of the girl’s letters in this case.

Two kids camp out in the backyard and imagine a strawberry avalanche in this tune. It was only released on Owl City’s album Ocean Eyes on the Deluxe Version in 2009. It was written by Adam R. Young, the sole member of the Owl City project.

Luke James seems to refer to the sweet cloud of joy his lover puts him in with this track. It was released on James’ album Whispers In The Dark in 2013, which was a free mixtape.

YUNGBLUD sings of kissing someone to the point that lipstick gets messed up in this track. It was released on 16 July 2020 and was written by YUNGBLUD with Chris Greatti, Josh McClorey, and Zakk Cervini.

Vocalist Alex Kapranos of Franz Ferdinand has said that this track is about searching for meaning and answers. It also appears to be about mortality and how everyone will face the same fate as perishable fruit. It was released with a German B-side whose title translates to ‘Strawberry Mouth.’