19 Best Songs about Summer and Summertime 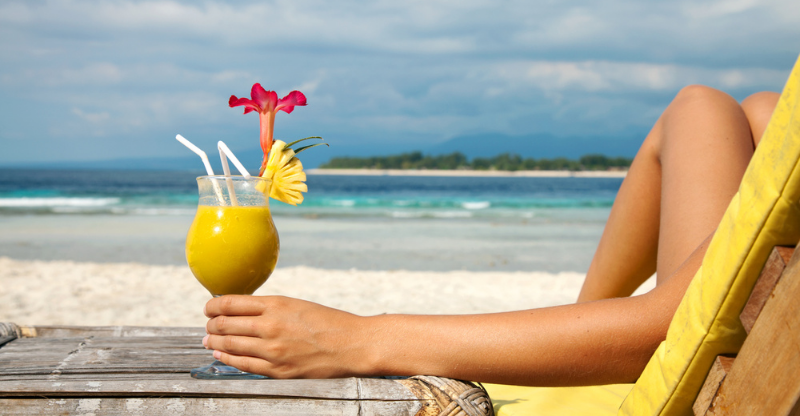 There’s something magical about the warmth, sun, and fun activities that summer brings. With all of the heightened emotions, romantic escapades, and new adventures that the warmest season can bring, it’s no wonder that music artists have turned to the topic again and again to influence their songs. Keep reading to learn about some of the most famous and interesting songs about summer!

This classic staple first appeared in the folk opera Porgy and Bess, with lyrics by DuBose Heyward and music by George and Ira Gershwin. It paints a picture of a summer morning within the opera’s story. Many artists have performed it, including Ella Fitzgerald and Louis Armstrong, with the latter lending distinctive trumpeting to the track.

Hot Fun in the Summertime – Sly & The Family Stone

Sly & The Family Stone talk about the fun and beautiful weather that summer brings in this track. The heatwave song wasn’t released until summer was almost over, but it still hit Number Two by October of 1969.

The Boys of Summer – Don Henley

It can be hard to move on after a breakup; sometimes it’s so hard that you want to go back to the way things were. This song captures that feeling perfectly.

This piece samples ‘Summer Madness’ by Kool & The Gang. It’s an ode to soft, romantic summer music and the summer season in general. It won a Grammy Award after its release.

This song is about a man who meets a mysterious woman and becomes a victim of her theft after wooing her. Nancy Sinatra and Lee Hazlewood brought the song fame with their 1967 version.

Summer in the City – The Lovin’ Spoonful

This song shows how different summer in a big city can be in the day compared to in the nighttime, with the latter being magical and romantic rather than hot and unbearable. The song refers to New York, where The Lovin’ Spoonful was formed.

In The Summertime – Mungo Jerry

This first hit for Mungo Jerry about the fun and easy-going vibes of summer was written for fun, popping into group leader Ray Dorset’s head one day. It was inspired by the American beach movies Dorset watched while growing up, giving it an American feel.

Lana Del Rey is sad because her exciting, “bad boy” lover is leaving her soon in this track. While the original release was popular in Eastern Europe, the later dance remix found more widespread success.

This track evokes the feelings of an exciting summer romance that lifts your spirits. It’s a rare Calvin Harris piece in that it features the Scottish DJ’s own vocals.

Here’s a rousing track about the end of the school year and the beginning of summer. It was inspired by a line in Bowery Boys movies.

It’s a cruel summer for the female protagonist of this song, as her lover has left her alone in a hot city. It’s one of the few summer hits that explores the darker side of the season while still being appealing to the ear.

This Grease track finds the two lead characters singing of their summer romance. Each character provides their respective friends groups with a different version of their experiences with one another on a date.

Related: This 80s classic appears on our mega list of karaoke songs.

Frank Sinatra sings of a summer love that was as fleeting as the season’s winds in this piece. While it’s one of Sinatra’s definitive tracks, he wasn’t the first artist to sing it.

This song is all about having fun and being yourself in the summer. Megan Thee Stallion popularized the phrase “hot girl summer” with this hit.

Cool for the Summer – Demi Lovato

Demi Lovato made her move toward a more adult sound with this track about a passionate summer fling. It was repopularized in 2022 when it became part of a TikTok dance.

(Love is like a) Heat wave – Martha and the Vandellas

The narrator of this track says the temperature rises every time her love interest comes around. It was the first hit for Martha and the Vandellas.

This piece seems to be about a rocky romance. The Winter Version has different lyrics with a similar theme and is considered one of Rolling Stone’s Greatest 500 Songs of All Time.

A man of wealth has had everything but the sunny afternoon taken from him by the tax man in this track. The character is painted as a villain to keep the audience from sympathizing with him.

Related: This sunny classic also features on our playlist ofsongs about weather.

Garth Brooks tells the story of a guy falling for an older woman in this piece, which is likely fictional. However, it was inspired by a relationship Brooks had with an older girl in school.