14 Songs about Sunsets that Will Take Your Breath Away 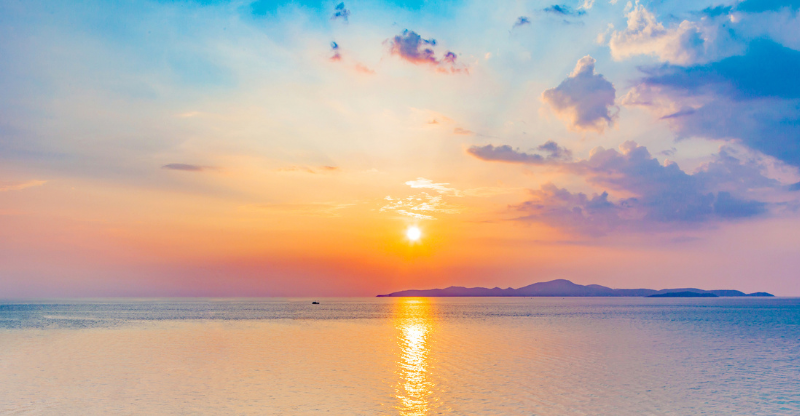 There’s nothing quite so magical as the natural beauty of a sunset. It’s no surprise that music artists of today and yesterday have found inspiration in one of the world’s greatest wonders. Here are some songs about sunsets and facts about each that you may find interesting.

This simple track about the joys of being on the beach was released by French DJ Petit Biscuit on 15 June 2015. It is the lead single from his debut EP, Petit Biscuit. It charted in numerous countries around the world after its release.

This song is one of the most popular songs about sunsets. The song lyrics talk about two lovers meeting at Waterloo Station at sunset. The Kinks’ lead singer Ray Davies crossed the bridge often as a student in art school, inspiring the track’s theme. Davies has said the song is a fantasy about his older sister running off with a new boyfriend.

Pink Floyd sings of a fictional war in England that may end humanity in this piece. It’s meant to encourage listeners to seize the day and live every moment as if it is their last. Raphael Ravenscroft plays the track’s saxophone solo.

Related: Carpe diem with these songs about living life to the fullest.

This is a general reflective piece from Neil Young that demonstrates the magic and promise of a better life that California seems to offer to many. It’s interesting to note that, while Young has lived in California for decades, the Canadian-born musician was not granted citizenship in the US until 22 January 2020.

Related: Check out these songs about California.

Luke Bryan sings as a man tasked with painting a lighthouse and falling in love with the owner’s daughter along the way. It highlights the magic and romance that a summer fling can provide. It also evokes feelings of summertime happiness and the adventure that that warm season can provide.

What Makes the Sunset? – Frank Sinatra

Here’s a classic that questions the mysterious ways nature works, with Frank Sinatra wondering if the love he feels for his special someone is powerful enough to make it all happen. Columbia Records released this as an A-side single in 1945 when it reached Number 13 on the US charts.

This dark, slow song presents a horror story where a husband and wife are on the run from vampires. The wife is bitten and leaves her loving husband with a terrible decision to make as she is on the verge of becoming a vampire herself. The classic horror film Dawn Of The Dead, filmed in Monroeville, Pennsylvania, inspired the song.

Sunsets for Somebody Else – Jack Johnson

Jack Johnson sings of the lost dreams of those who work in advertising or sales with this track. Johnson wrote it while on a surf trip in Micronesia; he has said that being on the water in boats serves as inspiration for his songwriting. ‘Sunsets for Somebody Else’ has received over 50 million streams on Spotify.

Related: Find this song on our playlist of Jack Johnson songs.

This sunset song highlights how fast time flies by and how it shouldn’t be wasted or filled with regretful actions. Deep Purple released it in 1984 on the album Perfect Strangers.

This track about Don Henley’s favorite spot, the Sunset Grill in Los Angeles, California, highlights the best parts of US society. Guitarist and frequent collaborator Danny Kortchmar came up with a tune to match Henley’s lyrics for this piece. Keyboardist Benmont Tench also wrote on the track.

Kylie Minogue sings of letting loose after a hard week by having fun with someone special at sunset. This was meant to be released on an album but became a B-side release to the single ‘Can’t Get You Out of My Head’ instead. Its nu-disco influences give it a unique sound.

Songwriter Jimmy Kennedy was inspired to write this famous piece of music by the red sails of a yacht he saw off the northern coast of Ireland. Many popular artists recorded the track for several years until Nat King Cole revived it in the 1950s, exposing it to a new set of listeners.

Sunsets are used as a metaphor for chasing one’s future in this piece. Kid Ink has said that this track was one of the biggest motivators for his debut EP, Almost Home, released in 2013 in the United States. The EP debuted on the US Billboard 200 at Number 27.

The Chemical Brothers address someone or something foreboding and dark in this piece. The drumline is from ‘Tomorrow Never Knows’ by The Beatles; in fact, the track’s working title was ‘Tomorrow Never Noels.’ This piece was used in the 1997 film The Saint.