20 Songs about Surprises (Welcome or Otherwise) 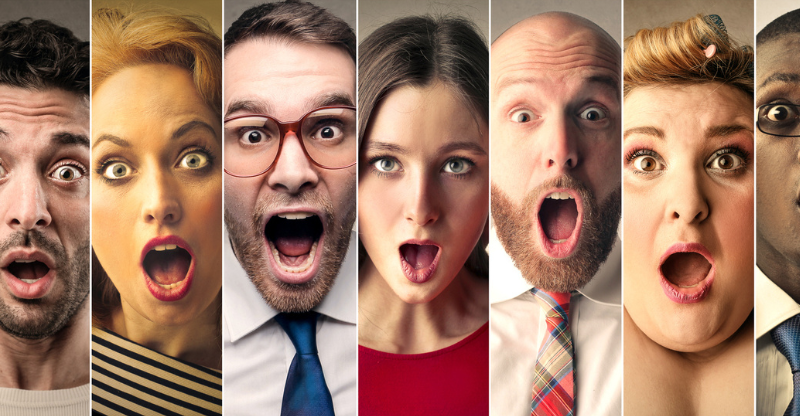 Some people love surprises; others despise them. Whether or not they are planned, surprises are a common part of life. Music can sometimes help us embrace them. Here are a few of the most well-known songs about surprises that tackle the topic well.

This was the final single from Radiohead’s album OK Computer but was the first song the band recorded for the record. The song’s narrator only can see the pain and worthlessness in his life.

Related: This track appears on our list of best fingerpicking songs.

‘No Surprise’ finds Daughtry ending an unhealthy romantic relationship that has worn out its welcome. He makes it clear that he had thought about this decision rather than coming to a rash judgment; he isn’t happy that he has to do this. The song was the first single from the album Leave This Town.

Here, listeners get to see Chlöe’s wilder, fun-loving side, the same as on her previous single releases. The song was picked for release after a livestream poll Chlöe ran; while fans didn’t choose this for the next single, Beyoncé did, which was too hard for Chlöe to ignore.

The narrator here is aware that his love interest has been lying to him. He wants to make it clear to her that this isn’t a surprise to him, as he could always tell she was being less than truthful and kept his feelings at a distance as a result.

It Took Me by Surprise – Maria Mena

Maria Mena sings of an abusive relationship here. Unlike many songs, this track shows the woman as the hurtful partner, where the man is a victim who gives into psychological abuse by acting the way she wants him to, even though it hurts him and stops him from being himself.

This song criticizes the cluelessness and superficiality of hipsters at the time when it was written. It shows them as being reliant on the media and mainstream culture to get through life. The accompanying music video finds the band fighting a pig mayor as the hipsters go on with their lives around them, unaware of what is going on.

Baby, What a Big Surprise – Chicago

This was meant to be written in the vein of Chicago’s previous hit, ‘If You Leave Me Now.’ It was almost as successful on the US Billboard Hot 100 Chart.

The female protagonist of this song has a strong connection to her lover. Unlike many people, they don’t have to be dishonest or fake with one another to get along, as they are so similar that they understand each other without trying to: “No lies, just eyes for you.”

Tamia says that she might be feeling surprised and head-over-heels in love for the first time in this piece. She doesn’t usually give in to romantic feelings, nor does she get surprised easily, but now she is. She also seems to be about as happy as she has ever been.

It has been suggested that John Lennon wrote this song for May Pang, who he sings of as a surprising love. Yoko Ono actually tried to set up the music executive with her husband when their marriage wasn’t going well. Part of the song uses a rhythm from The Beatles song ‘Drive My Car.’

This track seems to talk about nature in a valley. The song demonstrates the power of the natural world and the changes that occur within it, all in seemingly peaceful ways.

Billy Joel wrote this song after being injured in a motorcycle accident. The song finds Joel evaluating his own tendency to think bad things couldn’t happen to him: “You were so young and naive/I know it’s hard to believe.” Joel also reevaluates his life on the track.

A Wonderful Surprise – The Downtown Fiction

Here we have an ode to someone the narrator seemingly hasn’t met, possibly a love interest. This person appears before him due to his imagination and is a pleasant surprise every time. It is hard to tell for sure if he is talking about a real-life love as well as an imaginary one, or just the unrequited one.

No Surprize’ tells the story of how Aerosmith found their big break working in New York City. Steven Tyler wrote the song during a two-month dry spell and considers it his favorite song from the band. The song makes many real-life references to the group’s career and the music industry.

It looks like Celine Dion has been untruthful with a lover in this song. Now that he has learned the truth, she regrets her behavior and wishes that she had been honest from the start. She also makes it clear that she sees herself as unpredictable and that he should get used to her changes.

Sometimes, the love that we can’t see coming is the best kind. India.Arie finds that kind of love in this track. Someone she recently didn’t know now means the world to her and was the best kind of surprise you can find.

John Martyn makes it clear to a romantic partner that he is open, honest, and proud about his love here. It seems that his boastings about the one he loves are supposed to be both alarming and commonplace for this other person, which is why his behavior is a ‘Certain Surprise.’

The Surprise Knock – The New Pornographers

This song was designed to be in the band’s older 2005 style. The lyrics are a bit cryptic, but they point to the narrator being excited about a promising new beginning that has appeared and wants the enthusiasm to be shared: “So smile big until it’s thrown us clear/We might be on, be on to something here.”

The protagonist here is ready to celebrate someone’s birthday. He loves this person and wants the celebration to demonstrate how much he cares and highlight how they’ve made it through life’s ups and downs together. This alternate version of the traditional ‘Happy Birthday’ song came to Bruce Springsteen in a dream.

George Harrison wrote this song for the 1986 film that has the same name; it ties into the film. The movie was produced by Harrison’s HandMade FIlms and was a flop by all measures. Harrison appears as a nightclub singer in the film and wrote several other tracks for it.