17 Best Songs about Surviving to Spur You On 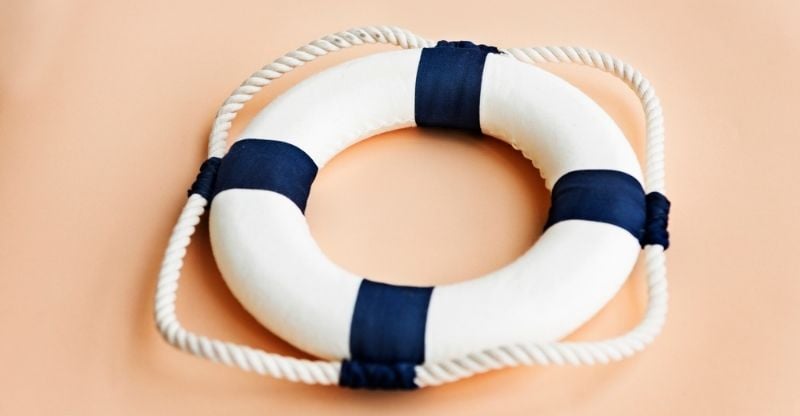 “My mission in life is not merely to survive, but to thrive; and to do so with some passion, some compassion, some humor, and some style”, the distinguished American poet, memoirist, and civil rights activist Maya Angelou once said.

She has a point. Life should be more than mere surviving. But the thing is, sometimes you’re dealt a bad hand. You have to just accept life is tough – for the moment, at least – and get on with it.

So here are some of the best songs about surviving. These inspirational songs will hopefully give you courage during the dark days and hope that brighter days are just around the corner.

Many people resonated with this song since it hit number one in both the UK and US! It’s an upbeat song about struggling to get through the day. It’s not really a song about rain – the rain is symbolic of both tears and alcohol. “I’d rather be dry, but at least I’m alive” is saying it’d be better not to cry and drink because of your problems, but at least you’re here!

Breaking up with someone can feel like the end of the world. Destiny’s Child sings from the perspective of someone who had a breakup and thought they’d never get over it, but they eventually did. This song’s a lot of fun because of the opposites like helpless and smarter, stressed and chillin’, and can’t breathe and inhalin’. She became everything her ex thought she couldn’t be. That’s not surviving – that’s thriving! This track also appears on our playlist of songs about not giving up.

How would you respond if someone tried to burn down your house while you and your family were at home? Tom Petty came up with this song in the months following the tragedy as he temporarily lived in hotels and rented a house. Instead of letting the situation control him, he said, “I’ll keep this world from draggin’ me down.” The song charted high in the US and UK, showing people related to this song when dealing with tough times.

This disco classic is typically understood to be a female empowerment song that celebrates breaking up with someone who took you for granted and moving on to have self-love and self-respect. It can certainly mean that, but it’s interesting to know that Dino Fekaris wrote the song after being fired by Motown Records and didn’t know what he would do as an unemployed lyricist. Because of the theme of the song, it’s naturally one of the best female karaoke songs.

‘Eye of the Tiger’ was written for Rocky III. Survivor had a challenge ahead of them since the demo of the film they were shown used Queen’s ‘Another One Bites The Dust.’ But, they understood the assignment and came up with a hit that fit the movie well and topped the charts at number 1 when the single was released. To this day, people turn to this song when they need a boost, especially if they’re working out. It also makes an appearance on our list of songs about animals.

This song is about a couple living in Berlin who would meet each other by the Berlin wall under a turret. He was inspired by the affair his producer (Brian Eno) was having with a German woman, although this piece of information was kept secret for nearly 30 years! Even though this song is about a couple of lovers, it’s still an inspirational song about doing things that require some bravery. Naturally, we include this song on our heroes playlist.

‘When You Believe’ was written for The Prince of Egypt. The song is about how miracles can happen when you believe in God, but the lyrics are vague enough that you may not get a religious vibe from it. It stands on its own as a hopeful song about staying positive while overcoming adversity, and you’re bound to see results eventually. The song says that miracles “don’t always happen when you ask,” but that’s why you need to stay hopeful.

Titanium is resistant to corrosion and is used for rocket ships, airplanes, and missiles. “I won’t fall, I am titanium” is a confident statement to say that will surely help you find the strength to get you through the hard times. Sia sings that criticism can’t hurt her because she’s too strong to let it.

This song was Elton John’s first music video to air on MTV in 1983 (MTV debuted just two years earlier). The colorful video helped make the song popular when it came out. It’s a peppy song about surviving after a breakup, but you can easily apply “I’m still standing after all this time” to just about any problem you have to face in life, making it a classic that anyone can relate to. Taron Egerton does a decent version of this (which you can hear on our songs from the movie sing playlist).

Sometimes it takes a bad relationship to learn to put yourself first, which Kelly Clarkson sings about in this song. The problems she had with her ex made her a stronger person in the end, and she can say, “I’m finally thinking about me” because of this destructive relationship. Perhaps the strongest lyric is, “doesn’t mean I’m over ’cause you’re gone,” which is saying that there’s a life after an ex because they’re not your whole world. It’s really a song about believing in yourself.

“I am unwritten, can’t read my mind, I’m undefined.” In a world that tries to get you to follow the rules, the opening of this song is powerful! Everyone makes mistakes and needs a fresh start, and nobody wants to be confined to living a predetermined path. This song encourages everyone to live their life according to how they see fit even when it gets tough.

Katy Perry sings of how she went along with everything because it was easy rather than standing up for herself and causing a scene when necessary. But now, she can call herself a champion because she overcame those obstacles and can stay true to herself. This was the first song she released after she got divorced, and it speaks volumes to the progress she went through while dealing with a divorce. This track appears on our fighting songs playlist.

This song is about a young man who can’t wait to get out of the town he grew up in. He’s a free spirit who’s ‘Born to Run’ but wants his lover, Wendy, to come with him. He promises Wendy that someday they’ll settle down somewhere together, but he needs to be out on the road living life to its full potential while he’s young. This song can be an inspiration to cooped up young people to chase their dreams, and features on our list of songs about running away.

You could say Katy Perry woke her audience up with this song since it made it to the top 10 in both the US and the UK! It’s an uplifting song about finding yourself and your purpose after going through some problems. “I’m wide awake” and “falling from cloud nine” suggests that she didn’t quite realize she wasn’t at her full potential until she’d gone through problems.

It takes a lot of guts to thank someone who turned your life upside down, but Christina Aguilera is a ‘Fighter’ who did just that. She says that this person who backstabbed her sold her out because of greed. As horrible as it was to go through, it showed her what she could handle and made her stronger than she was before.

This was an incredibly tough and personal song for Demi Lovato to write as it deals with the trauma she experienced when she was a teenager. Fortunately, she was able to overcome it enough to write a song about it to “get this off my chest and let it go” so she could have a fresh start and let it stop weighing her down.

‘Black Muddy River’ uses a lot of interesting visuals of nature in the song, most of it referring to the end of time. These visuals, such as “hot sun chills me to the bone,” aren’t so much about an apocalyptic future but are more of a metaphor for difficult situations. The song says that even when it seems like the world is crumbling, you have to stay strong. Sometimes you might be alone, but you still need to make it to tomorrow.