13 Songs about Swimming That Are Sure to Make a Splash 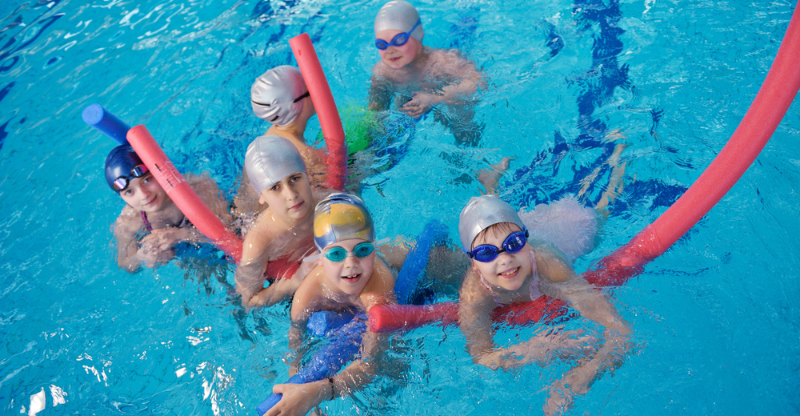 How are your swimming skills? Whether you’re skilled or get by with a doggy paddle, swimming can be therapeutic and rejuvenating.

Water and waves can also act as metaphors for life’s changing stages and hardships along the way. Artists from Bjork and R.E.M. to Merle Haggard and Peter Gabriel have all written eclectic tunes featuring water themes.

Dive into our wide-ranging list featuring the best songs about swimming that are literal and metaphorical.

After his successful single ‘Dead Skunk’ in 1973, Loudon Wainwright’s record label was ready for another light-hearted tune with an animal theme. Instead, he gave them ‘The Swimming Song,’ a reflective single about the love of being in the water. Many fans have even gone on to say the song could be about more serious matters like death and addiction.

Though R.E.M. generally writes music before lyrics during their creative sessions, ‘Nightswimming’ is one of their tunes featuring lyrics written before any instrumentation was added. The song was written before the band was even formed when they were still just teenage friends. It’s about summers in Athens, Georiga when they would all go skinny dipping at a neighbor’s property, which was probably “night swimming” at a pool party!

Related: Find this song on our list of the best piano songs.

“You’ll never grow tired of this wonder you’re under.” Celebrating warm summers spent slashing around in a local watering hole, Breathe Owl Breathe’s ‘Swimming’ seems like another simple, summery song. But towards the end, the lyrics take on a deeper meaning, hinting at the importance of feeling weightless in a world that is often heavy.

Related: Swim along to our summertime songs playlist.

“I dug my blues down in the river. But the old Kern River is dry.” Country icon Merle Haggard kept writing and recording music until he died, even though he battled pneumonia towards the end. His tune ‘Kern River’ was one of the last ones he wrote, and it features his son Ben Haggard on the recording playing guitar. The song is about him leaving Bakersfield when he was younger. Ultimately, the lyrics reference his final days with him “leaving town forever.”

Jump in the Pool – Friendly Fires

“Fear is falling away.” Featured as a single on their debut album, Friendly Fire’s ‘Jump In The Pool’ is a metaphor for new beginnings in life. The song’s message centers around taking the plunge in life and going after what you want, no matter how scary it may seem. Some fans use this song as a metaphor for love, with two lovers afraid of making it official and contemplating if they should “jump in.”

Related: Here are the best songs about a new beginning.

Producer T-Minus provides a moving “soundscape” for Kendrick Lamar’s ‘Swimming Pools (Drank).’ The song tackles heavy issues that Lamar has dealt with in his life. His honest, raw lyrics center around his battle with quitting the party life for good despite the temptations that come with that lifestyle being around him constantly.

The opening song on Emmy the Great’s album Second Love, ‘Swimming Pool’ acted as a catalyst for her new sound. She wrote the song by email as she traveled around the U.S., seeking inspiration as she learned how to harness technology’s latest in the recording industry and make it all her own. The single features wavy, dreamlike instrumentation and lyrics that feel like people are conversing with each other.

Water often pairs well with feelings of confusion and reflection. Foals frontman Yannis Philippakis chose swimming to go along with lyrics adapted from several late-night journal entries, which is often how he writes. After completing the lyrics, he took them to the band and continued the songwriting process by jamming for several hours until they finished the structure and instrumentation.

Re-released as a single after first appearing on an early EP, Frank Ocean’s ‘Swim Good’ finds him on his way to a funeral in his Lincoln Town Car. The punchy lyrics find him wishing he was at the ocean taking a swim in the water. Instead, he’s in a black suit heading to a graveyard. The power of the story is made clear towards the end when the listener finds out Ocean has actually been making his way to his own funeral all along.

Related: Paddle over to the best ocean songs.

“I’d have to cross eight borders and three seas. But that might show you what you mean to me.” Lyrics heavy with symbolism and metaphors give Frank Turner’s ‘Front Crawl’ multiple meanings. Some listeners feel it’s a love song about someone confessing their love to another and being willing to swim oceans just to be with them. Others feel Turner’s song deals with the hardships that come along with leading a life society doesn’t approve of or understand.

Related: Listen to our songs about the sea playlist.

Rock band Eels tackles the ruthless ways people deal with each other in ‘Swimming Lesson.’ Taking on a nihilistic approach, the song weaves together how trying to swim in the water is similar to trying to make your way in the world. Referencing slipping “under their wake,” the lyrics focus on learning to cope with life by oneself while treading water.

During the summer months of 1990, songwriter Bjork set out on a journey throughout her home country of Iceland to explore all of the churches that are famous over there. Viking history of the territory reveals they made a deal with Christians that they’d convert to the religion on paper if they could secretly remain pagan. This gave way to ornate churches that popped up everywhere. Bjork goes into this rich history in ‘The Anchor Song.’

“The sun is burning. I am yearning. For the water flow.” This eclectic, open-ended tune finds songwriter Peter Gabriel singing about going swimming on a hot summer day. He references “following his wishes” and “letting off steam” as he swims in lakes, rivers, pools, and the sea. The song appears on his 1983 Plays Live album.