17 Best Songs about Teenagers and Adolescence 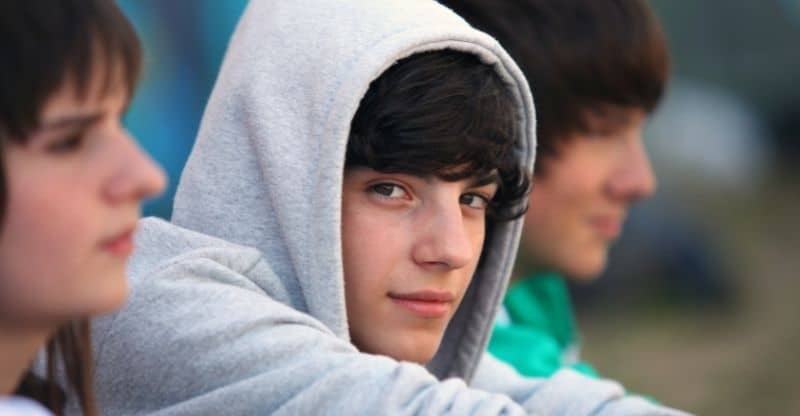 Ah yes, the glamorized years of being a teenager, romanticized in pop culture, but not that easy to deal with in real-life. The period of emotional rollercoasters, drama, and both mental and physical changes – but so, so much fun, too.

All of this can be easier with music that hits just the spot, and luckily for us, musicians all over the world were highly influenced by their younger years, and we’ve got plenty of songs about teenagers to share with you.

Your teenage years are filled with memorable moments that you’ll talk about for the rest of your life. One such moment inspired the 2011 chart-topper, ‘We Are Young,’ after our singer’s “worst drinking night of all time.” The song perfectly captures the carefreeness and liveliness of youth, and it proved to be a breakthrough for indie-pop as a mainstream genre. Even a decade later, the song is still a major hit and a tune we all gladly come back to.

If you were a teenager in the 2000s, there’s a high chance you went through your ’emo phase.’ If that’s the case, we’re pretty sure our next song was on your playlist – and rightfully so. In ‘Teenagers,’ the singer goes back to his adolescence as he reminds us of the prejudices adults have against teens. Ironically, the song was inspired by Gerard being scared on a subway because there were too many teenagers. It’s easy to become what you once hated…

A revolutionary record that still impacts music lovers today, ‘Smells Like Teen Spirit’ ignited the grunge craze and set the tone for what this genre of rock music would become. But the track was, in fact, based on a misunderstanding. Yep. Kurt Cobain’s girlfriend at the time wore Teen Spirit deodorant, so his friend wrote ‘Kurt smells like Teen Spirit’ on his hotel room wall. Unaware of the brand, Cobain wrote his biggest hit and changed the rock music scene forever.

Adolescence is the period when many young people are exposed to vices such as drug and alcohol abuse. Unfortunately, staying away from these isn’t always easy, especially at the period when you’re so easily influenced. In ‘Songs for Teenagers,’ the band shows us just how easy it is to be pulled into such a lifestyle.

A song that’s bursting with youthful energy, coming from a band whose environment was nothing of the sort – but it was their breakthrough hit that got them to the worldwide audiences. The Undertones brought punk rock to their hometown of Londonderry, and their biggest hit became a staple of every punk mixtape. ‘Teenage Kicks’ is definitely a must-have on every teenager’s playlist.

A Teenager In Love – Dion and The Belmonts

Many of us remember our teenage years as the period of life when we first experienced love and heartbreak. As a teen idol of the ’50s, Dion wrote a perfect song for his mostly teenage audience, and it quickly became their biggest hit to date. ‘A Teenager in Love’ remains a classic, as teens worldwide can relate to this doo-wop hit even 60 years later. Teenage love really is timeless…

No matter how much you try, it’s almost impossible to find yourself falling in love as hard as you did for the first time. That amazing feeling is what inspired one of Katy Perry’s biggest hits, as she tried to capture that thrilling feeling of first love. The whole vibe of her smashing ‘Teenage Dream’ album was silly, simple, and radiant, giving off careless and youthful energy – and this song is no different.

Related: see our list of songs about falling in love.

According to the band, The Chainsmokers love writing songs about small moments that often lead to big things. In ‘Young,’ they show us how these specific points led to the end of a teenage relationship. Of course, the naivety and immaturity of teenage years often play a significant role in making bad decisions, but the song teaches us that we shouldn’t be hard on ourselves. After all, it’s these bad decisions that often create moments that last forever.

David Bowie’s influence on pop culture was immense, and calling him the ’70s icon is no exaggeration. ‘Teenage Wildlife’ can be seen as a subtle attack targeted at the new wave of British synth-pop followers of that time called New Romantics. Although Bowie was a huge inspiration for most of the acts and followers of this subgenre, he wasn’t really impressed by that kind of teenage revolution.

Yes, being a teenager is not easy, but there’s one thing that’s even harder: being a parent to one. In ‘Invisible,’ Mike Shinoda writes about the fear most parents share, and that is telling their kids something they don’t want to hear. Sometimes, the simplest suggestion can turn into a full-blown argument, even when it’s given with good intentions. Being a parent is no easy task…

Being reckless and not caring much about the things you have or don’t have is what makes teenage relationships so unique. In ‘Young, Dumb and Broke,’ Khalid tries to convince a girl he likes that love is all they need to be happy. This upbeat and carefree song is bursting with positivity, and it makes you want to drive around with your friends screaming it at the top of your lungs, not caring much about anything but that moment in time.

One thing is for sure – teenage life is turbulent, filled with ups and downs, and all of that while our bodies and minds are going through their biggest changes. With social media, fast fashion, and growing stereotypes, being an adolescent nowadays is even harder than it was years ago. In the song, Tate sings about the pressures of society teenagers experience today. “We all wanna be like the rest, can’t describe just how, but we’re all a beautiful mess,” she sings.

Having good friends, or at least one, can make the teenage years a lot more bearable. Taylor Swift recognizes the importance of having her best friend by her side, as she sings about everything they went through together. Although Swift sings about heartbreak, it’s not exactly the one she experienced, yet seeing her friend getting her heart broken hurt her just the same.

Related: see our playlist of songs about friendship.

One of the biggest mistakes most of us made when we were young is wishing we were adults. In this song, Thomas Rhett sings of always wanting to be a few years older. Now that he’s 25, he wants his childhood days back again, and to feel the carelessness and freedom of being 16 again. If some of you out there are waiting for your teenage years to pass – don’t wish away your years, but try to cherish everything that life brings. You won’t be a young man for very long.

Living your teenage years during the 2000s means you were most definitely screaming this song in your poster-covered room. It was TOTALLY relatable.’ Teenage Dirtbag’ is Wheatus’ most well-known song, and it was an instant hit, topping the charts all over the world. It seems like its lyrics about unrequited high school romance were relatable to many teens back then, and we doubt it’s any different today.

There’s something so exciting about liking someone a bit older than you, especially when you’re young. This bouncy track by our favorite Australian pop band captures the troubles of dating someone who’s older. 5SOS sings about the frustrations of wishing you were an adult while being just a young punk, and it seems like they were having a lot of fun doing so.

Being an adult and dating someone who’s younger seems a lot of fun. Their youthful and cheerful energy can make you feel young, too, but is that all it takes for a successful relationship? In ‘Hey Nineteen,’ the singer shows us the challenges couples with age differences face. Yes, dating a girl in her late teens is fun, but can someone that different from you really be the one?

Related: see our list of songs about being 19 years old.