13 Wild Songs about the Jungle 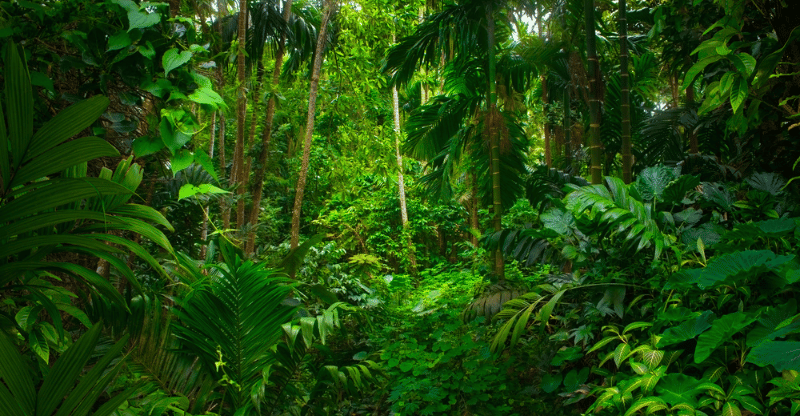 The jungle can be an exciting or scary place, depending on how you look at it. One thing’s for sure: songs featuring jungle themes have been among the most popular – examples such as Jungle Boogie come to mind.

What are some of the best songs about the jungle for your playlist? Keep reading to find out!

This song is really just about dancing to a “Jungle boogie.” It’s a 1970s classic with a disco sound that is typical of the time. The “whoa” sound at the end of the track was designed to resemble Tarzan’s yell in the 1932 film Tarzan the Ape Man. This helps the song end with the jungle theme it presents throughout.

The male narrator of this song finds himself in an absurd situation where jungle animals are dancing to a jungle drum’s beat. The lyrics play on words with rhymes and other surprises. At least three artists covered the track after the original Hank Mizell release in 1958, including Shakin’ Stevens.

Bob Marley wrote this piece after leaving Jamaica and moving to the United States to be with his mother. The song finds Marley feeling out of place in the city and hoping for another place that is a better fit for him. The lyrics demonstrate how discouraging city life can be for some individuals, especially those who might have been born in a more natural and sunny place.

This track’s jungle is a wild place that can harm those that visit it. It is possible that an encounter with a homeless man inspired the song and some of its lyrics. Regardless of its origins, the track has become a staple at Guns N’ Roses concerts and at sporting events.

Here we have the final track on the album Born to Run, which runs for an astounding 10 minutes. The lyrics explore the beauty of what we can’t see as well as the adolescent restlessness that comes when young people want to find greater meaning and adventure. This song was the longest one to record on the album.

Stranded In The Jungle – The Cadets

The narrator here gets stranded in the jungle after an airplane crashes there. He is frantic to get back to his lover in the United States and tries desperately to get a message to her. It seems that someone is already trying to get his love to stray from him as he tries to get back home against all odds.

While many listeners interpreted this piece to be an anti-war song, it was really written about the fascination with guns that was growing in the United States at the time it was written. While Dan Fogerty of Creedence Clearwater Revival was a hunter when he wrote the song, he wanted listeners to understand that worshipping guns and having too many could both be dangerous.

Bungle in the Jungle – Jethro Tull

This was one of the only songs that Jethro Tull released that charted in the United States; it was also the band’s most-played track in the US. The song criticizes our “dog eat dog” society as well as authority figures who allow and encourage us all to fight one another: “Yes, the King on His sunset lies waiting for dawn/To light up His Jungle as play is resumed.”

An interracial couple are wild for one another’s love in this piece. They demonstrate how irrational and emotional we can feel when we are experiencing an exciting romance. The title refers to interracial attraction between white and Black people; the song was also written for Spike Lee’s film of the same name.

The protagonist of this piece can’t forget a love interest who doesn’t share his romantic feelings; she doesn’t even remember him while he can’t get her out of his mind. This track was one of the half of Steve Miller Band songs that Steve Miller did not write himself; bassist Lonnie Turner and slide guitarist Greg Douglass created the piece.

This piece has a narrator who obviously fought with his family and got kicked out of the house. He realizes this is a good thing, as he is too wild to be tamed, even by loved ones. He also warns others about his dangerous ways and wild demeanor, including the mother of his love interest and the police.

Ruff in the Jungle Bizness – The Prodigy

Ruff in the Jungle Bizness’ seems to mainly focus on being in the jungle with its repetitive lyrics. The protagonist also tells someone to feel the vibe of the rough jungle. Produced by Liam Howlett, this track by The Prodigy is the 11th track on the album Experience, which was released in 1992.

Here, a main character enjoys the natural if sometimes harsh qualities of the jungle. He doesn’t want anyone to disturb nature as it exists there, but is worried because the jungle is changing at rapid paces. He doesn’t even care if he can see the jungle as long as he knows it is thriving.