12 Songs about Thunder and Thunderstorms (or that Mention Thunder) 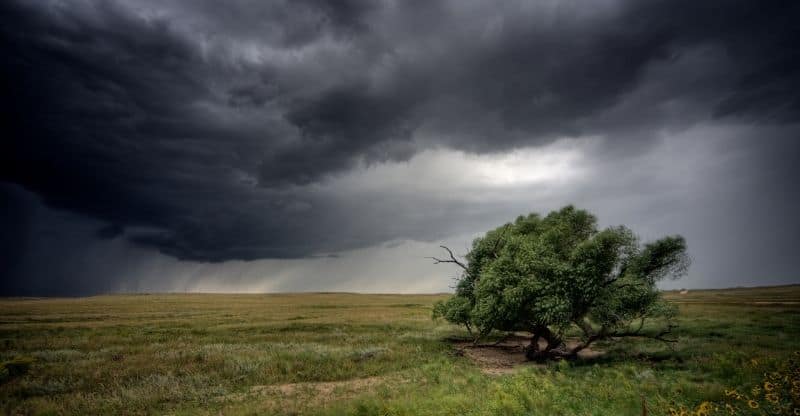 Thunder is the sound caused by lightning in a storm, hence why it’s usually called ‘thunder and lightning’ (by the way, we have an entire article of songs about lightning).

It sounds pretty scary to be honest, especially to young kids.

Of course, it wasn’t too long ago in human history that we thought thunder was the sound of the gods angry with us. Oh, how we’ve moved on (or not, if you read the newspapers).

In songwriting, thunder is often used to represent power, energy, and divinity. So here are our top picks of the best songs about thunder. Enjoy.

Children have big dreams, but not a lot of them achieve them. What does it take to become the person your younger self dreamed of?

‘Thunder’ is all about bad circumstances that lead to some amazing things in life. Reynolds remembers his time in school as being laughed at and mocked for his big dreams.

Now, he’s grateful for all the bad that happened because it made him who he is now – a famous star singing from the stage to the people who made fun of him.

Being separated from your loved ones is never easy. Nothing can come between the two people who love each other, and Elton John wants his girl to remember that he loves her no matter the distance between them (he remembers “rolling like thunder under the covers”).

Bad moments don’t last forever, and sometimes all you need to do is keep believing and wait for them to pass. In this song, the narrator reminds his lover that things will get better and that he loves them no matter what.

There’s always something special and romantic about moving away and starting your life anew somewhere else. It’s not an easy thing to do, so what does it take for someone to make that big decision?

A little bit of adventure is all it takes to spark up your life. The song encourages you to be brave enough to take chances, make a change in your life, and live it to the fullest.

We assume this was one of the first songs that came up to your mind when you first read the title, which comes as no surprise considering the famous intro of the song.

This timeless rock tune with one of the most iconic riffs was inspired by Angus Young’s flight where the airplane was struck by lightning. The word ‘thunder’ is repeated throughout the song, mimicking the real one we hear in nature.

Many remember Prince for his flamboyant persona, but not a lot of people know about his spiritual side. In ‘Thunder’, he explores spirituality and holiness, while still keeping his signature funk.

In the song, Prince compares his spiritual awakening to being struck by lightning, using ‘thunder’ as an allusion to God itself. The song is filled with holy allusions connected to the bible. He hopes God will forgive him for the unholy tones in his previous album and lead him back into His kingdom.

The sound of thunder is powerful and it often reminds people of some kind of a sign from divine. ‘The Wheel’ goes back to the beginnings of humanity and it’s a metaphor for life and the world itself.

This song is open for many interpretations, but the wheel can be seen as a representation of a circle of life. The thunder, on the other hand, can be connected to the voice of God. Definitely a song that will get you thinking.

Many artists connect thunder to something divine or godly. This song, for which the singer found inspiration in her own religious beliefs, is no different.

In one of her interviews, Jessie J admitted that she prayed a lot while working on her first LP. That was the main inspiration to this song, in which she used thunder as a dedication to God. She shows the importance of believing and using your beliefs in your everyday life.

Thunder on the Mountain – Bob Dylan

Being famous brings a lot of challenges, especially in the 21st century. In this 2006 tune, Bob Dylan explored his relationship with the press and how it affects him.

Right from the beginning of the song the singer starts mocking the press, even though the fuss they make amounts to nothing but a ‘thunder on the mountain’. They’ll wait until you’re at the peak of your career and then do everything to destroy it – but that never seemed to affect Dylan.

Georgie Fame – Somebody Stole My Thunder

We’ve all heard of the expression ‘to steal one’s thunder’. Those who’ve been in this kind of situation know best how annoying and frustrating it can be. Georgie Fame hated it so much he wrote a song about it.

When someone’s getting the recognition you deserve, it’s normal to feel annoyed and pissed off. This song describes the rage such a situation causes, and it seems like our singer is set on revenge.

Being around the person you love makes you feel energized and alive. In this song, Lana Del Rey compares how her boyfriend makes her feel to the power of thunder and lightning.

Throughout the song, the singer finds different ways to describe her partner’s energy and personality. She compares him to all kinds of powerful stuff, but she’s still aware of his red flags. Lana doesn’t want Mr. Perfect, however, so she chooses to ignore them all.

Every town has that one person no one wants to mess with. Such is Johnny Thunder, the character described in this song of the same name.

Thunder is described as a rebellious biker who can’t be approached by anyone in the town, while sweet Helena still blesses him. If you think you’ve heard this name somewhere – you’re not wrong. The Who’s Pete Townshend found inspiration in the song title and decided to take it as his stage name.

The ominous sound of thunder rumbling in the background is often used as a foreshadowing that something bad is about to happen. Such is the case with this song, where it’s used to build tension.

The song creates a vivid picture in our minds – 3AM, there’s a storm approaching, a wife is waiting for her husband hoping he’s not with another woman. Unfortunately, once he arrives, reality hits her like thunder – she can smell another women’s perfume on his clothes. Ouch.