21 Songs about Time Running Out That Will Make You Think 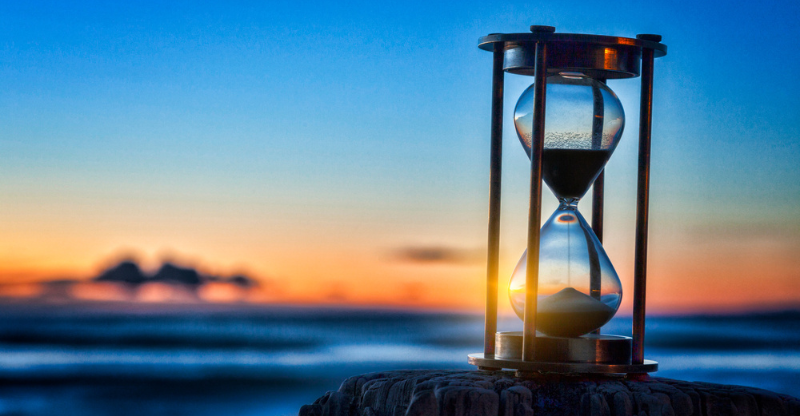 It never seems like we have enough time. Sometimes, there are some situations in life where it just so happens that time is actually running out!

What can we do in these situations?

One idea is to look to artists who have sung about the topic for inspiration. Here are some of the best songs about time running out.

If you needed a song that reminded you of the fragility of our existence, it has to be this classic from Pink Floyd’s landmark album, Dark Side of the Moon. Roger Waters conceptualized this song at age 28 when he realized that he was now in the thick of life rather than preparing for it. The lyrics explore mortality and how time zooms by without our realizing it, and the clocks at the beginning of the track emphasize its time theme.

Related: Check out these songs about enjoying life.

Paul Simon wrote this song using seasons as metaphors for the changes and passages of life. The protagonist seems to regret wasting time waiting his whole life for the perfect person or situation, as he is now running out of time to live that dream anyway.

Related: Cozy up with the best songs about snow.

Out of Time – Rolling Stones

Mick Jagger lets a love interest know she is “out of time” when she tries to win him back in this Rolling Stones track. He snubs her because she has hurt him, so he can be the powerful one in the situation. This was a common theme for the Stones’ songs at the time, and there are plenty of early Beatles songs in the same vein too (the track ‘Run for Your Life’ springs to mind).

Time is Running Out – Muse

While it is obvious that this song is about running out of time, who or what is running out of time isn’t clear. It could be about a romance where one partner feels addicted, the passage of time in general, or a nuclear disaster—the latter appears to be the subject of the song’s music video. A brief “tick-tock” sound at the beginning of the track highlights the time theme.

A lovely song from Petty’s Highway Companion album, this Byrds-esque offering reminds us to get a move on. “Time is catching up with you,” he sings.

Running Out of Time – Status Quo

Status Quo clarifies in the lyrics that this song is about running out of time to save the world from destruction. The listener is one of the parties who must fix things: “So it’s down to you for the planet to survive.”

Related: Be careful! Here are some songs with danger in the title.

What You Waiting For? – Gwen Stefani

This song talks about Gwen Stefani’s worries about becoming a solo artist after being a singer in a band. She explores sexism in the music industry and the ageism that women face in the media and society. She feels that time may be running out for her due to these factors.

Related: Head over to our list of popular songs about equality.

This track shows listeners that waiting for a relationship to improve usually doesn’t work. Instead, it might be better not to waste limited time on a partnership that makes you unhappy. This song features a saxophone solo, which is no surprise since they were popular on pop tracks in 1982, making this piece instantly recognizable as being from that era.

Related: Time is ticking! Listen to the best clock songs.

Running Out of Time – Poets of the Fall

The protagonist here seems to have trouble accepting that a relationship is over. It is obvious to both parties that they have run their course, yet the narrator still has a hard time letting go and wonders why the breakup is so painful. The lyrics are a bit unclear at times, though, so some listeners may come up with a different interpretation.

Here, Eagle-Eye Cherry explores the fleeting romance of meeting up at night, the value of relationships, and the passage of time in life. The narrator accepts that he has to leave his lover tomorrow but wants to enjoy one more night together and cherish the moments they have left together.

Related: Here are the best songs about one night stands.

Time’s Running Out on Me – Third Day

The narrator here is nervous about how much time has already passed in life. He still has things he wants to do and ways to prove himself to others, but he seems to be running out of time to do any of them.

This piece finds a narrator stumbling out homeless into the late night or early morning after a bar closes. He talks about life’s struggles and ways to stop worrying about them. The song shows how people struggle with life’s challenges but also looks at all this pain with a somewhat detached view that sees it as a part of life.

Related: Listen to these songs about losing money.

Luke Bryan reminds listeners to slow down and enjoy the present moment in this piece. He kept his sons in mind while writing the track with Luke Laird and Rodney Clawson. He realized how fast kids grew up at the time it was written, and the song reflects his thoughts.

Related: Head over to our list of the best coming of age songs.

Several notable artists have covered this Willie Nelson track, including Glen Campbell. Nelson talks about a past love in the lyrics, reflecting on how much time has passed since they were together. He also makes a somewhat sarcastic mention of how she made the same sweet promises to him that she is making to her new love.

Running Out of Time – Amos Lee

This song takes a lighthearted look at the dark concept of mortality. Amos Lee reminds listeners to appreciate their time on Earth, as it will surely be limited since we all eventually die. Lee also vows to be better than he has been while he still has time.

Ariana Grande admits she cheated on her love in this track. She asks him to be with her one last time before they split. The song took on a new meaning after the attack at Grande’s concert, which ended the lives of 22 attendees; it was the last song she sang before the attack and became a memorial to those who lost their lives.

Dylan Schneider takes a unique approach to turning 18 in this track. He wishes he could stay 17 a little longer and keep enjoying teenage life and high school. He has the wisdom to realize that he and his friends will eventually wish they had relished their youth rather than wish it away.

Related: Celebrate your young days with the best songs about being a teenager.

Many songs about time reflect on the past, but this sad song is a bit different. It’s written from the point of view of a mother who gives birth to a baby and is told she has five minutes to talk to the child before she herself dies from complications. She then tells the child about the world’s injustices but encourages the baby to create something better.

Related: You’re destined to hear the best songs about signs.

While this song is about leaving a bar at closing time on a literal level, the song is also a metaphor for being born into the world. The song is popular in bars today to signal customers that it is closing time.

The narrator here is frustrated that there is never enough time to be with a romantic partner. There also isn’t enough time for him to be everything he wants for this person. He points out that time simply moves by too fast.

Time is Running Out – Steve Winwood

Steve Winwood explores the boring side of daily life as well as the strife of the world in this track. He tells listeners that they have to do something to make life better for everyone before it is too late, which might be soon. He discusses small-scale and large-scale changes people should make while they still can.