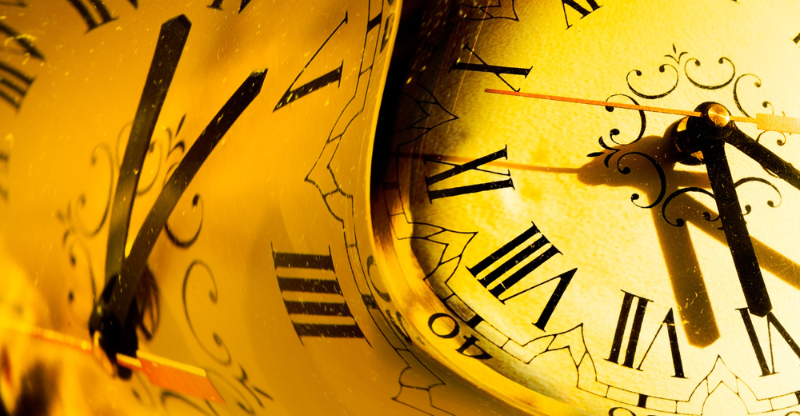 Whether you’re a fan of Doctor Who, the Back to the Future film franchise, or lean into a more classical view of time travel found in the Jules Verne classic The Time Machine, you’re bound to love the fact that there are a ton of songs out there written and recorded on the topic by some awesome bands and artists.

Some of these songs about time travel have much deeper messages about societal needs, while others are fun-loving “what if” concept songs by happy singers. Whatever the flavor, you’re bound to find them intriguing and maybe even helpful as you try to navigate your journey through time.

The Flaming Lips are well known for their eccentric and unique musical offerings. This tendency to the weird also means that they put on unforgettable live shows that helped win them a loyal fanbase. Tapping into their weirdness, ‘Time Travel?? Yes!!’ attempts to explain how time travel is possible through physics. Though it’s unlikely the listener will achieve time travel due to the science in this song, it is still entertaining.

Some might be surprised that there is a niche within time travel songs devoted to love. It makes sense; everyone wonders about what-ifs. Daley’s piece is a bit ambiguous, but that works in the song’s favor. If someone views this song optimistically, it could be about wanting to revisit a particular time in a good relationship. Every decade of a relationship brings challenges and new memories, and for those in a long-term relationship, wouldn’t it be fun to go back and watch your love unfold like a beautiful sitcom?

Contrary to popular belief, ‘Iron Man’ is not about Marvel Comics. The idea for the lyrics came about because Ozzy thought the main guitar riff sounded “like a big iron bloke walking about.” The lyrics are about a man who travels to the future and sees an apocalypse. When he returns due to an accident, he is turned into steel. People mock him and cause him to start the very apocalypse he wanted to warn the people about. There’s a surprising lesson there.

Related: If you’re learning to play the guitar, this song is on our list of guitar riffs for beginners.

Iron Maiden is a musical force that has shaped metal since the early 80s. Like many groups of the time, they had an anvilicious tendency to write songs about dark topics that led to the mistaken belief that the band was made up of Satan worshipers. ‘Caught Somewhere in Time’ is about time travel as a juxtaposition of either a metaphor or literal trading of one’s soul to travel in time to fix a huge mistake. As a metaphor, it does an excellent job of warning of the inherent dangers of time travel and changing the past.

Related: You’ll lose track of time when you listen to our playlist of time music.

Back in Time – Huey Lewis and the News

Arguably one of the best-known time travel songs, ‘Back in Time’ was inspired by the film Back to the Future. Most pieces meant for a movie promotion tend to be lackluster; however, Huey Lewis and the News absolutely crush it in this song. The lyrics manage to capture the essence of the movie. At the same time, the timeless nature of the band’s sound makes this a song that could have been written in the 20th or 21st century.

Related: Go back to the past with these songs from Back to the Future.

‘Time Travel’ is not about literal time travel. Instead, it is a word salad, like Billy Joel’s ‘We Didn’t Start the Fire’ but with no chronological order to the song itself. At first glance, the references seem nonsensical. Still, Marley ties things together when he mentions fear for his son’s future. This song is a mighty sucker punch that reminds us that we have a moral obligation to preserve our world for future generations.

Related: Feel hopeful about tomorrow when you hear these bright future songs.

Lyrically, ‘Silver Machine’ was inspired by Alfred Jarry’s essay How to Construct a Time Machine, a joke essay where the author describes how to put together a bicycle. The music captures the chaos of time travel with the music layered beneath various effects. A clever bit about this song is how it uses the well-known melody of ‘Red River Valley’ to help invoke nostalgia in the listener. The best part is how this nostalgia over the melody has only increased in the decades since the song’s release.

This is a deep cut from Queen’s groundbreaking Night at the Opera album. That album is most notable for ‘Bohemian Rhapsody,’ so it’s not surprising it’s a lesser-known song. ’39’ was written by Ph.D. holding Brian May and his knowledge of Einstein’s theory of relativity to add realism to the lyrics. In the song, a group of space explorers returns to earth thinking they had been away a year and then discover that they were gone an entire century due to time dilation.

Busted, a pop-punk trio from the UK, wrote ‘Year 3000’ out of love for the Back to the Future series of films. Lyrically, it is a light-hearted look at time travel where the singer has a neighbor who built a time machine and then takes the singer into the future. One of the more fun parts of the song is how they claim the music they are now singing will be a massive success in the future. (This feels, perhaps, a little like Bill and Ted’s Excellent Adventures, yes?)

Uriah Heep’s ‘Traveller in Time’ offers a sketch of someone who has committed a crime and was punished by being sent away from his loved ones. This punishment was not typical but a banishment to another time and place. Another possible interpretation of the lyrics is that the narrator intended to find a way to save humanity. However, his loved ones are gone due to his failure, and the human race is extinct. It’s not the happiest song ever written, but it offers some interesting perspectives on life and humanity.

Related: Our songs about crime playlist will remind you that you shouldn’t do the crime if you can’t pay the time!

Sweden’s Robyn released this song in 2010. That year was hectic for her as she released three albums, Body Talk Pt.1, Body Talk Pt. 2, and Body Talk Pt. 3. The lyrics themselves offer a relatively subdued use of time travel as a concept. In this song, the singer expresses a vague expression of wishing to change the past because of some unspecified guilt. If there were more details, there might be a significant impact, but the listener is left wondering.

Related: Feeling bad? Here are the best songs about shame.

This song is a duet that reflects on the difficulty of having a relationship with someone on the other side of the world. There is some genuine clever use of arrangement as the duo sings about how they begin their day just as the other one is starting to end theirs. The time traveling in the song refers to the literal travel through time zones as a person moves across the world.

Related: Dedicate these love songs about distance to your far-away lover.

This song is an upbeat pop-punk that proposes using time travel to verify details about the things we hear every day about history. However, as the song unfolds, the lyrics start to question, even accuse, someone of lying about the details of a particular event. Eventually, the singer confesses that the only reason he wanted to time travel was to go back several years so he could revisit the beginnings of a relationship that ended badly.

This song appears on Grand Funk Railroad’s debut album, On Time. The song itself is typical of Grand Funk Railroad’s hard rock style. Lyrically, the singer is talking about using a time machine the morning after a show. The goal is to go back to the night before and live the experience over and over again. What rock fan couldn’t appreciate that invention?

Never Shout Never was a solo project and, later, a band, with Christofer Drew singing at the center of each version of this band. The music of ‘Time Travel’ is quite eclectic, a mixture of genres that are similar and somehow different from Owl City. The lyrics themselves are a lengthy and convoluted swirling of ideas and images. In many ways, it feels similar to walking through a dream. Meaning changes rapidly, and as soon as you grasp one picture, the song has already left it behind.

Death in Vegas is an English electronic group that started in 1994. Its lead singer and frontman, Richard Fearless, has been the single member in each lineup of this musical group. ‘Silver Time Machine’ is a track with sparse music and lyrics that defy straightforward interpretation. Each verse mentions a group of musicians by their first name, some who have died and others who are retired. It seems the singer is saying their music is like a time machine; it transports him back and forth across decades.

The Rocky Horror Picture Show came out in 1973 and is a musical that pays tribute to the Science Fiction and Horror B movies of the 1930s to 1960s. The most played version of this production is the 1975 film. Arguably, ‘The Time Warp’ is the best-known part of the show and has taken on a life of its own. Due to the song containing instructions for its own dance within the song lyrics, it has become a popular song used at dances and wedding receptions. Oddly, the title is the actual reference to time travel.

Related: This song features on our list of songs to play on Halloween.

SZA is an American R&B singer and writer who grew up in St. Louis. Her career started as a songwriter. When she released her debut album in 2017, it was met with universal acclaim from music critics. The song ‘Time Travel Undone’ came out in 2012. Lyrically, the song is an almost jumble of thoughts from a first-person narrative. The singer wants to live life now but hesitates because of the widespread difficulty of life.

Beggars Opera were a Scottish band that began in 1969 and lasted till the mid-1970s. ‘Time Machine’ is on their second album, Waters of Change, considered their best and most original album of music. The lyrics of this song do not follow any traditional narrative. Instead, the singer invites the listener to leave the mundane world behind and join them on a mysterious adventure traveling through time.