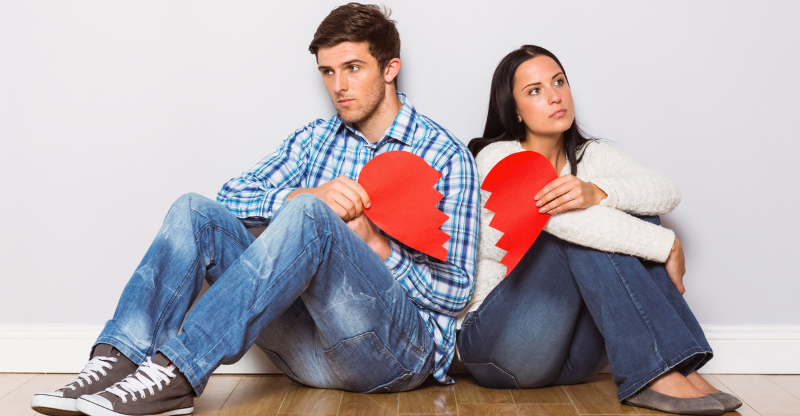 While we like to think of ourselves as strong individuals who make good choices, the truth is that even the best among us may sometimes fall victim to toxic relationships.

Musicians understand this struggle far too well; the following songs about toxic relationships will show you just how many stories of bad relationships exist out there.

The late, great Prince was a huge Cocteau Twins fan and said of the band, “You can’t understand the words of Cocteau Twins songs, but their harmonies put you in a dreamlike state.” In this mesmerizing piece, however, what singer Elizabeth Fraser is talking about is strikingly clear: “Are you the right man for me? Are you safe? Are you my friend? Or are you toxic for me?”

This song explores the sometimes conflicting feelings that occur after a breakup. The male protagonist seems to be moving on somewhat unenthusiastically, while the female narrator still has trouble navigating her love-hate feelings around the split. It was the first charting hit for both Gnash and Olivia O’Brien.

Related: This song features on our playlist of insecurity songs.

Eminem and Pink sing as a couple who are in an unhealthy relationship. They both hurt each other in various ways, but they still can’t let each other go due to their addictive feelings about the relationship. The song also reflects the artists’ real-life professional respect for one another.

The song’s protagonist knows his romantic partner is hurting him with her abusive ways and realizes he should end the relationship. However, he also hurts when he doesn’t have his love’s affection. This song was Shawn Mendes’ third single and his first Billboard chart-topper that solidified his position as a popular modern music artist.

Related: Move onto our list of songs about moving on in life.

Christina Perri sings about trying to end a toxic relationship where the abusive partner wants to get back with his partner. This guy seems to collect a “jar of hearts” and enjoy emotionally hurting his romantic partners time and time again; the female protagonist realizes this fact and wants him to stay away from her.

Related: Hear this song on our list of songs about being arrogant.

The female protagonist of this Britney Spears hit makes it clear that the relationship is toxic rather than her partner, even if she does blame him a bit. Her addiction to his love makes their connection unhealthy; she seems to have lost herself to her love and passion.

The Heart Wants What It Wants – Selena Gomez

Selena Gomez wrote this song about her frustrations surrounding her on-and-off relationship with Justin Bieber. The song title, ‘The Heart Wants What It Wants,’ refers to a term that Emily Dickinson first said in a letter she wrote to Mary Bowles in 1862. Gomez said that the song and the relationship helped her and Bieber grow.

Related: Listen to more songs about loving someone who doesn’t love you.

The song’s narrator gains some level of pleasure from how his lover hurts him. He hints that he may be just as dangerous as her. The single version of the track was released after the album and featured Demi Lovato. It was inspired by a Drake song of a similar sound.

Love on the Brain – Rihanna

Rihanna sings of loving an abusive man in this track; she says there “must be love on the brain.” Many listeners have wondered if the track is talking about Rihanna’s ex Chris Brown, but the song was not originally intended for her, so this may not be the case.

Something in the Way You Move – Ellie Goulding

Ellie Goulding sings as a woman who keeps going back to a painful relationship. Something inexplicable keeps dragging her back, even though she knows she deserves better than the pain she experiences with her partner. She feels lust and passion for the guy even though she knows they will eventually fail as a couple.

While this sounds like a breakup song, it’s about a different type of relationship entirely—Maroon 5’s relationship with their record label. The band was pressured to release certain types of songs by their record company at the time, leaving lead singer Adam Levine feeling trapped. Ironically, this ended up being the band’s first single as well as their first hit.

The partners in this song know that they aren’t good for each other, but at the same time, they don’t seem to want to end their relationship. They’ve hit “rock bottom,” so it seems things can’t get worse. Nonetheless, they stay together through it all. The song could be viewed as a warning or as an inspiration to stick it out through hard times in a romantic partnership.

Related: Listen to the best songs about hard love when love gets tough.

Katy Perry has said that she wrote this song about a real ex-boyfriend who seemed very indecisive about their relationship. One day he would seem interested in her, and the next, he would ignore her. That’s quite the same story that this hit track tells. It stayed on the Billboard Adult Contemporary chart for 34 weeks.

Related: Cool down and listen to the best songs about heat.

Beating Me Up – Rachel Platten

Rachel Platten sings of a bad and argumentative relationship that ended in this piece, but it’s her heart that continues to abuse her. She can’t stop thinking about her lost love, so her head is part of the torture, as well. It’s relatable to anyone who keeps themselves hurting long after a painful relationship ends.

The man and woman in this track love each other deeply. However, they sometimes fight each other with just as much passion. They seem to enjoy experiencing the intense highs and lows together and wouldn’t want to give it up. Hayley Williams is featured on the track; she was guitarist Chad Gilbert’s fiancee at the time.

Put My Heart Down – Sara Evans

The female narrator of this track asks her hurtful partner to leave her before their relationship gets even more painful. It paints a picture of a victimized woman who is trying to find a way to restore her sense of security and help herself move on. Sara Evans premiered the song on the television series Nashville.

Related: Find your willpower with these songs about strength playlist.

Kill For You – Skylar Grey

Eminem is featured on this track, where audiences meet a man and woman in a very toxic relationship. The guy has brainwashed his partner into being dangerously loyal to him; she declares that she would do anything for him. The song reminds listeners that it pays to be cautious about who you trust in life.

Related: Take a listen to our playlist of songs about trust.

I Miss the Misery – Halestorm

The narrator here shocks the listener by declaring that she misses the painful relationship she lost. She seemed to enjoy the lies, fights, and dramas that her romance brought into her life. The track shows how some people prefer dramatic love relationships over stability and security.

Most of the tracks on Thomas Rhett’s album Tangled Up show love in its best light; ‘Playing With Fire’ is the exception. It’s a duet where the female and male protagonists reminisce about a painful love experience they seem to miss despite its downsides. Jordin Sparks was featured on the original track, while Danielle Bradbery was chosen for the remix.

Smoke When I Drink – Kelleigh Bannen

This track compares a damaging relationship to the effects of habits such as smoking and drinking. From loving someone bad for us to caving into an addiction, this song shows how hard it can be to give up the habits we enjoy even as they actively hurt us.

Related: Listen to similar songs on our playlist of alcohol songs.

Keri Hilson wishes she could erase the past so it would be easier to move on from heartbreak on this track. She laments that all her energy is wasted on revisiting a hopeless romance from the past that has hurt her.

The woman who serves as this tune’s protagonist hopes she can escape her hurtful lover. It’s the only way she can think of to get out of the relationship that’s ruining her life. It shows how some people must reach a breaking point to make necessary, healthy changes in their life and highlights the courage it takes to get there.

Miranda Lambert takes revenge for a toxic lover into her own hands in this intense track. She waits for her man to get home from jail to “show him what little girls are made of.” The song may reflect some of Lambert’s real-life values regarding self-defense.

The narrator of this track sings of wanting to pursue and embrace a relationship that could end up being unhealthy; she wants the type of all-consuming love found in fictional stories. The lyrics contain French sections and gibberish in addition to the rest of the English lyrics.

I Knew You Were Trouble – Taylor Swift