16 Songs about Tragedy to Help With Life’s Challenges 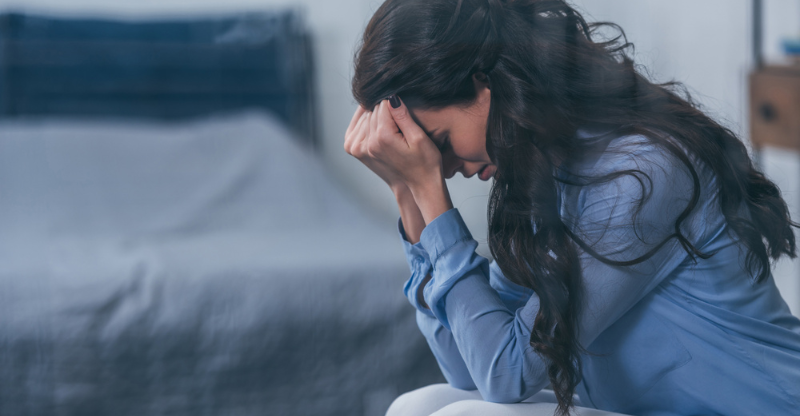 Tragedies of all kinds affect us throughout our lives.

Songwriters and artists often channel their grief in their music, which helps us cope along the way and feel less alone.

Whether you need to hear Eric Clapton’s emotional song ‘Tears in Heaven’ or are in the mood for Harry Chapin’s classic ‘Cat’s in the Cradle,’ browse our list of songs about tragedy and remember you’re not alone.

In 1991 Eric Clapton wrote this song after he tragically lost his young son since part of his grieving process involved working through his emotions with his music. Clapton was commissioned to write a song for the film Rush, a story about a tortured narcotics agent. ‘Tears In Heaven’ plays towards the end of the movie. ‘Tears in Heaven’ was co-written with songwriter Will Jennings.

Related: Hear this song on our list of the best songs about heaven.

Many soldiers who fought in the Vietnam War in the ’60s came home with PTSD. Because the disorder was newly recognized, the treatment process often worsened soldiers’ symptoms. John Prine captures the pain of PTSD in his song ‘Sam Stone,’ about a veteran who battles PTSD.

Related: Check out similar songs on this list of anti-war songs.

Frontman Eddie Vetter put his own spin on Pearl Jam guitarist Stone Gossard’s ballad ‘Black.’ The metaphor-heavy lyrics deal with painful unrequited love. Vetter has commented in interviews before that the song is about “letting go.” He’s stated the song is about how so often your one true love is only temporary, which is a harsh reality to confront.

Related: Listen to a rainbow of colorful songs.

“He said, ‘I’ll love you till I die.’ She told him, ‘You’ll forget in time.'” Country music songwriters have a special ability to write songs that’ll break your heart over and over again. George Jones channels the unique pain of remaining in love despite the relationship ending with his hit ‘He Stopped Loving Her Today.’ The hook centers around the protagonist loving the girl who left him until the day he passes away.

Related: You can find this song on our songs about unrequited love playlist.

Cat’s in the Cradle – Harry Chapin

One of America’s most popular songs of all time, Harry Chapin’s ‘Cat’s in the Cradle’ is a warning against missing your child’s most important moments. The song begins with a father who is always busy with work, so he misses out on his son learning to walk. Eventually, when the child grows up, he mirrors his father’s behavior and now has no time for him. Chapin adapted the song from a poem his wife wrote after their son was born.

Green Day frontman Billy Joe Armstrong lost his father early on due to a battle with cancer. That painful experience shaped the lyrics for his song ‘Wake Me Up When September Ends.’ The single appears on their album American Idiot, which features an anti-war, geopolitical theme throughout it. Because of this, the song is often associated with pacifist movements protesting war.

Related: Fall into this playlist of autumn songs.

“Goin’ home, I just can’t make it all alone. I really should be holding you.” The Bee Gees capture the moment love ends with their emotional ‘Tragedy’ on their 1979 album Spirits Have Flown. Lead singer Barry Gibb shows off his falsetto skills by mimicking a siren in background production, adding a sense of urgency to the track as the tale unfolds.

“This parting is bitter when no friend is near.” Hank Snow’s lyrics for ‘Walking the Last Mile’ read like poetry as a painful story unfolds of an imprisoned man making his way to the gallows. The lyrics read like the protagonist conversing with himself, repenting of his sins, and praying for forgiveness as he inches closer to his final moments.

Originally written by a school teacher and activist Abel Meeropol after reading about the horrors of lynchings in a magazine, ‘Strange Fruit’ became a symbol of fighting racism and injustice after its original release as a poem in the mid-1930s. Billie Holiday ultimately covered it, but her label Columbia Records wouldn’t release it. A lesser-known label, Commodore Records, partnered with her and released the track.

Related: This song made it our list of the most famous songs of all times.

Guitarist Katherine King, who goes by the nickname “Kaki,” guest appears on this Foo Fighters track and provides fingerpicking instrumentation. Frontman Dave Grohl was inspired to write this tune after learning that a group of miners stuck underground in Australia requested an iPod full of Foo Fighters music be sent down to them while they waited to be rescued. Grohl ultimately met up with the miners after their 2006 rescue at one of the Foo Fighters’ show dates in Sydney.

“I will carry you with me. Until I see you again.” Carrie Underwood often references her faith in the songs she co-writes. ‘See You Again,’ co-written with songwriters Hillary Lindsay and David Hodges, centers around Underwood ultimately reuniting in Heaven with loved ones. The song appears on her 2012 album, Blown Away.

Ed Sheeran was very close to his grandmother, who was the main one encouraging him to pursue a career in music while she was alive. After her passing, as he and his family were cleaning out her hospital room, a vase full of flowers caught his attention and inspired him to write ‘Supermarket Flowers’ in honor of her.

Related: This song features on our playlist of songs about flowers blooming.

“When you’re sure you’ve had enough of this life, well, hang on.” R.E.M. drummer Bill Berry wrote the hit song ‘Everybody Hurts’ while still with the band in the early 1990s. He wanted to write a song to help people find hope, and his tune became an anti-suicide symbol after its release in 1992. After Berry left the band in 1997, the bandmates decided to continue as a trio while Berry sought a more quiet life as a farmer.

Who You’d Be Today – Kenny Chesney

“Like a story that had just begun, but death tore the pages all away.” Country songs know how to make you cry, and this one is no exception. Kenny Chesney has tackled the tough task of honoring those who pass away prematurely with his music a few times. ‘Who You’d Be Today’ tells the story of someone very young who dies suddenly. The poignant tune was written by songwriters Aimee Mayo and Bill Luther.

Related: Find this song on our songs about losing someone playlist.

“Oh, I’ve seen fire, and I’ve seen rain. I’ve seen sunny days that I thought would never end.” Songwriter and music icon James Taylor penned ‘Fire and Rain’ in 1968 during a particularly dark time in his life. While battling addiction and depression, he wrote lyrics that exemplified the ups and downs in his life. He was only 20 years old when he wrote the hit song.

Related: Spend a rainy day listening to this playlist of rain songs.

Rapper Whiz Khalifa partners with singer and pianist Charlie Puth for their emotional hit ‘See You Again.’ The song is about mourning a loved one who unexpectedly passed away and reflecting on the moment you’ll meet them again in another life. The song was written for the film Furious 7 for one of the film franchise’s leading actors, Paul Walker, who tragically passed away in 2013.