22 Best Songs about Trains and Locomotives 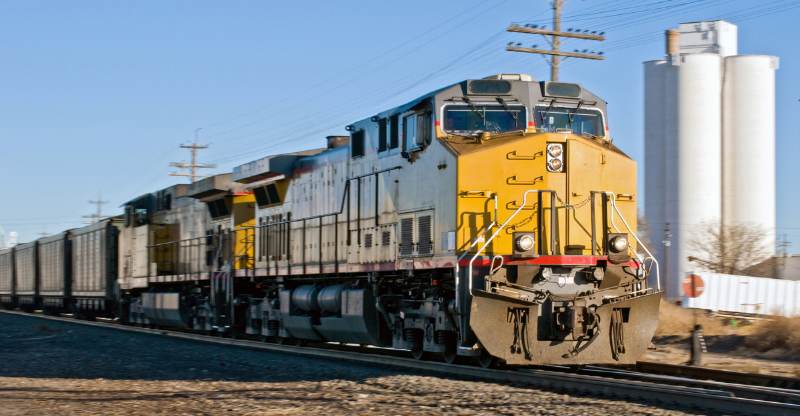 Of all the modes of transport, trains probably feature most than any other.

Trains are used as symbols of freedom and rebellion in music, likely due to images of runaway trains and traveling cross country. Songwriters in many different genres, including rock n roll, country, and jazz, often use trains as metaphors for bigger life messages they are singing about. Artists from the ’50s and ’60s were especially keen on using trains as imagery because locomotive travel was popular at the time.

So, all aboard! This comprehensive list of songs about trains will satisfy every railway enthusiast out there!

Johnny Cash covered this old-timey tune about a fictional train known as the ‘Wabash Cannonball.’ The original folksy version of this Americana song puts the train rolling through the midwest when it references “the lakes of Minnesota.” it is included in the Rock and Roll Hall of Fame’s 500 Greatest Rock Songs of All Time and is the oldest song on the list.

Originally written by singer-songwriter Jim Weatherly, he was inspired to pen this tune after a phone conversation with actress Farah Fawcett. Her relationship with athlete Lee Majors was ending, and she told Weatherly while on the phone she was packing up her things and taking a train back to her parent’s house. Weatherly wrote the song in less than an hour after hanging up, and Gladys Knight & The Pips recorded it in 1973.

Related: Get out of town with these songs about traveling the world.

This song was released during the heyday of the soul genre and is a call for world peace. The O’Jays would go on to have several hits, including ‘Love Train.’ The song’s groove and message have a timeless element, making it a great addition to film soundtracks. It has been featured in movies like Hitch, Undercover Brother, and The Martian.

Related: Make the world a better place with these peaceful songs.

Legendary songwriter Cat Stevens has called this song his “peace anthem.” Going for a Meditteranean vibe with the instrumentation, the song’s message centers around striving towards the ever-present goal of peace in the world. He ended every show with this song for a long time because it summed up what he wanted his music and career to stand for.

Though other greats like Rod Stweart have gone on to record this song, Tom Waits was the first. He also wrote it. It appeared on his critically acclaimed 1980s album, Rain Dogs. The intimate, poetic lyrics capture the fast pace of city life and the protagonist’s yearning for a woman he can’t quite connect with.

Related: Check out other songs about wanting to be with someone you can’t have.

Train in Vain – The Clash

‘Train in Vain’ was secretly released as a hidden track on The Clash’s most famous album, London Calling. Though the band released it as a single, it wasn’t added to the project until the last minute. Despite the single’s title, the words “train in vain” never actually appear in the song. Even though the song’s hook is “stand by me,” the group chose its unlikely title due to its train-like rhythm.

Sun Records blues musician Junior Parker originally wrote this tune in 1953. Two years later, Elvis Presley released the most popular version of this song during his time at the famous recording house. The lyrics feature an eerie train ride with a symbolic connection to death which the protagonist mentions towards the end of the song when it’s revealed the train “took my baby, but it never will again.”

Last Train to Clarksville – The Monkees

Songwriters Tommy Boyce and Bobby Hart are responsible for writing quite a few Monkees tunes. ‘Last Train to Clarksville,’ a Vietnam War protest song, is one of them. Written about a young boy who gets drafted, the lyrics deal with the boy’s painful emotions about leaving home and not knowing if he’ll ever come back. The Monkees was a made-up band formed by selected actors for a TV show meant to mirror the popular sound The Beatles created.

Related: Head to our playlist of songs with a location in the title.

In this quiet, intimate song, John Mayer has an honest conversation with the listener about time. Using a train as the metaphor for the passage of time, he reflects on his parents aging, mistakes made, and lessons learned. ‘Stop This Train’ appeared on Mayer’s album, Continuum, known for its tracklisting featuring songs full of raw emotion and soul-searching lyrics.

Related: Get nostalgic with this playlist of songs about growing up.

Guitar impresario Jimi Hendrix loved to play this song live. The tune also went by ‘Getting My Heart Back Together Again.’ It’s one of the many solid blues tunes Hendrix wrote over his career. Though it was never recorded in a studio while he was alive, a raw take of it was found in the early 90s and released on a compilation album.

Related: This fine piece of playing also appears on our best blues songs list (a must-read if you love blues music.)

Johnny Cash loved to use trains in his music as imagery and metaphors, representing bigger-picture messages. In this tune, he tells the story of a deadly train crash that took the life of the newly appointed engineer. Towards the end of the song, Cash makes the moral of his story clear. Always tell your loved ones how much you care about them because you never know how much time you have left with them.

Related: Gather your peeps to listen to this playlist of family songs.

Composed with a geopolitical slant, Jethro Toll band leader Ian Anderson tackled the issues of living in a crowded world with ‘Locomotive Breath.’ It appeared on their famous 1971 album Aqualung, and many metal bands have gone on to cover it. The popular tune was also included in a classical spinoff album Jethro Toll worked on in 2017, featuring some of their most well-known tunes in instrumental form.

Take the A Train – Duke Ellington

This came to be known as Duke Ellington’s signature song, and he played it at the opening of every show. He wrote it about a train route he often took in New York in the Harlem district. Trumpet master Ray Nance appeared on this track with a solo. Though a common rule in the jazz genre is never to repeat the same solo twice, Ellington loved it so much that he asked him to play it the same way live every time.

Related: See more of the most popular songs about New York.

The band played this song live for several years before ever stepping into a recording studio to add it to an album. When they finally did, it was for their ’73 project, The Captain and Me. Before recording it, when they would play it live, Tom Johnston, The Doobie Brothers’ frontman, would make up new words to it as they played the song.

Related: Float away with these cloud songs.

Grateful Dead collaborator Robert Hunter incorporated the myth of locomotive legend Casey Jones into their song about substance abuse. Jones heroically sacrificed his life to save those of his passengers during a multi-train collision. This song, also known as ‘The Ballad of Casey Jones,’ chronicles parts of this story. The quirky instrumentation gives the song a train-like feel.

Written during a time the band spent a ton of time traveling by train to various interviews and promo spots, ‘Last Train to London’ was released in 1979 on their studio album Discovery. A mix between bubbly pop and groovy R&B genres, this tune has at times been compared to the popular song, ‘Boogie Nights’ by Heatwave.

‘Driver 8’ refers to a popular American train known as the Southern Crescent, which has been operating since 1891. Though this is one of R.E.M.’s lesser-known tunes, many bands have gone on to cover it. Hootie and The Blowfish recorded it for a covers-only album in 2000, and Death Cab for Cutie has played it live many times while on tour.

Related: Get to work with these songs about occupations.

Though this single was released later in their career as a band on their 2008 Black Ice album, it was a huge success. After its initial release, it quickly reached number one on the Billboard charts. ‘Rock N Roll Train’ was also licensed many times for use in commercial spots, including many promos for sports channel ESPN.

Piedmont blues guitarist Elizabeth “Libba” Cotten wrote ‘Freight Train’ while inspired by the sounds of trains she could hear off in the distance from her house growing up. A rare lefty guitarist, she taught herself how to play. Because her family couldn’t afford to buy her a guitar, she would fashion the instrument out of household items she could find and would play it upside down. Her form of picking is known as “Cotten Picking.”

Though Soul Asylum had released several albums before their Grave Dancers Union album that features ‘Runaway Train,’ this easy-to-sing-along-with pop song put them on the map. Written about the various struggles one goes through with depression, the band used the song’s success as an opportunity to spread the word about missing children in America, whose photographs were highlighted throughout the song’s video.

Related: Belt it out with this playlist of sing-along songs.

Featured on the album This Unruly Mess I’ve Made, ‘The Train’ is one big metaphor detailing how the race of life can often leave you disconnected from people who matter the most. As the protagonist tells the listener his story, he mentions his mother he doesn’t often have time to talk to, a girl he left behind, and his brother, who he misses dearly.

Related: If you miss someone, see our playlist of songs about missing somebody.

One of Johnny Cash’s most famous songs finds him once more using the symbol of a train to represent the hardships in his life. Sung by an imprisoned man, the song feels like a journal entry for the inmate who tells time by the sound of a nearby train and fantasizes about where it’s headed. ‘Folsom Prison Blues’ is a classic outlaw country song, and Cash stuck to his outlaw ways by performing several shows at some of America’s toughest prisons.

Related: You can find this song on our playlist of songs about criminals.