Gather the Family for These 19 Great Songs about Uncles 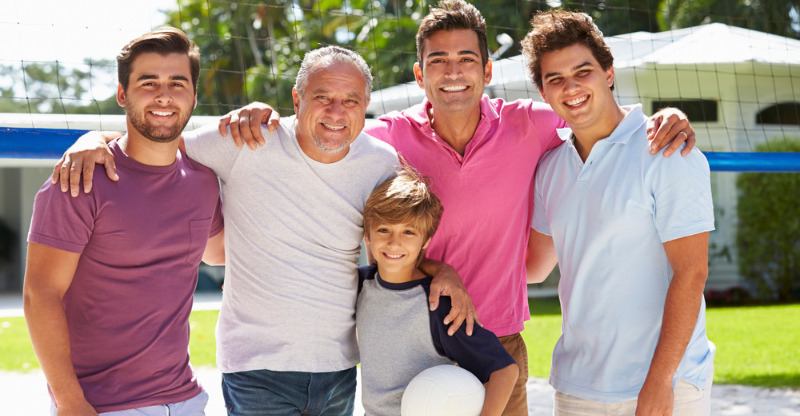 Anyone with a favorite uncle understands the special and unique role such a relative can have in a person’s life.

Numerous musicians feel the same way. What are some of the top songs about uncles? Read on to find out!

The narrator here asks listeners to come to listen to Uncle John’s Band with him. It’s not clear who Uncle John is; he may be an imaginary figure. This bluegrass-folk song has a sound inspired by Bulgarian folk music. While the single release—which was shortened from the album version—did not chart very high on the US Hot 100, the album it appeared on was a huge hit.

Related: Here is our list of famous bluegrass songs.

This track’s uncle character was based on Joel Chandler Harris’s writings. The song explores Frank Zappa’s somewhat gentle criticism of ongoing racism and the lack of civil rights advancements in the 1970s, which he believed were sacrificed for the sake of fashion. Similar themes appear in Zappa’s earlier track ‘Trouble Every Day.’

This fictional tale of child abuse shows perspectives from all sides, with an orphanage and the “Uncle Salty” working there at the center of the story. Aerosmith bassist Tom Hamilton plays rhythm guitar on this particular piece.

In this fictional song, Ben Folds finds himself stuck with a friend’s drunken uncle. The uncle tells Folds about modern society’s problems and says he would change things if he was the US President. While Folds does have an uncle named Walter, the character in the song is only partially based on him.

My Uncle Used to Love Me But She Died – Roger Miller

This somewhat nonsensical song uses rhymes to make its lighthearted, if confusing, point. Roger Miller’s childhood spent with his aunt and uncle may have inspired some of the lyrics. Despite its strange nature, the song was a minor hit in the United States and a big success in Canada. The 1973 version uses the lyric “mama” rather than “uncle,” making it a little less confusing.

Here we have a theme song for a film of the same name, performed by Annette Funicello and The Beach Boys. It’s a somewhat nonsensical song with its narrator talking about a female character who “loves the monkey’s uncle.” It seems that this might just be the guy she likes.

Related: Enjoy our playlist of songs with monkey in the title.

Bill Monroe and His Blue Grass Boys first sang this song in 1950. Goldie Hawn’s version was released on her album Goldie in 1972. The country track’s lyrics tell of people who came from all over to dance to Uncle Pen’s fiddle music.

This song finds Buffy Sainte-Marie asking listeners if they ever met someone named Uncle Joe. The song appears on the only country and folk album that Sainte-Marie released, titled I’m Gonna Be a Country Girl Again, which was released in 1968.

‘Uncle Arthur’ stars a manchild who meets a woman named Sally and finally starts his adult life with her. However, he grows unhappy and eventually moves back in with his mother. The song criticizes 30-somethings who refuse to start independent adult lives and rely on their parents to survive.

Related: Check out our playlist full of song lyrics about growing up.

The Kinks explore the lives of honest, ordinary, hard-working people and the unfair ways that they may get exploited by politicians and societal systems in this track. Many listeners find that the song still rings true in modern life, especially in a world increasingly divided by political differences.

Related: Working hard or hardly working? Here are the best songs about jobs.

Here’s a novelty track that was the first song Noël Coward performed on a 1955 TV special where he appeared alongside Mary Martin. The song was written to entertain troops in the 1940s and is about a relative who became a missionary. Coward did not have an uncle named Harry, so it is unclear who inspired the song.

The narrator of this song sings fondly of childhood memories with his Uncle Joe. Joe dies in the song, but before he does, he tells his nephew that he is going to heaven. The nephew seems lonely even though he knows his uncle believes he’s going to a peaceful afterlife.

Related: See our list of passing away songs to help you grieve.

This song’s protagonist would go to great lengths to hide everything in his life from someone else, who he is either angry at, doesn’t trust, or both. Bauhaus covered this track, which Brian Eno originally sang; other artists have also covered this piece. Bauhaus changed some of the lyrics, as well.

This track has a male protagonist who talks about enlisting in an army and going to war. It seems that he is happy about the prospect of becoming violent without actually breaking any laws. The song shows the illogical nature of war and how we use it to justify harming and gaining power over others.

Related: Head over to our playlist of soldier music.

Elvis Costello seems to warn a woman about the older uncle-like men she gets romantically involved with in this track. He doesn’t seem sure that he can offer her anything better, but that doesn’t mean she is making the right choices. Various artists have covered ‘Man Called Uncle’ since its release.

Prince co-wrote and produced this piece under a pseudonym; Paula Sherield wrote the song’s rap section. The song addresses how the United States government and patriotism are anthropomorphized and talks about how Black people contributed to the country’s development.

Related: You won’t want to miss our list of the most patriotic songs.

Fiddle About – The Who

This piece talks about its protagonist’s rough life leading up to his spiritual enlightenment—particularly familial abuse during childhood. It can be considered a companion piece to The Who’s ‘Cousin Kevin,’ which addresses the same topics. Pete Townshend’s abusive childhood was a likely inspiration for both songs. Ringo Starr of The Beatles is featured on the song’s vocals.

The title of this song seems to play on Uncle Sam, one of the United States’ fictional symbols of patriotism. The song encourages listeners to join an army that is all about music, rhythm, and dancing rather than being bored. This stands in stark contrast to the harsh reality of armies and war.

Related: Hear similar songs on our list of the best war protest songs.

In this song, a character named Uncle Toad criticizes young boys and their sometimes questionable choices. He tries to teach them what is wrong and right, sometimes in harsh ways. Whether these are relatives or just neighbor-type children is hard to tell.