15 Best Songs about Underdogs and Defying the Odds 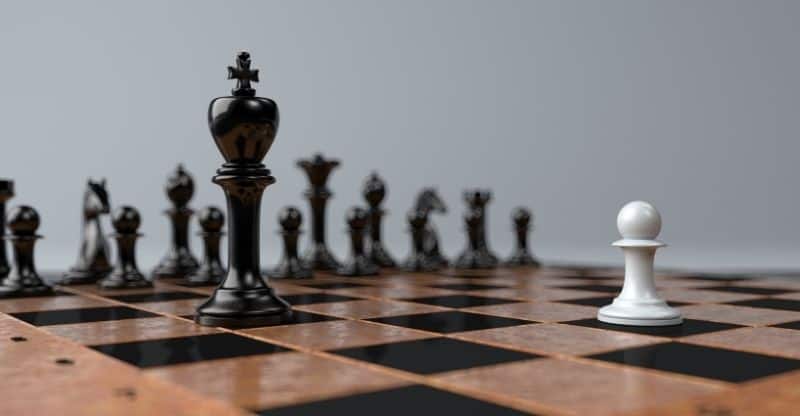 Here’s a list of songs for all the underdogs out there. All those people who have the odds stacked against them – whether that’s because they grew up in a poor neighborhood, in a broken home, or with some physical handicap – but pursue their dream anyway.

Here’s the surprising thing: an underdog has the element of surprise. Nobody expects you to reach the summit. But when you do, success will be all the sweeter when you achieve your dreams. You haven’t let your issues become obstacles in your path – you’ve used them to give you strength. Now we’re talkin’ 🙂

There is pure energy in some of these songs that you can use to spur you on to achieve great things. Let’s get to it then.

We are the Champions – Queen

Quite possibly the best underdog song of the lot. It’s an autobiographical song about Mercury’s rags to riches story. He contests it’s been “no bed of roses, no pleasure cruise” but considers it “a challenge before the human race, and I ain’t gonna lose.” That’s the spirit.

We also feature this on our songs about victory playlist.

Here, frontman Iggy Pop acknowledges he’s been in the gutter, but that makes absolutely no difference to him. He’s going to make it anyway. “I been dirt, but I don’t care, ’cause I’m burning inside.”

It’s one of the best songs about being downtrodden but relatively unknown. Until now, that is :-).

Sometimes, you feel like nothing will ever go right. If you’re superstitious, you may put this down to being born under a bad sign (referring to the zodiac). This track by blues great Albert Lee has been covered countless times by luminaries such as Eric Clapton (in Cream) and Stevie Ray Vaughn.

He humorously concedes that if it wasn’t for the bad luck he’s had, “I wouldn’t have no luck at all.”

Maya Angelou was an inspirational American poet and civil rights activist. Here, songwriter Ben Harper puts music to one of her most famous poems, ‘I’ll Rise.’ It’s a fantastic piece about overcoming hardship and standing proud, “you may trod me down in the very dirt, and still like the dust I’ll rise.”

Alicia Keys is a fine example of an underdog achieving big things. She grew up with a single mother in a poor neighborhood of New York called Hell’s Kitchen. So the chances of her becoming an international superstar were remote at best.

Incredibly, she defied the odds and became the amazing musician she is today. This song inspires others to chase their passions too, however desperate things may seem.

“They said I would never make it, but I was built to break the mold.”

This song came about when singer Jarvis Cocker met a Greek girl at University (“she studied sculpture at Saint Martin’s College”) whose “Dad was loaded.” She expresses a desire to “live like common people.”

Cocker then brilliantly tears a few strips off her and tells her there’s nothing funny about being broke. Besides, it would never work, “’cause when you’re laid in bed at night, watching roaches climb the wall, if you called your Dad he could stop it all, yeah.” It’s a brilliant example of when a song can pack a whole commentary on class in a few verses.

Any musician who has ever made it has undoubtedly been an underdog at some point in their career.

The Jimi Hendrix’s of this world aren’t born that way, they have to fight their way to become masters of their craft, and that means refusing to listen to other peoples advice most of the time (which is often that you’re not good enough – its human nature to keep others down, sadly.)

‘Jukebox Hero’ is the account of a boy who starts out as a fan who can’t get a ticket to the show and hangs out at the backstage door (“standing in the rain, with his head hung low”). He goes on to become a rockstar himself (good work!), and sees “his own shadow” at the backstage door, which reminds him how “that one guitar, made his whole life change.”

Here, singer Billy Corgan is utterly fed up. He’s “bored by the chore, of saving face.” But, with more than a little hint of irony, he sings, “today is the greatest day I’ve ever known.”

The video is rather comical too. In it, we see Corgan cast as an ice cream man who’s surrounded by other people making out. So he quits and heads out for a drive in the desert.

Here’s a dig at the establishment or anyone who wields power to further their ends. Instead, he warns them to watch out for the underdog. “You got no fear,” he sings, “and that’s why you will not survive.”

Here’s one of Bowie’s finest moments (and there were many). He invites us to join forces with him so “we can be heroes, just for one day.” Bowie was inspired to write this when he saw two people – one of them supposedly producer and collaborator Brian Eno – having a secret kiss under the Berlin Wall.

Naturally, we include this on our songs about heroes playlist too.

The Outside – Taylor Swift

Written by Swift when she was just 12 years old, ‘The Outside’ is about her feeling of loneliness and isolation when she started middle school. When others were having sleepovers, she was singing country music at karaoke bars and festivals. Hmm, I wonder who faired the best then.

We couldn’t have a list of underdog songs without this classic fight song. Chumbawamba were a band dedicated to the destruction of the British government. In fact, the term ‘tubthumping’ means ‘to campaign.’

Politics aside, the line “I get knocked down but I get up again, you’re never gonna keep me down” has become a modern-day underdog’s slogan!

The Boxer – Simon and Garfunkel

Paul Simon was feeling particularly bruised after some negative comments he’d received by music critics. The response was to write this classic tune that positions him as “the boxer.”

He’s” just a poor boy” and left home when he was “no more than a boy.” The New York winter winds make him want to go back home, but he can’t. So he’s resigned to “laying low, seeking out the poorer quarters where the ragged people go.”

If you have a problem with authority figures (a parent, teacher, boss, etc.) and you’ve had enough, then this rebellion anthem is for you. It’s about saying ‘enough is enough.’ “Your life is trite and jaded, boring and confiscated,” he sings, so why should we want to listen to you. He has a point :p

Back in the High Life Again – Steve Winwood

Here’s a reassuring song about getting through a breakup. In the song, Winwood looks forward to when he’ll “drink and dance with one hand free.” It’s a song about hope and believing that things will get better. They always do if you’re patient.