14 Songs about Unity and the Importance of Working Together 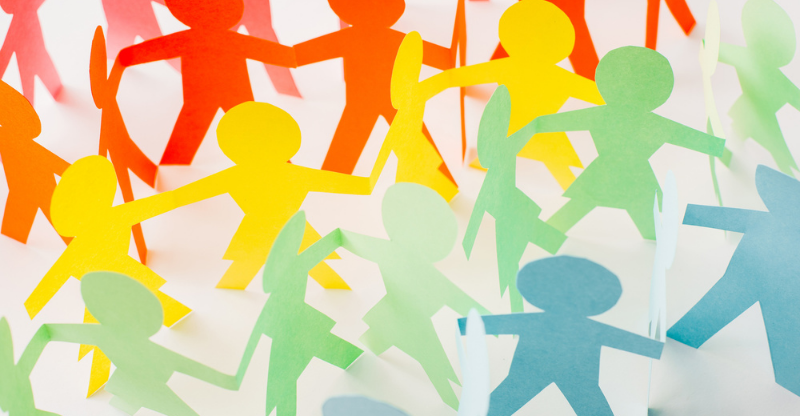 Life doesn’t come without its troubles, so it’s important to have someone by your side. Imagine if the whole world could be by your side, and everyone could get along. This playlist of songs about unity is full of dreamers who hope for a better tomorrow, and some of them believe humanity will get there someday.

‘Arabesque’ is about world unity and coming together as one instead of being separate nations. The title comes from the Arabic art form of the same name. It uses intricate lines that seem random at first but create beautiful designs. The French lyrics are similar to the English and talk about people being different streams to form one river.

All Together Now – The Farm

This song is about the football (soccer) game on Christmas Day during World War I. The English and German troops stopped fighting to play a few rounds of football, showing that there really can be peace during times of unrest. ‘All Together Now’ uses Pachebel’s ‘Canon In D Major’ for the tune. The song charted at number 4 in the UK, number 5 in Germany, and the Top 10 in a few other countries.

Queen Latifah addressed how poorly some men treat women. She talks about getting harassed on the streets and women getting harmed at home and says that there needs to be unity between men and women. While this song is directed to the black community, it has a universal message applicable to anyone. The song charted at number 23 in the US and 74 in the UK.

One Love / People Get Ready – Bob Marley and the Wailers

Bob Marley encourages everyone to be peaceful with each other to prevent Armageddon. He says that God will come back, and everything can be peaceful as long as everyone on earth can agree to get along. The song charted at number 5 in the UK.

Related: Go to our playlist of famous peace songs.

Where Is The Love? – Black Eyed Peas

The Black Eyed Peas question where all the love is in the world since there are so many awful things happening. They address tough topics like children getting harmed, racial inequality, and how minorities often feel unsafe around police. The song was released in 2003 and charted in the Top 10 in the UK and US.

John Lennon asks you to imagine a world that isn’t divided by imaginary borders, social status, or religion. He says he’s not the only one dreaming of a peaceful, united world and believes that the world could achieve this dream if everyone joined in. The song charted at number 1 in the UK and 3 in the US.

All for One – The Stone Roses

The Stone Roses released this song in 2016, the first song they released in 21 years. The song imagines everyone working together and being peaceful so they can stand tall as a family instead of tearing each other down. The song charted at number 17 in the UK.

Lay It All On Me – Rudimental feat. Ed Sheeran

This song is all about being there for someone you love, whether a partner or a friend. The narrator tells his loved ones they can give him all their problems, and he’ll be there for them. Rudimental came up with this song after being homesick from touring, and how it led the band’s bond to become solid and dependable.

Related: Check out more songs about getting through hard times.

The bond between the singer and the person she’s addressing is clearly a strong one. She promises to always be there by their side, and if they get lonely, she’ll walk however far she needs to go just to be there. It’s a comforting song that will remind you that you’re never alone.

This song dreams of a world where everyone believes the same way and gets along well, so there isn’t any fighting or disagreements. It’s just people living their lives in harmony. The members of Queen usually wrote their songs alone, but they worked together on this one, making it a truly united song.

Lin-Manuel Miranda wrote this song to help Puerto Rico after Hurricane Maria hit in 2017. He worked with several artists to create this song. The lyrics predominantly list off different locations in Puerto Rico, like the island of Vieques or the baths of Coamo. It’s a love song to the country and its people, intended to bring everyone together after suffering through a crisis.

The lyrics in this song can be perceived in two ways; one way seems like the singer is reluctant to have everyone come over to his house, and the other way sounds like he’s happy that he’ll never have to be alone. He also mentions that everyone is a tourist in life, and we can’t go back home, which contradicts the chorus. Despite the contradiction, the overall message is that we’re all on this planet together, so everyone should live in harmony.

Neil Young sings about how the USA has a ‘Rainbow of Colors,’ meaning that the country is filled with a diverse group of people from all over the world, and nobody can change that. The song was written as a protest against decisions made by the president at the time and was meant to remind citizens that everyone can live peacefully together.

Come Together – The Beatles

John Lennon initially wrote this song for Timothy Leary, who wanted to use the song for his campaign since he was running for the governor of California. Leary decided not to use the song, so Lennon changed it up, added some nonsense lyrics, and turned it into a hit that charted at number 1 in the US. Now that’s how you recycle a song!

Related: See our playlist of songs with great bass lines.