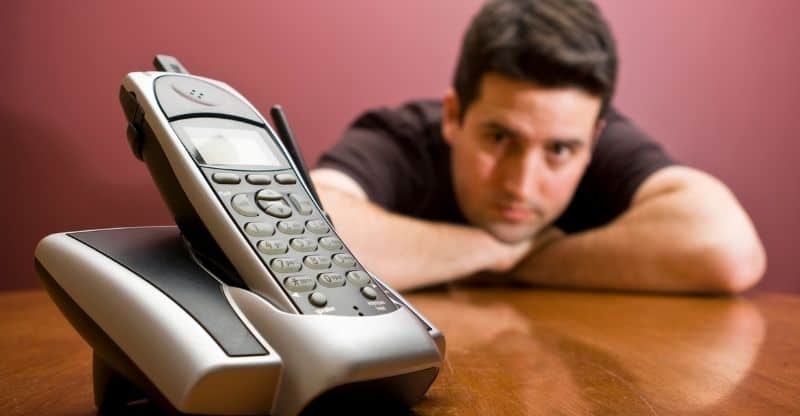 Ever loved someone who hasn’t loved you back? You want them, but they don’t want you?

This is known as ‘unrequited love’. If it’s any consolation, it’s a very common thing. You are not alone.

When you fall for someone, neuro-chemicals in your brain (chemicals such as dopamine) are released that make you feel great – but also make you idealize the person even more and think about them constantly.

This probably explains why there are so many songs about unrequited love!

So, here’s our pick of the best songs on the subject, from Taylor Swift to The Temptations.

Our Pick of the Best Songs About Unrequited Love

“You Belong With Me” by Taylor Swift

Taylor Swift’s You Belong With Me is one of the best-selling singles globally ever, and is easily one the best pop songs about unrequited love.

It’s a song about a common predicament young people face, falling for a close friend. The protagonist is in love with her best friend, but he doesn’t know it.

They have great chemistry “laughin’ on a park bench, thinkin’ to myself, hey, isn’t this easy?”. The problem is he’s with another girl.

The thing is, he’s not happy. His famous smile has gone:

“And you’ve got a smile that could light up this whole town, I haven’t seen it in a while since she brought you down”

She knows she’s really the girl for him “and I know your favorite songs, and you tell me ’bout your dreams, think I know where you belong, think I know it’s with me”

Does she ever tell him? We never get to find out.

It’s true the best couples are also friends, but the transition from friend to lover doesn’t always work out.

Dreaming about romance and ‘what could be’ is a common subject for songwriters, check out our playlist of songs about dreams for more.

“Every Little Thing She Does is Magic” by The Police

“Though I’ve tried before to tell her, of the feelings I have for her in my heart, every time that I come near her, I just lose my nerve as I’ve done from the start”

We all know that feeling.

The song is about a guy who is infatuated with a girl. Everything she does is ‘magic’ to him.

But he’s been rejected so many times, he’s too afraid to even go near her “every time that I come near her I just lose my nerve, as I’ve done from the start”

It’s a classic song about unrequited love. But also self-sabotage. He hasn’t actually been rejected by her, his own fear of rejection is stopping him even getting to first base.

“Waiting in Vain” by Bob Marley

Even the great Bob Marley got rejected.

It’s about the unconditional love he has for someone, but she isn’t interested.

“From the very first time I blessed my eyes on you, girl, my heart says follow t’rough, but I know, now, that I’m way down on your line”

It’s a great song about waiting if your love has been put ‘on hiatus’ while the other finds themselves. But who knows, by the time they’ve made their mind up, your love for them may have gone!

“I don’t wanna wait in vain; it’s me love that you’re running from.”

Covered by no less than Bruno Mars, Bad Religion is a pretty moving song with some great imagery.

I love the opening: “Taxi driver, be my shrink for the hour, leave the meter running, it’s rush hour”

He’s clearly down on his love for another who won’t love him back:

“This unrequited love, to me, it’s nothin’ but a one-man cult, and cyanide in my styrofoam cup”

He says to be in love with someone who could never love you is a bad religion, and he’s probably got a point!

This song was soooo huge in the ’80s and is one of the best unrequited love songs ever made.

It tells the story of a drama professor who’s got the hots for a blind student. He’s tortured by his feelings for her, but she doesn’t know. At least, what he thought she didn’t.

“I’ve been alone with you inside my mind, and in my dreams I’ve kissed your lips a thousand times, I sometimes see you pass outside my door”

The kicker comes at the end, where she conjures up a pretty life-like clay sculpture of him in pottery class – signature ’80s mullet hairstyle, mustache, and all.

“Stacy’s Mom” by Fountains of Wayne

In a nice twist to the typical unrequited love song, the protagonist here is not in love with Stacy…but rather her mom!

Fancying your friend’s mom is a plotline straight out of an American Pie movie!

“Stacy do you remember when I mowed your lawn? Your mom came out with just a towel on”

Since Stacy’s did up and left, he thinks her mom could do with a guy like him.

“Wait a minute Stacy can’t you see, you’re just not the girl for me, I know it might be wrong but I’m in love with Stacy’s mom”

We never get to hear what Stacy thought about the idea!

“I Can’t Make You Love Me” by Bonnie Raitt

A song by Bonnie Raitt and covered by everyone from George Michael to Bon Iver.

It’s easily one of the best songs about unrequited love, with some beautiful lyrics.

The protagonists have a physical relationship, but she wants more. “I’ll close my eyes, then I won’t see, the love you don’t feel when you’re holding me”.

In many ways, the song is also about the pain and hesitation of moving on. Like a gambling addiction, she’s always just one night away from winning his heart:

Ever fallen for someone who is in a broken relationship, where you know they’d be so much better with you, but they can’t see sense?

That’s the gist of this ballad from ’90s rock band Mr. Big.

In it, the singer knows what the girl has been through and wants to help pull her through and be the “next in line”.

“I’m the one who wants to be with you, deep inside I hope you feel it too”

Whether she will or not, is an entirely different question.

It’s about a man who is completely obsessed with a woman…he’d catch a grenade, throw his hand on a blade, jump in front of a train just to win her love.

The love he feels isn’t mutual though “I would die for ya, baby, but you won’t do the same”, and he’s left to drag a piano up a hill (see the video).

My advice is to get over it. No one is worth this amount of pain.

“Just a Friend to You” by Meghan Trainor

An unrequited song for Ukulele here, Just a Friend to You is a confessional song to her friend about just how great a friend they are.

There’s no overt suggestion of romance, but read what you will into the words for yourself.

“Not in That Way” by Sam Smith

From Sam Smith’s album In the Lonely Hour, the song talks about his feelings for a friend, but who he imagines will say “believe me, I love you, but not in that way”.

Eric Clapton had been given the book The Story of Layla and Majnun by the Persian poet Nizami Ganjavi, a love story from the 12th-century.

It tells the story of a young man who falls hopelessly in love with a beautiful young girl (Layla). Layla is married off to a man she did not love, which results in Majnun’s going crazy.

Clapton was infatuated with Pattie Boyd, George Harrison’s wife at the time, so the story really resonated with him as Pattie was unhappily married to Harrison, but wouldn’t leave him.

It’s one of the class songs about unrequited love by one of our greatest songwriters.

“Why Can’t This Be Love” by Van Halen

On the face of it, this ’80s pop-rock classic is no lyrical masterpiece. On closer expectation, it’s got a bit more going on than you’d expect.

It ponders this: do we always know when we’re in love? Told ya, pretty deep!

The protagonist in the song is confused:

“Oh here it comes, that funny feeling again winding me up inside”

He can’t recall feeling like this about anyone else, “this blows ’em all away”

But in true rock god fashion, he doesn’t want any strings: “I’ll be damned if I’ll get hung up on the line”

He posits the question, “so tell me why can’t this be love?”

Beware, this bubble gum pop song is a total earworm!

You’ll have “Hey, I just met you and this is crazy, but here’s my number, so call me maybe” ringing around the brain!

It’s a very simple song about meeting a guy and asking him to call you sometime. Or is it?

There’s an absolutely brilliant interpretation of the lyrics of the song as a time travel drama!

It would take too long to recount, but follow this link and search for the reply that starts with ‘I’m surprised that no one has figured this one out yet!’.

I don’t think the time travel theory stacks up, but perhaps my future self would disagree 🙂

“Everything You Want” by Vertical Horizon

Ever met someone who is perfect in every way?

The only snag? They bore you to tears.

That’s the premise of this song. “But he means nothing to you, and you don’t know why”

“Just My Imagination” by The Temptations

This classic song from soul group The Temptations was a no. 1 chart-topper in the US and later covered by the Stones, among others.

It tells the story of a guy who imagines he has the dream girl… “I say to myself, you’re such a lucky guy to have a girl like her”.

He imagines he has “a cozy little house in the country, with two kids maybe three”.

But it’s all made up… “it was just my imagination, runnin’ away with me once again”.

A song about how two people can have a connection but have many obstacles in the way.

So why are we losing time, from something that can be great?

Which is Your Favorite of These Unrequited Love Songs?

As we’ve seen, there are so many great songs about unrequited love.

I hope listening to these songs helped in some way. Or if you needed a top-up of songs to listen to, hopefully you found some new ones!

One last word…remember, love isn’t everything. Friendship is a wonderful thing too -in fact we dedicated a whole article to songs about friendship which you ought to check out..

“I Won’t Give Up” by Jason Mraz

“You Don’t Know Me” by Ray Charles

“I Hate Myself for Loving You” by Joan Jett & The Blackheart

“Teardrops on My Guitar” by Taylor Swift

“The Heart Wants What it Wants” by Selena Gomez

“Dreaming with a Broken Heart” by John Mayer

“Jar of Hearts,” by Christina Perri

“If” by Janet Jackson

“You Are Not Alone” by Michael Jackson

“Unchained Melody” by the Righteous Brothers

“How Can You Mend a Broken Heart” by Al Green

“Two Out of Three Ain’t Bad” by Meatloaf

“Need Ur Luv” by Charli XCX

“Almost Lover” by A Fine Frenzy

“You Sent Me Flying” by Amy Winehouse

“Why Don’t You Love Me” by Beyoncé

“Put You in a Song” by Keith Urban

“Ruby Don’t Take Your Love to Town” by Kenny Rogers

“He Stopped Loving Her Today” by George Jones