11 Best Songs about Wanting Someone so Badly it Hurts 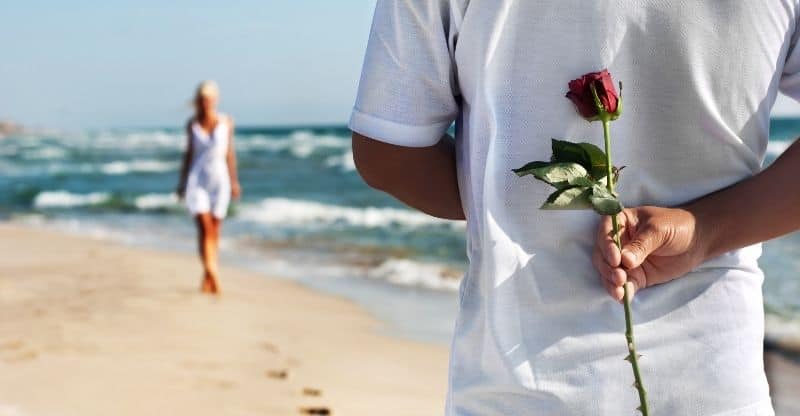 Have you ever felt intensely attracted to someone? Like you really want them?

Well, you’re not the only person who’s experienced desire like this. In fact, many of the great romantic works of art and literature were borne out of a deep fascination (or obsession) for someone.

Desiring after someone is a common urge that people experience every day, including a ton of songwriters. In fact, as you’re about to see, there are some very fine songs about this moment you get the feels.

So, without further ado, here are some of the best songs about wanting someone.

I Want You (She’s So Heavy) – The Beatles

Written by John Lennon about his all-consuming love for Yoko Ono, this superb blues track incorporates long stretches of repeated chords, minimalist lyrics (only 14 different words in the whole song), and an epic four-minute finale with Lennon and Harrison’s overdubbed guitars. The song has also taken on historical significance, as it was the last time all four Beatles were in the studio together. The boys did alright.

I Want You – Bob Dylan

Here’s Dylan at his stream-of-consciousness best and a great example of how his songwriting in the mid-60s was so revolutionary. It’s a radio-friendly (3 minutes), bubblegum pop song with a straightforward chorus, but the verses are an entirely different story. The “lonesome organ grinder”, the “dancing child with his Chinese suit”. It reads like something out of a literary novel (think Proust or Rimbaud), not a pop song. We have Dylan to thank for making popular music more interesting.

Here’s a classic song about loving someone you can’t have, a feeling most of us can relate to at some point in our lives. The narrator is secretly in love with her male friend, who has no idea about her feelings for him. She wants him badly and knows she’d make a much better girlfriend than her (“she’ll never know your story like I do”, she sings). Alas, like a bit of a numbskull, he’s blind to all that. Get a grip, dude!

Related: see our playlist of Taylor Swift’s most popular songs.

I Want You – Marvin Gaye

Written by Motown songwriter Leon Ware and Diana Ross’ brother, ‘T-Boy’ Ross. He wants this girl but wants the love to be reciprocated (“I want you to want me, too.”). He reminds her, “don’t play with somethin’, you should cherish for life”. Legend has it that Gaye was infatuated with a girl who used to visit the studio (she used to visit with her mom who was a massive Gaye fan) to watch him perform – he ended up marrying her. As you do.

I Want You – Kings of Leon

A fan favorite here by Southern rockers Kings of Leon. Their lyrics are often a little explicit, and this one is no different. The narrator sees the girl he fancies on film (“the video proof”) getting intimate with another guy, and although “this is only bringin’ me down,” he still wants her. She needs to get hold of that movie ASAP and have it taken down!

I Can’t Make You Love Me – Bonnie Raitt

Here’s another song about wanting someone when the feeling isn’t mutual. In this refreshingly honest song, the singer knows this is her last night with her man who has told her they have no future together. In the morning, it will be over and she’ll walk away. The band Bon Iver also do a superb version of this song we feature on our songs about not being good enough playlist.

I Wanna Be Your Lover – Prince

This early Prince song became a popular choice at his much-missed live shows (who’s with me in still finding it hard to accept he’s dead?). Here, a humble-sounding Prince sings “I ain’t got no money” but assures this girl he can give her something all the other guys can’t (namely, a good time in the bedroom).

Many of the songs on this list are about having a crush on someone from afar. This one is a little different. It’s about missing someone after a breakup. You know the feeling. Even though you’ve split up, you still reminisce like crazy about this person and wonder if they also do the same. He resigns himself to accepting that he’ll just have to pretend he’s ok, even though he’s still hurting inside. When he sees her face to face “I can’t make it seem, like I want you.”

Here’s a song about two lovers setting aside their differences after a breakup. Ora has parted ways with her lover but realized she’s made a big mistake. It might be too late to win him back, though. The final verse sees 6LACK, playing the character of the jilted lover, admitting he still has feelings for her (and has resisted the advances of many other women). So they’re back on. Yay!

I Want Your Love – Chic

A song that came to Chic founder Nile Rodgers in his sleep (a productive night’s sleep then!), ‘I Want Your Love’ was originally intended for soul group Sister Sledge but Rodgers decided to make it Chic’s follow-up single to ‘Le Freak.’ It was revisited in 2015 when Lady Gaga and Rodgers recorded it together. Try playing this and not tapping your foot. I dare you. I double dare you.

In this famous song that’s appeared in countless films and TV shows through the years (including the movie Boogie Nights), the singer has a crush on Jessie’s girl. He’s “holding her in his arms late, late at night” and the narrator is green with envy. The dude needs to get out more!