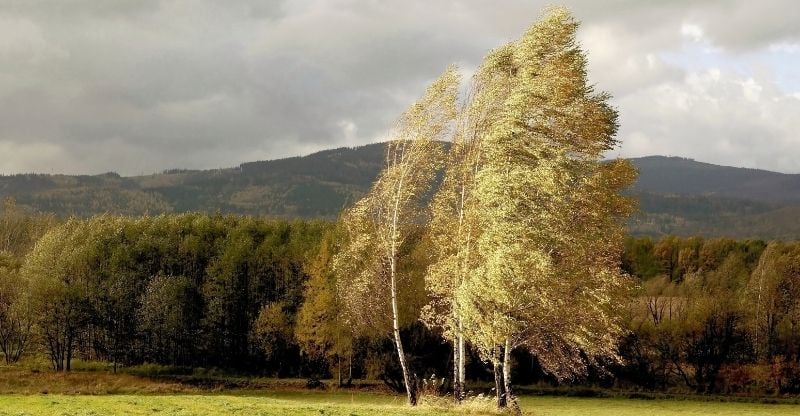 The wind is something we all take for granted. That is, unless you sail a boat, operate a wind turbine, or fly planes – those people take it very seriously!

There are lots of types of wind: from gentle gusts and breezes to potentially catastrophic winds, such as hurricanes. But, as we’ll see, wind (or windy weather) is most often used as a metaphor in songs.

This barn-burnin’, bluegrass tune by the Zac Brown Band is a lot of fun. The brilliant video directed by Mike Judge (the guy behind Beavis & Butthead and King of the Hill) is awesome. Dude :p.

From the 1987 film Dirty Dancing, here’s a song about a guy who fancies a girl but thinks she’s way out of his league. She’s elusive, like the wind.

This song about long-lost love was written by Canadian singer Ian Tyson, but it was this Neil Young who took it and turned it into this evocative masterpiece. It became one of Young’s finest moments.

It’s said Hendrix wrote this after an argument with his girlfriend about her cooking. According to pop trivia, her mashed potato was a little lumpy for Jimi’s liking, which flung him into a mood. So the story goes.

Of course, it could be about marijuana (which is also known as ‘Mary Jane’. Creedance Clearwater Revival’s ‘Proud Mary’ is also a reference to the old wacky backy – check out our playlist of songs about rivers to hear it).

Here’s a song about societal change. It was written about the fall of the Soviet Union, but when the Berlin Wall fell, it became the unofficial anthem for German Reunification.

Blowin’ In The Wind – Bob Dylan

Dylan took an old slave song (‘No More Auction Block’) and repurposed it into one of the most famous songs about world peace, despite Dylan saying it isn’t a protest song. It was Peter, Paul & Mary’s cover of the song that put it on the map.

Wind Beneath My Wings – Bette Midler

Here’s a gratitude song that pays homage to other people for helping them out. It applies not just to lovers but to family members, friends, whoever has looked out for you.

Candle In The Wind – Elton John

This song took on a life of its own when Elton John played it at Princess Diana’s funeral. Known as ‘the people’s princess,’ Diana was loved the world over. The lyrics (written initially for Marilyn Monroe) perfectly captured the feeling of a nation.

A song about an outlaw on the run to Mexico. The Eagles Don Henley helped out on the vocals, making it into a runaway debut for the Australian.

Against The Wind – Bob Seger and The Silver Bullet Band

In this superb song by Bob Seger, the narrator reminisces about a relationship with his old love (a girl called “Janey”). Then, he casts his mind back and realizes they were running against the wind – they had everything stacked against them.

In the final verse, the narrator brings us to the current day and admits he’s still running against the wind.

The second Dylan song on the list, ‘Idiot Wind,’ appeared on his return-to-form album, Blood on the Tracks. It’s a scornful tale about a romance gone wrong and an admittance they were both foolish to even think they could make it work.

To hear another track from this classic album, check out ‘You’re Gonna Make Me Lonesome When You Go’ which we feature on our lonely songs playlist.

A breeze is a light wind, and in this song, a summer breeze “makes me feel fine.” The line “blowing through the jasmine in my mind” refers to the sweet-smelling flower that blooms in the summer.

It’s well documented how turbulent Lindsey Buckingham and Stevie Nick’s romantic involvement was. The song is from their acclaimed album, Rumours. “Listen to the wind blow, watch the sunrise,” they sing.

From the 1969 musical Paint Your Wagon, the protagonist of the song asks the wind to blow his lost love all the way back to him. That’s asking quite a lot of the wind, dude 🙂

Wild is the Wind – David Bowie