15 Songs about Wine With Lots of Body 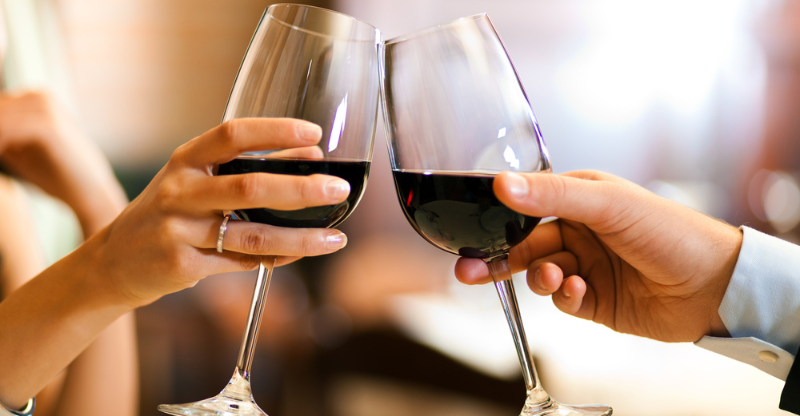 From folk-tinged songs by Johnny Cash to the biggest hits of ’90s country, wine plays a pivotal role in many of the stories songwriters and artists tell, whether they’re drinking wine or remembering someone. In 1997, Deana Carter’s ‘Strawberry Wine’ was awarded Single of the Year, and ‘Red Red Wine’ is one of the most popular reggae songs of all time.

Pour your favorite blend, or in the words of Billy Joel, “perhaps a bottle of rosé instead,” and raise a glass as you listen to this playlist featuring songs about wine.

“I got a little bit of smoke an’ a whole lotta wine.” Hank Williams III carries on the family tradition with his song ‘Smoke & Wine,’ which tells the story of a down-and-out cowboy whose woman has left him. Hank Williams Jr. is one of country music’s most storied legends, making a career out of a slew of outlaw hits. As Hank Williams III tells his “hillbilly hell-raiser” story, the listener realizes the legend of the Williams boys lives on.

I Will Drink the Wine – Frank Sinatra

“Someone said, drink the water, but I will drink the wine.” Sinatra’s 1971 release of his album Sinatra and Company features a single verse with a few lines repeated multiple times. Within these few lines, you learn that this is a song about feeling lonely. Though he’s given flowers and gifts by people who wish to have some time with him, Sinatra continues to choose wine every time to help him cope.

It’s hard to believe Neil Diamond originally wrote this classic reggae hit. He recorded it and released it as a single in 1967. When UB40 recorded it in the ’80s, they had no idea they were covering a Diamond tune. They only knew about Tony Tribe’s island version of the song from 1969. This is one of the most well-known wine songs.

Related: See this song on our list of songs about drinking.

This beautiful song was originally written by James Alan Shelton and recorded by singer Eartha Kitt in 1953. Written as a confession of love from the protagonist’s viewpoint for their vice of choice, Lilac wine, the listener soon realizes the lyrics are about more than just a bottle of wine. Many artists have covered this tune, including Nina Simone and Jeff Buckley for his album Grace.

Related: This song features on our playlist of flower songs.

Nancy Sinatra helped put this Lee Hazlewood tale on the map in 1967. The early pop-country tune tells the story of a “femme fatale” type who seduced an unsuspecting man with the help of a bit of wine. Though she turns his life upside down by stealing his money and leaving him penniless, he still longs for “more of her wine.”

Related: Enjoy your ‘Summer Wine’ with this summertime songs list.

One of the biggest hits of ’90s country finds singer Deana Carter reminiscing about her first love. ‘Strawberry Wine’ is a direct reference to Boone’s Farm Wine, a popular inexpensive drink teenagers would imbibe while on first dates. In 1997, the Country Music Association named the ballad Single of the Year.

Related: Listen to more songs with strawberry in the lyrics.

“The air is sweet as Melva’s wine.” Told from the perspective of a widower living in “Kingston Springs,” the heartbreaker of a song tells the story of his love Melva who used to always make him sweet wine. The widower reminisces about her as the anniversary of her death nears. As he recalls memories, he confesses, “‘Cause it was last year about this time that Melva made this glass of wine.”

Related: Find comfort with this list of songs about death.

An early ’70s collaboration between Elton and his longtime friend and co-writer Barry Taupin featured the cheeky tune on the B-side of “Crocodile Rock.” The song zeroes in on Taupin’s humble roots while poking some fun at down-home living. The song features a man whose wife has left him because she got tired of waiting on him hand and foot, including constantly serving him “Elderberry Wine.”

Related: Hear ‘Crocodile Rock’ on our list of songs with animals in the title.

Good Friends and a Glass of Wine – LeAnn Rimes

Country singer LeAnn Rimes drew inspiration from her group of close friends for her tune ‘Good Friends And A Glass of Wine.’ One of Rimes’ favorite activities is kicking off the weekend with a hangout session at her house with some of her favorite vino brands. The fun song captures her good times during her Friday night parties.

Related: Head over to our list of sister songs.

This early ’80s B-side single features two country music legends with George Jones teaming up with Merle Haggard. The tune was first written by the country outlaw himself, Willie Nelson. A song about a cowboy reminiscing on his travels at the request of a visiting friend, Jones’ and Haggard’s version went to number one on the charts and made it a 1980s country classic.

Written from the viewpoint of a male victim of domestic abuse, artist Hozier recorded ‘Cherry Wine’ for his 2014 self-titled EP on the rooftop of a vacant hotel around 5 a.m. The song has gone on to resonate with a wide array of abuse victims and was used as a single to help domestic abuse charities, including the UK’s Women’s Aid.

Carrie Underwood uses alcohol as a metaphor in this song about romances after truly falling in love and never measuring up. The ballad tackling heartache and regret was written by the award-winning Nashville songwriter Dave Berg who’s also worked with artists such as Rodney Atkins. The tune appears on her popular 2012 album Blown Away.

Related: You’ll be sorry if you don’t listen to our regret songs list.

Legendary artist Delbert McClinton wrote this country tune recorded by Emmylou Harris. The song tells the tale of a protagonist whisked far away by a lover only to be left to fend for themself all alone. The chart-topper was later recorded by Cheryl Crow, who paired up with Vince Gill for the cover. It appears on a tribute album to Emmylou Harris, released in 2016.

Before War scored several top hits, they were known as Nite Shift. The band backed up legendary defensive football player Deacon Jones, who was trying his hand at becoming a singer. But once the band teamed up with Eric Bourdon singing lead, they became War, and the rest they say is history. War’s drummer, Harold Brown, has said in previous interviews this is a tune celebrating the beauty of all women.