19 Best Songs about Words and Their Importance 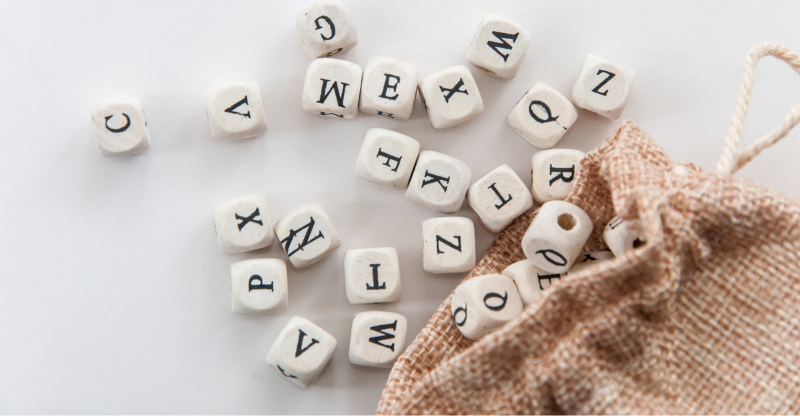 Words are an important part of life; it’s hard to communicate without some kind of written or spoken communication to fall back on.

The song’s narrator asks a lover to show their love rather than say it since showing it would be more powerful than the latter. The lyrics highlight an important truth: actions speak louder than words, and showing love is more important than declaring it.

Words of Love – The Beatles

The protagonist of this track wants his love interest to tell him how she feels about him, assuming that she will say she loves him. This was originally a 1957 Buddy Holly track and the only one of his songs to be covered by The Beatles.

Related: Listen to the best songs about a crush.

Words (Between the Lines of Age) – Neil Young

This somewhat abstract song highlights how words connect us through speech and song through the ages. The song also appears to seek to make sense of the daily goings-on of life through words. An impressively long 16.5-minute version also exists, which features the same lyrics but a much longer instrumental section.

Related: Check out the best songs about time.

Pink Floyd sings of being frustrated to the point that you don’t know what to say about the situation. This track is believed to be a criticism of the band’s former leader Roger Waters, who rudely rejected an invitation to re-join the band. It is also believed to be a final shot at Waters on the group’s last album.

Word on a Wing – David Bowie

David Bowie was experiencing spiritual confusion, loss, and hopelessness when he wrote this song, which was released in 1976. He has said that his cries to God protected him from the darkness and emotions he dealt with on set for the film The Man Who Fell To Earth in the 1970s.

Did You See the Words – Animal Collective

This track discusses the many complications and mistakes that thoughtless and accidental acts of passion can lead to in one’s life. This is the first track on the Animal Collective album Feels, released in 2005. The song reminds listeners that life’s actions may have long-lasting consequences.

This oft-sampled track takes a dig at rappers who delve into murkier topics with their songs rather than making dance-fueled tunes. Cameo used the phrase “word up” to create the character and personality in this track that served to criticize other musicians. The band’s typical funk sound was mixed with rap in this track to create a unique mixture that led to ‘Word Up’ becoming a hit.

Related: If you want to keep dancing, here are some good party songs.

The protagonist here will give everything to his lover if she does the same for him and declares her love for him. ‘Words’ was written for the film The Mini-Affair, known as The Mini Mob in England. An argument among the brothers in the band showed them how powerful words are, inspiring the creation of this piece.

Here, Christina Perri sings as a woman who wants her lover to feel the same as she does about him and to admit to those feelings. She wants him to feel safe with her and open up, no matter how hurt love has left him in the past. The song highlights the importance of vulnerability in romantic relationships.

Mitski reflects on love and life during a turbulent and frightening flight in this track, seeming to think that this is the end of her life. The descending plane is referred to as a star within the lyrics, but the star could also be referring to Mitski as she falls from the sky.

Carly Rae Jepsen tells a lover that it is too late to proclaim love for her since she is done with the relationship and isn’t turning back; the “right words” are coming at the “wrong time” for their relationship. This track reminds listeners to appreciate their loved ones before it’s too late.

Better Than Words – One Direction

One Direction created a unique song with this piece—the verses consist of titles of other artists’ love songs. These titles are supposed to show that a love relationship is so strong that only these song names can describe it, but even they aren’t good enough to truly explain the powerful feelings between the two lovers.

This song is all about expressing anger through words. It was meant more as a general expression of frustration than an insult to a particular person. The track was written during an isolated and intense period in Seether frontman Shaun Morgan’s life.

Related: Head over to the best songs about emotions.

The protagonist here sings about a former lover who is going down a dangerous path in life. At the same time, he yearns to try out her lifestyle, even though he is trying to remove himself from the situation. He seems to think his old flame doesn’t see the damaging truth of the life she’s living.

This collaboration is about freeing yourself from the injustices and struggles of your hard life. The Kanye West track features both Freeway and Mos Def and uses a well-planned and fast-paced beat that emphasizes its energy and main theme.

This track’s narrator is brushing off feelings of anger and isolation; he seems to be dealing with a trauma of sorts. He feels disdain for others’ good times and carefree natures, which he doesn’t believe they would experience if they had been through what he has. Even though he feels bitter, he continues to attempt to view the situation with some emotional distance.

If I’d Found the Right Words to Say – Snow Patrol

The protagonist here seems to regret that he didn’t save someone he cared about from a harrowing situation. He needed to find “the right words to say,” but it never happened. Now he’s dreaming of what could have been if he’d communicated his love and support before it was too late.

Related: Hear more great songs on our list of the best songs about regrets.

Sometimes, two people love each other passionately, but their lives and ambitions get in the way of being together. That seems to be the main conflict in this Scissor Sisters song. Still, the narrator seems to hold onto a bit of hope for an improved future for the two lovers.

Johnny Cash sings of Biblical times and Jesus’s sermon on the mount in this spiritually significant track. He calls Jesus’s words beautiful, highlighting their importance for people of the Christian faith. The song appears on Cash’s album The Holy Land, released in 1969.